Why are drug sniffing dog jobs going up in smoke?

The legal cannabis market results in countless employment and entrepreneurial opportunities for the masses. But for some drug sniffing dogs, the legalization of cannabis is unwelcome. For decades, many highly trained dogs spent their days sniffing around the interior of cars and airport suitcases. But with legalization, many now find themselves out of a job.

Why Cannabis Puts Drug Sniffing Dogs Out of Work

Dogs are unable to lift one paw for cannabis and the other for cocaine⁠. This is an inconvenience for the authorities. In many legal jurisdictions, members of the public can carry small amounts of cannabis through airports or in vehicles. If drug-sniffing dogs constantly alert authorities to the scent of a compound, there’s no way to know if it’s now-legal cannabis, or something less benign.

It’s highly inefficient for the authorities to search each suitcase or car trunk only to find cannabis. The issue becomes even more complicated when it comes to the legal implications. 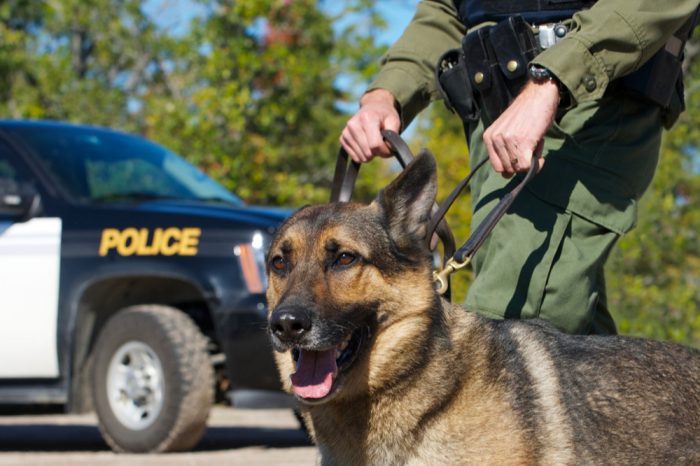 The Legal Implications of not Retiring Drug Sniffing Dogs

Post legalization, the authorities lose probable cause to search a car with a dog trained to sniff for cannabis. This is being used against them by canny lawyers. For example, in a 2017 case in Colorado, a dog detected a scent in a car. Police ultimately found methamphetamine residue in the car. However, the judge ruled that because the law had changed, the dog’s cannabis-sensing nose⁠ should not have been used in the first place. This happened even though no cannabis was found in the vehicle.

In such cases, it’s all too easy for a defense attorney to raise doubt by asking if the dog received training in cannabis detection. Such instances lead authorities to retire older drug-sniffing dogs. In Canada, in the months leading up to federal legalization, the RCMP retired fourteen drug-sniffing dogs. With the impending national legalization, their noses were a liability.

Can You Teach an Old Dog New Tricks?

It’s challenging and not economically viable to try and retrain a drug-sniffing dog. The neural networks within their brains are strong, and that’s time-consuming to reverse. Retiring such dogs and replacing them with newly trained canines with no experience in cannabis detection is now the norm.

Even if dogs do undergo retraining, they may still face scrutiny by defense lawyers, given their initial training to detect cannabis. The possibility of a false positive is too high. So training new dogs to detect substances aside from cannabis is the only viable option for authorities.

RELATED  Everything You Need to Know: Carbon Filters for Your Indoor Grow

How to Train Drug Sniffing Dogs

Dogs have 300 million olfactory receptors in their noses, and the section of their brains dedicated to interpreting scents is forty times larger than the same one in humans. With some simple training techniques and a little patience, trainers harness this ability to a remarkable degree.

Drug-sniffing dogs have no interest in the compounds they search for. To them, it’s merely a game; find the drugs, and then get the toy. Their training revolves around the innate drive that canines have to hunt.

Training involves two different types of alerts; passive and aggressive. With the aggressive alert, dogs search where they smell the drugs (without causing damage). The passive approach occurs when a dog searches for explosives. In this case, any digging could be highly dangerous, so the dog simply sits beside the source of the scent.

During their initial training, dogs receive a reward when they show any form of interest in the target scent. As the dogs progress with their training, the handlers begin to increase the challenge gradually. They encourage the dog to react in specific ways to the detection of a scent, examples of this are sitting, barking, or staring.

Often confronted with several boxes with a hidden scent, dogs must ascertain which one harbors the offending scent. Once detected the animal will act out the desired response. The handler will then open a section of the box where the reward lies.

To earn a certification, drug-sniffing dogs undergo extensive training that lasts for months. Regular retraining is also a part of the protocol in ensuring that their skills remain honed. 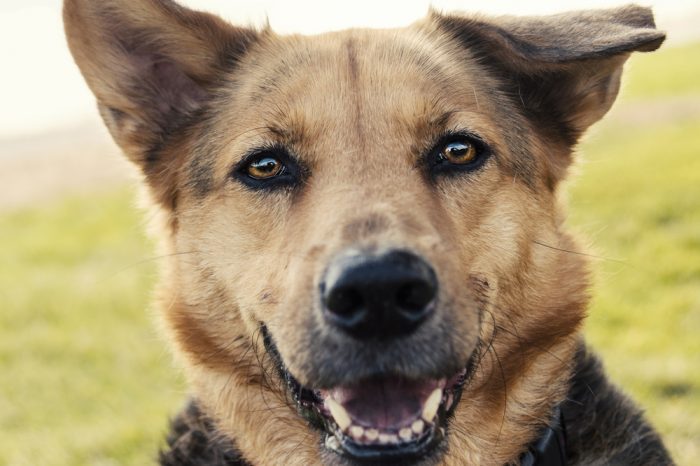 How Much Does it Cost to Train Drug Sniffing Dogs?

It costs approximately $40,000 to acquire and train a drug-sniffing dog. And while it’s a huge expense, the investment pays off over the working life of a dog, which can extend to between ten and twelve years. Any dog with extensive training in sniffing out illegal narcotics may ultimately detect drugs with a street value much higher than the costs of training. When it comes to drugs like fentanyl, the societal benefits provided by our canine friends are invaluable.

Retired From Work, But Not From Life

Just because dogs trained in cannabis detection are no longer a viable option in some jurisdictions, that doesn’t mean they can’t find a loving home. These dogs are often extremely social, calm, and friendly. They’re great with kids, and usually re-homed for a very modest fee to the right family.

But just what happens if you spark up a joint in the back garden with that retired labrador by your side is not so clear just yet. But as the saying goes, the harder you work, the harder it is to surrender.