When the well runs dry, dry farming techniques may well be the answer.

Dry farming is a method where the name of the game is preserving the moisture in the soil and harnessing it effectively for optimal growth and minimal intervention.

What is Dry Farming?

If there was ever a signal that the ingenuity of humankind can cope amid rampant climate change, then it may well be dry farming. In areas where drought is common, dry farming is fast becoming the new way to grow crops.

Dry farming is a method of agriculture that relies on little rainfall and no irrigation. Dry farming relies upon the efficient preservation of the low moisture levels within the soil. It is a method utilized in conjunction with crops that utilize these reduced moisture levels efficiently. The practice is common in places where drought is frequent and has even been adapted to successfully cultivate cannabis.

In a way, the term dry farming is misleading. The truth is that no plant will survive without the presence of water. But when the cultivator can’t irrigate the land, just where does the water come from?

Perhaps the best way to describe it is to imagine a dry sponge that sits in a tray with a thin layer of water. That thin layer of water represents the water table below, and the bottom section of the sponge — the soil — will begin to absorb the water. The top of the sponge represents the topsoil and will appear dry, barren and infertile to the untrained eye. But the secret to a dry farm is to till the top few inches of the soil. As the top of the sponge is aggravated, more of that water from beneath is pulled up. It then becomes available to anything rooted into it. Once tilled, the soil gets rolled to seal in the moisture and ensure it can’t easily evaporate off in the baking sun.

Soiled treated in this way will stay moist for a surprising amount of time. The secret to retaining that water is the timing of the planting and tilling. If any rainfall manages to evaporate before the prepping of the soil concludes, then the system fails. In strict dry farming practice, there’s no irrigation system to bail out those who get it wrong.

Finding the formula that works is hard. People make mistakes. It’s challenging, but rewarding for those who see the broader picture. 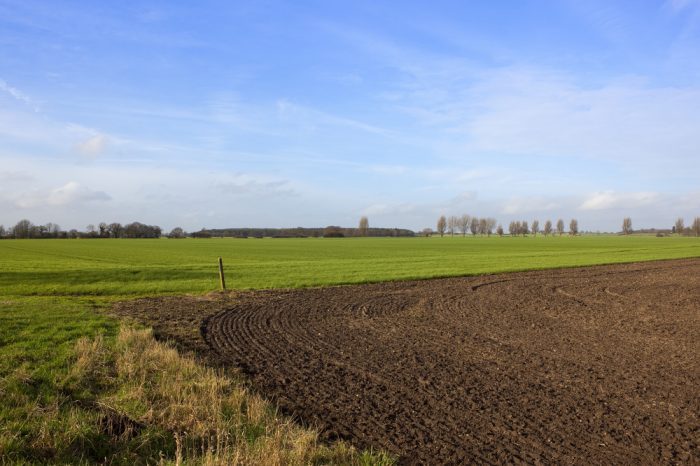 Dry Farming and the Effects on Flavor

Appearances can be deceiving. And any plant not watered abundantly may well look half-dead by the time harvest comes around. Cannabis is no different and the interesting consideration is that water dilutes. The fruiting bodies of any plant will actually end up being more flavorful due to lack of water. Whether it’s tomatoes or cannabis, the same holds true.

In places like Sicily, Morocco, and Palestine, people have carried out dry farm techniques for generations. The rich flavors from the cuisines that arose in these regions were of course produced in the arid and baked soils of typical of these areas.

Due to the fact that there were no fertilizers or amendments, any resulting harvest is a true expression of what lies solely in the soil and the moisture stored within it. With cannabis cultivation, this means a lack of the saltiness associated with plants grown with bottled nutrients. Rich and pungent flavor profiles are common due to the abundance of terpenes in the flower.

But not every plant or every variety is suitable for dry farming. So when it comes to cannabis, which cultivars fare best with dry farming techniques?

Not every cultivar will thrive under dry farming techniques. However, there are those that do grow in Humboldt County — the epicenter of California’s cannabis cultivation scene.

California’s struggle with droughts in recent years is common knowledge, and the state itself diverts eighty percent of its water resources to agriculture. As an area in real need of an effective solution to the issue of water conservation, specific cultivars are gaining wide notoriety after growing successfully via dry farming techniques.

Eel River Organics is one such enterprise who have made a name for themselves by selling product derived by such means. By growing cultivars such as Salmon River OG, Sequoia Dream, and Fog Berry, through dry farming techniques, they’ve produced potent flower that has become renowned in the area.

Generally speaking, these cultivars have sedating qualities, perhaps akin in ways to many of the landrace cultivars found in the arid soil of central Asia — think Hindu Kush. These cultivars are noted for their deep pungent scent and abundant terpene quantities.

These hybrids are the result of a long line of complex interbreeding. But, as always, there is a lot at play, and results can be hard to replicate.

Dry Farmed Cannabis and the Effect on Price

Depending on the crop in question, dry-farmed harvests can fetch higher prices. Well-grown cannabis resulting from dry farming techniques often exhibits a rich flavor profile that’s difficult to recreate in standard grow operations. Growers need to find a niche, and in the craft industry, the dry-farming label is often seen as a massive marketing tool. 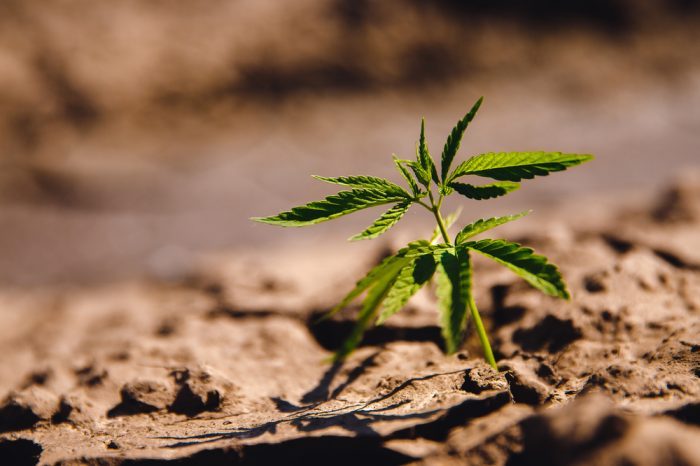 The Advantages of Growing Cannabis With Dry Farming Techniques

On a dry farm, growers don’t pamper plants with abundant water and fertilizer. As a result, they become hardy and soon learn to fend for themselves.

With drier soil, weeds become much less of an issue. Even better, dry crops do not strongly attract insect pests. This means fewer employees, less maintenance, and fewer things that can go wrong provided evaporation doesn’t deplete the soil moisture levels. If anything, it redefines the art of growing. It allows people to farm part-time without the need for constant vigilance. And in many ways it’s perfect for the hobbyist cannabis grower.

The Future of Dry Farming

Many play with drought-tolerant genetics in a bid to overcome the potential issues of water shortages. But dry farming provides a viable alternative for many working with crops that respond to the growing technique.

The lower-yielding technique may not give the lucrative returns of alternate growing methods. However, people could put abundant arid land to use via these techniques. So, it’s likely dry farming will become one of many solutions that help us combat the water shortage that seems destined to come.

The Aquaponics NASA Wants To Use On Mars

Improving Cannabis Soil On A Budget

Which Parts of the Cannabis Plant Have the Highest Potency?