Edibles Will Soon Join The Chaos That Is Weed In Canada

Will the next phase of legalization be smoother than the first? Edibles and cannabis-infused drinks are coming to Canada.

There’s plenty of legal weed in Canada, but it’s not as easy to get as you might think. Largely, that’s because of regulation. A slow-moving licensing office combined with a distinct lack of political will to expedite upcoming laws has thrown the country’s young pot business into chaos. The laws are lagging, overwrought, and yet-to-be-completed.

Yet despite the turtle-paced efforts, the business of weed in Canada has far outpaced what the United States has been able to muster. As America lurches toward country-wide legalization, it would be wise of us to learn a few lessons from the botched rollout in the north.

Coming Down the Pike: Canadian Edibles

In a lot of ways, Canada is more progressive than the US. Nowhere is that more apparent than in its nationalized healthcare service. For only pennies on the dollar, Canadians get better care than US residents do — but that doesn’t mean the system is without faults. One such fault is that Health Canada, the country’s national agency regulating medical treatment, has yet to outline rules for cannabis edibles, which will be legal on 17 October. 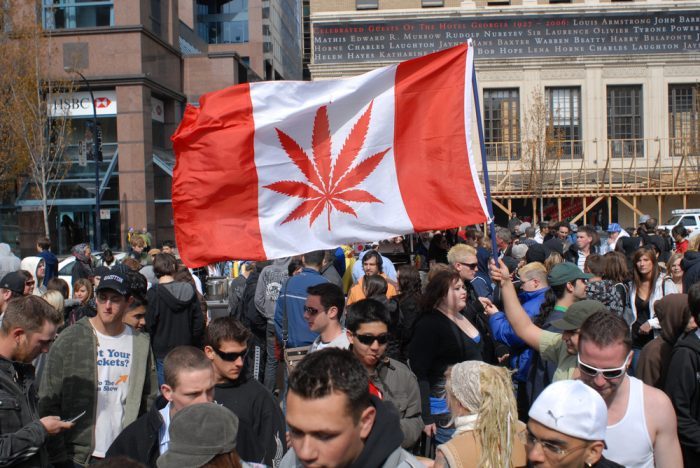 When Canada legalized cannabis, they opted for a slow rollout of weed-based products. This incremental approach was meant be a middle-ground between the majority of Canadians, who wanted legal access to cannabis, and the minority who thought it would bring about the End of Days. In practice, this left everyone unhappy.

For example, take edible legislation. When the Canadian government legalized dried cannabis in October of last year, there were rules in place well before the official start date. This meant growers could plan for a sell-able harvest, shopkeepers could outline their inventories, and patients could research how to consume weed in Canada well before they could actually do it.

RELATED  How Long Do Edibles Last?

Sure, the rules were a bit ridiculous, but at least they existed. Edibles have received no such attention.

So instead of making plans to meet Day 1 demand, many of the largest cannabis companies are sitting back, content to skip out on a few months of profit in order to get into the market on the right foot. That’s fine for large, well-moneyed businesses, but it’s squeezing out the little guy. Mom-and-pop grow-ops and storefronts are having to make tough choices about what to stock/order/plan for next year. They’re doing this without any guidance from Health Canada about what kind of edibles and potency will be legal.

A Patchwork of Rules Confuses the Market

The current system has already led to massive shortages in product. The day after legalization hit, bricks-and-mortar dispensary shelves were empty. Medicinal cannabis came next. This is largely a result of a government that has been too slow to deliver licenses. But another reason for the mess is that packaging rules are so strict that only a few companies could handle it, resulting in supply chain bottlenecks. But there’s a third reason as well: the odd patchwork of rules that governs weed in Canada. 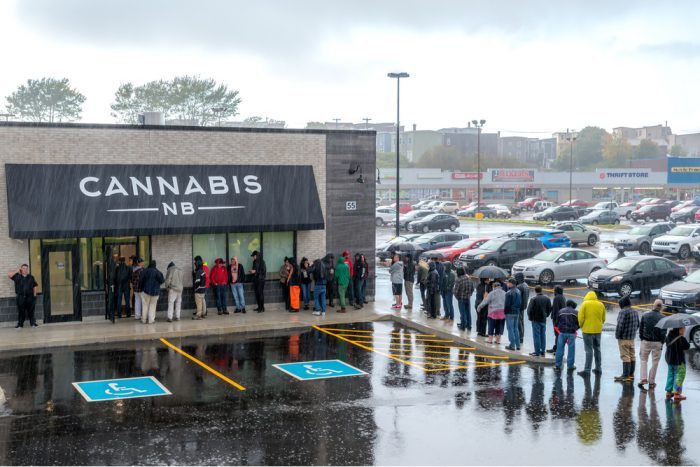 While legalization happened nationwide, each Canadian province has some leeway in how it chose to implement national rules. The federal government gave provinces the power to determine the methods of distribution and sale of weed in Canada. Packaging and advertising rules are the same everywhere in the country. But, the method of getting cannabis from farm to table (or medicine cabinet) is different in almost every major city.

For example, Ontario originally mandated that Liquor Control Board would be sole vendor of cannabis, but eventually reversed its ruling. After some newly elected officials were sworn in, the province decided to take a different route that would allow private retailers to get in on the action. The governments of Prince Edward Island and Nova Scotia, in contrast, decided that weed would be sold only by government-owned stores. Residents of Quebec and Manitoba, unlike many other Canadians, are not allowed to grow their own cannabis.

In one sense, the patchwork of rules is a good thing. Competing ideas will show which provinces have put in place sensible rules. Better yet, it will show which have made ridiculous demands on consumers and sellers. But in another sense, it is a terrible thing for the Canadian cannabis industry on the whole.

The Bottom Line for Legalization

Weed in Canada may light the way for the U.S., but not before some painful growth years. Right now, shortages, nonsensical and unsteady laws, changing regulations, and different rules in different provinces frustrate patients and consumers. While we should expect some growing pains, Canada seems to have shot itself in the foot with a Wild West style roll out of legalization.

That’s the best lesson we can take away from the Canadian experiment. Legalizing is a great goal, but it’s important to set up the system of sales and supply chains ahead of time.  Let all countries working toward legalizing watch and learn.