Everything You Need to Know: Carbon Filters for Your Indoor Grow

There’s nothing more fulfilling for patients than growing their own medicine. But while indoor grows come with many advantages, keeping the overwhelming smell of the potent cannabis plants from filling the house is one issue that crops up time and time again. While air purifiers and odor neutralizers can go some way to combating odor, they’re unlikely to eliminate it completely. The main methods of odor control consist of carbon filters and ozone generators.

Carbon filters are the preferred choice for odor control as they don’t break down or produce alternate recognizable odors like ozone.

When properly installed, carbon filters provide the ideal extraction solution as they effectively filter the odor rather than divert it elsewhere. This offers a critical advantage for those who live in close proximity to others, where neighbors may be offended by lingering odors.

By forcing the air in the grow room through a carbon filter, the molecules responsible for the odor will bind to the activated carbon, while the remaining air passes through unobstructed. 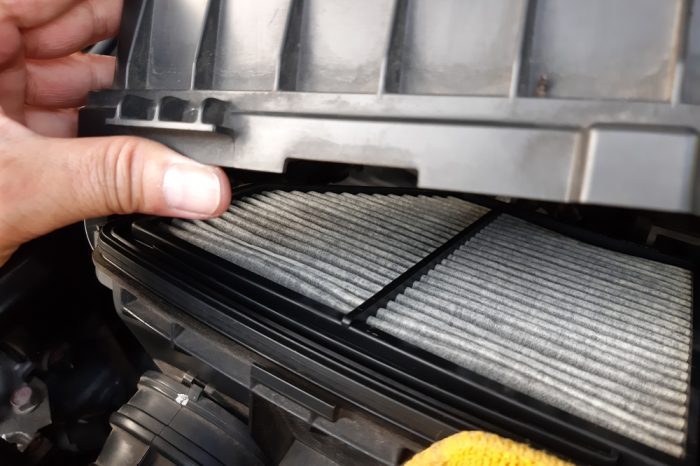 Carbon filters form part of the exhaust path from a grow room. They work best when placed before the exhaust fan, where the air is drawn through the filter as opposed to blown through it. By placing the filter at the end of the exhaust line, and forcing air through it, it pushes air into the home, something that has the added advantage of heating the home in winter. While it may sound like an ultra-efficient use of energy, it’s very important to monitor any excess humidity levels in the exhaust, as they may cause moisture damage within the home.

An alternate way of using a carbon filter is to circulate the air continuously through the filter without exhausting the air. Known as scrubbing, this method is effective at reducing odor and volatile organic compounds in the garden.

How Long Do Carbon Filters Last?

The efficiency of carbon filters deteriorates with time. However, it happens gradually, something that gives the cultivator plenty of warning before needing to change out the filter.

Humidity greatly affects the lifespan of a carbon filter, as they also absorb moisture in addition to odor. When exposed to humidity levels in excess of sixty percent, expect a shorter lifespan. When installed correctly, a carbon filter may perform effectively for up to two years. 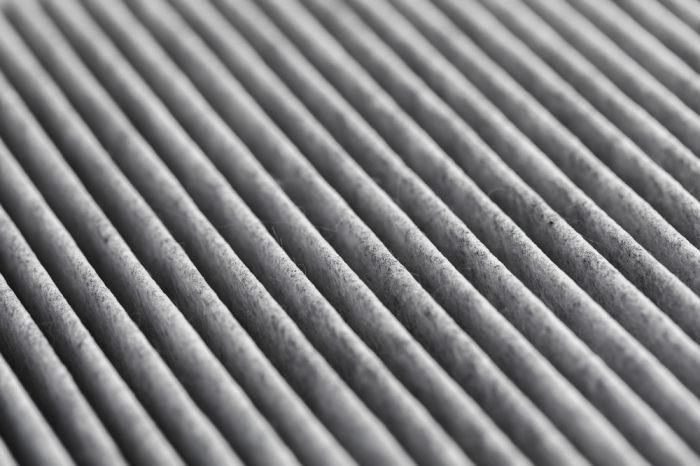 Several factors influence the effectiveness of carbon filters that many novice growers tend to overlook. Matching the amount of exhausted air to the amount of charcoal is important. If contaminated air passes through the charcoal too fast, then the pores in the charcoal won’t absorb the odor molecules effectively. The CFM ratings (cubic feet per minute) of extraction fans determine how much air a given fan will exhaust. This rating must align with the size of the grow for optimal exhausting of odor.

If there is still an odor after extraction, then there may be what’s known as positive pressure in the garden. Further, if there is more air coming into the garden than coming out, then contaminated air will find its way out through cracks in the garden perimeter, or through the intake fan.

If this happens, then installing a backdraft damper on the intake and exhaust ducting will help prevent air from leaking from the garden. Dampers prevent air leakage in the fan setup and are easy to install. They fit directly onto the ducting to prevent a backdraft of air when fans do not operate.

Another solution is to use a device to control fan speed. By operating fans at low speed, growers can maintain a negative pressure in the garden at all times. The disadvantage of this method is the associated extra costs of heating the grow room during colder months and during the “lights-off” period.

Ozone generators are another way to control odor in cannabis grows. Ozone consists of negatively-charged oxygen molecules that seek to stabilize themselves. As the second-most corrosive substance known to man, ozone is dangerous to both humans and plants in high concentrations.

With the safety requirements in mind, to effectively eliminate odor, it’s important to place the ozone generator after the exhaust fan. An additional twenty-five feet of ducting or a baffle box will allow the ozone to mix sufficiently with the odor before exhausting it from the home. It’s vital to match the amount of ozone with the amount of odor present. Where there’s a mismatch in either direction, outside detection of ozone or the odor will result. 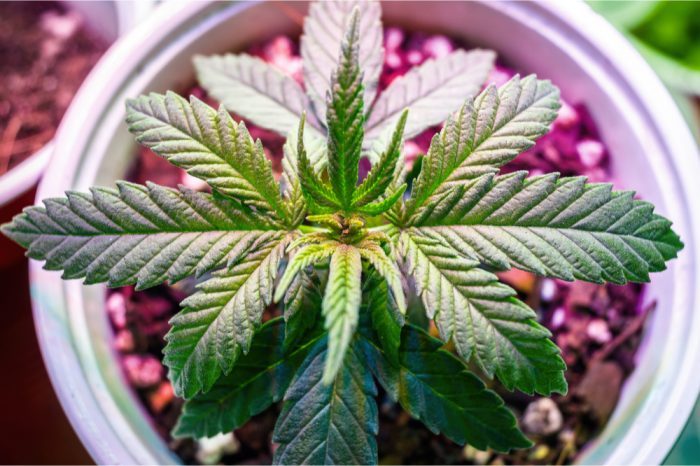 Ozone generators are a versatile option, and their use also can help sterilize a garden in between crops. This helps eliminate fungi or pests that may cause issues further down the line. However, take great care in containing the ozone to affected areas of the garden. If it escapes to other areas of the home, then it may present a real danger.

Know too that other odor-control options exist. These options include neutralizing gels and misters that dispense small doses of scented aerosol. However, these options are less effective than a good carbon filter. They may be sufficient in small grows in areas where odor is not problematic. However, where strict odor control is necessary, a good carbon filter setup is indispensable.