There is a lot of conflicting information about how cannabis may, or may not, affect men’s sexual health and performance. Here are the facts.

Rumors and stereotypes about men’s sexual health have persisted through the years and some of this has become accepted as “fact” when there really is no science to back it up. Add cannabis to that manscape and things get really confusing. Does cannabis lower sperm count? Or increase it? Will smoking cannabis lead to erectile dysfunction? What about libido? Does cannabis lower or enhance male libido?

Certainly, like so many things, the relationship between cannabis and men’s sexual health is more complicated than a single study. So, here’s a look at the persistent beliefs about how cannabis affects men, and what the science actually says.

Will Cannabis Cause Male Sexual Dysfunction?

The idea that cannabis leads to lowered sexual performance has been around since long before “Reefer Madness” played in movie houses for a nickel.

A literature survey published in the Journal of Sexual Medicine (2011,) attempted to corral all the scientific information about this myth into a single place. Many of the studies on men’s sexual health are small, conflicting, and contradictory. Still, the largest and most well-run studies found that cannabis actually helped erectile dysfunction.

A similar conclusion was found in 2018, by another analysis published in the same journal. That study concluded there is no evidence that cannabis contributes to erectile dysfunction, premature ejaculation, or decreased sexual performance.

It also noted the credible evidence that alcohol, cigarettes, and a lack of physical activity all have deleterious effects on men’s sexual health.

In fact, cannabis has shown potential to make men better in bed, not worse. 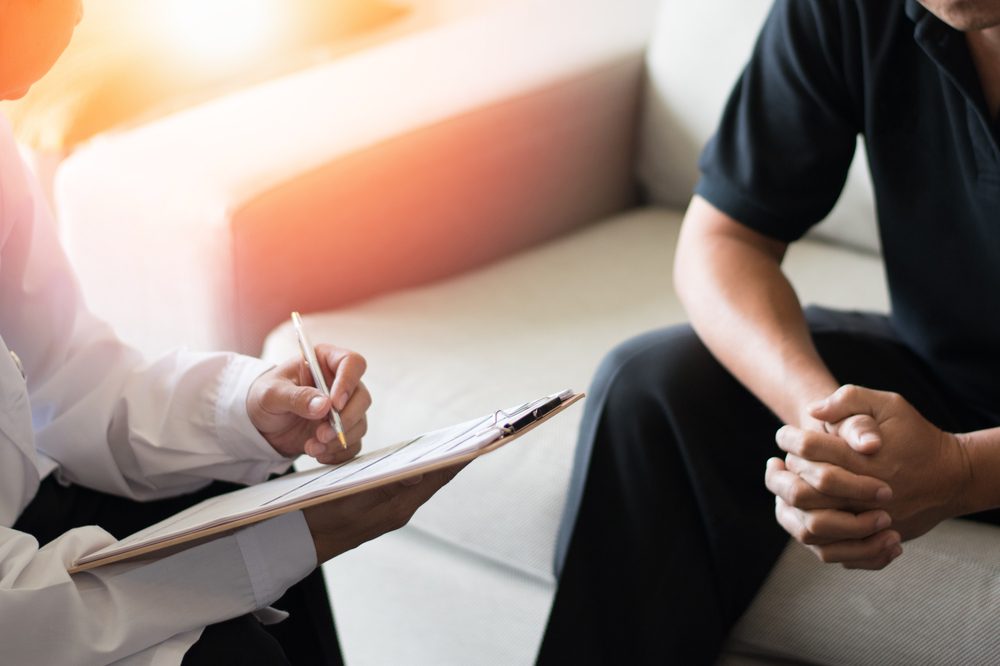 It’s not just tight underwear and prolonged soaks in the hot tub – there have been numerous studies about a connection between consuming cannabis products and a decrease in the volume of sperm men produce.

RELATED  The Day Cannabis Died in America: The Shafer Commission

One study, published in the American Journal of Epidemiology (2015),[1]Gundersen, Tina Djernis et al. (2015). Association Between Use of Marijuana and Male Reproductive Hormones and Semen Quality: A Study Among 1,215 Healthy Young Men,  American Journal of … Continue readingfound that 18-year-old Danish men who smoked cannabis regularly had a twenty-eight percent lower sperm count than their abstaining peers. The study also found that cannabis smokers had increased testosterone compared to cigarette users. Importantly, however, those results were only among a few Danish teens.

A more robust study, published in Human Reproduction (2019),[2]Feiby L Nassan, Mariel Arvizu, Lidia Mínguez-Alarcón, Paige L Williams, Jill Attaman, John Petrozza, Russ Hauser, Jorge Chavarro, Marijuana smoking and markers of testicular function among men from … Continue reading by researchers at the Harvard Chan School, came to a different conclusion. This study showed that men who consumed cannabis at some point in their lives (from once up through many years of intermittent usage) had higher sperm counts and healthier sperm quality than those who abstained.

The sperm volume results were a shock – even to the researchers. Lead author Feiby Nassan, a research fellow in Harvard’s department of environmental health, summed it up neatly in the school’s press release prior to the study’s publication in Human Reproduction:

“Our findings were contrary to what we initially hypothesized. However, they are consistent with two different interpretations, the first being that low levels of marijuana use could benefit sperm production because of its effect on the endocannabinoid system, which is known to play a role in fertility, but those benefits are lost with higher levels of marijuana consumption,” she said. “An equally plausible interpretation is that our findings could reflect the fact that men with higher testosterone levels are more likely to engage in risk-seeking behaviors, including smoking marijuana.”

It should be noted that the study also included the control of testing against cannabis consumers who also engaged in cigarette smoking. Further research is needed, however, into the testosterone connection: Do men with higher testosterone engage more frequently with cannabis?

The stereotype of a lazy stoner couched out, with no interest in sex, is dead. While the image is fading rapidly as many of the healthiest states in the U.S. have been among the first to legalize cannabis, the myth of libido-lowering stubbornly persists.

Libido is a tricky thing to study. Like pain, it’s whatever the patient says it is. Anecdotal reports point to cannabis consumers having more sex than non-consumers, but that doesn’t necessarily mean they have greater sexual desire. There can be no automatic correlation drawn between the two.

A survey published in the Journal of Sexual Medicine (2019),[3]Weiber, Ellen; Just, Alanna. (2019). How Cannabis Alters Sexual Experience: A Survey of Men and Women. Journal of Sexual Medicine. Volume 16, Issue 11, November 2019, Pages 1758-1762. … Continue readingfound that both women and men reported greater sexual desire and enjoyment after consuming cannabis. The participants said cannabis made them want sex more, and have better sex. Perhaps most importantly, it helped relax them during sex, and made them focus more on sensations than other outside concerns and anxieties.

Like so many rumors about cannabis, its negative impact on men’s sexual health can’t be seen under the microscope of science.

Cannabis is far from harming sex drive, lowering performance, and decreasing sperm counts. Instead, cannabis is closer to an aphrodisiac than a sex killer. Further, CBD may even help lower performance anxiety. Meanwhile, the THC can help relieve pain symptoms that can limit desire.

Celebrated sex columnist Dan Savage is a huge advocate of using a little cannabis to open things up in the bedroom.

Clearly, it’s advice that seems to have helped many people. But, while cannabis doesn’t cause lowered sexual desire or performance, smoking may still be harmful. Smoking anything can cause weakened lungs and decreased capacity for oxygen, which can easily lead to decreased sexual performance. It may even negatively impact the blood vessels in the penis, leading to erectile issues. The good news is that there are many other ways to consume cannabis!

Overall, the evidence points to cannabis giving a big boost to men’s sexual health. So, take comfort. The rumors are wrong.

Cannabis Appears to Have Different Impact on Men Than Women