Flavonoids: That Thing You Didn’t Know About Cannabis

You can’t avoid flavonoids so you may as well learn about them.

If you’ve kept up with the cannabis lingo, you’re probably familiar with cannabinoids and terpenes by now. Cannabinoids are a class of compounds found in cannabis that plug into our endocannabinoid system, which regulates our body’s natural balance. Terpenes, known for giving cannabis its distinctive aromas and flavors, confer their own health benefits, and they may affect the kind of high we experience from the cannabinoids such as THC.

Get ready for the next big thing in cannabis chemovars: flavonoids. Flavonoids are another class of chemical appearing in cannabis. They’re responsible for the plant’s pigments: green, purple, or blue. Scientists ahve already discovered roughly 20 types of flavonoid in cannabis; and they comprise about 10 percent of the plant’s total biochemical output. Over 6,000 flavonoids exist in nature, primarily in plants and fungi. 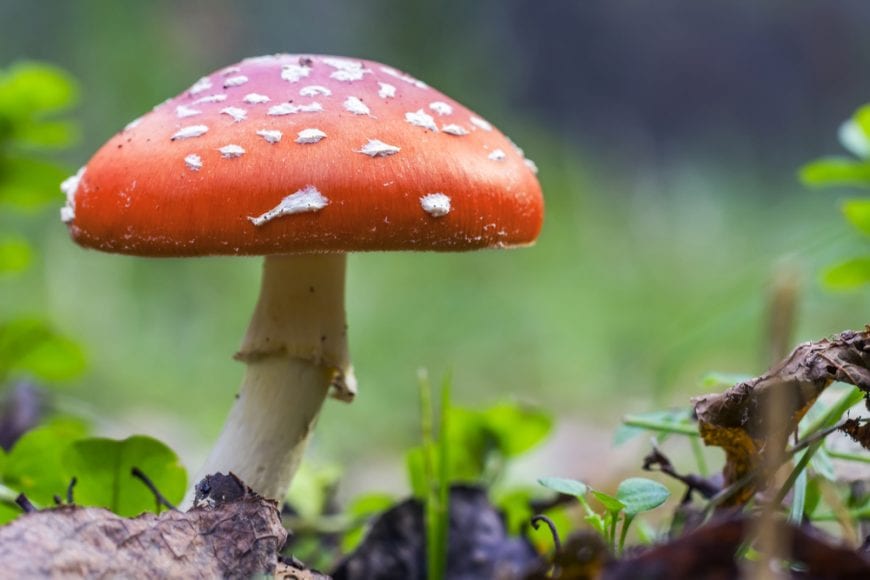 Why Should You Know About Each Flavonoid?

Additionally, science has long established the health benefits offered by flavonoids. The benefits studied so far largely focus on orally ingesting flavonoids (think: edibles); we don’t know yet if these same benefits carry through inhalation (smoking).

Now, before we go any further, know that the science of flavonoids in cannabis is still in its infancy. Restrictive scheduling for cannabis has obstructed research efforts, but as legalization continues to sweep the world, we’ll slowly achieve a better understanding of what’s going on here.

The Medicinal Properties Of A Flavonoid

But, for now, here are some potential health benefits from our favorite flower’s flavonoids.

Flavonoids, in general, tend to exhibit a few medicinal properties. These usually powerful antioxidants, which may prevent premature aging by protecting cells from oxidative damage. These molecules also tend to make things difficult for tumors and cancers by either slowing or preventing cancerous growth (in vitro). Luteolin appears to weaken cancer cells so they’re more susceptible to chemotherapies. Silymarin particularly targets the liver and may prevent renal damage and renal cancers while also reducing the body’s insulin resistance. Several flavonoids found in cannabis, such as kaempferol, quercetin, apigenin, and genistein, are known to induce apoptosis in cancer cells – meaning they cause the cancerous cells to self-destruct (while leaving nearby healthy cells intact).

A flavonoid can also “stick” to opioid receptors just as they can CB receptors. Opioid receptors, which bind opioid drugs such as a hydrocodone or oxycontin, trigger powerful pain-killing effects in the body. While most flavonoids bind weakly to opioid receptors, some such as vitexin, isovitexin, and cannaflavin bind strongly enough to activate opioid signaling. In fact, cannaflavin is believed to be more effective than aspirin at controlling minor aches and pains.

Other Characteristics of Flavonoids

Other flavonoids possess unusual, novel characteristics. Take olivetol. Oddly enough, olivetol is a molecule commonly used to make synthetic THC in laboratories. The irony of olivetol being a precursor to THC is that olivetol blocks CB from interacting with other chemicals (like THC). Concentrated doses of olivetol (such as those found in Undoo pills) may alleviate anxiety during a high-gone-wrong. It’s possible that some cannabis strains known for helping patients feel extremely chill may contain higher amounts of this flavonoid. 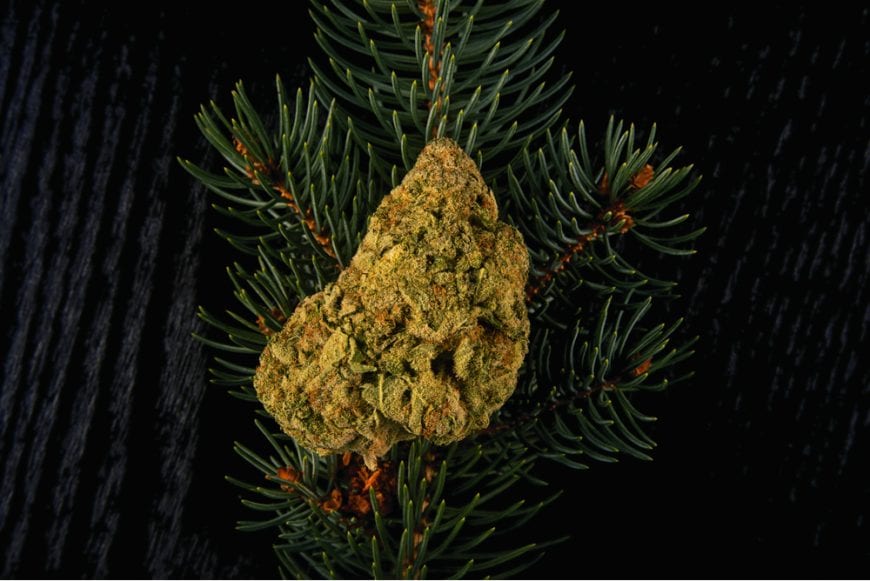 Genistein and kaempferol, mentioned earlier, inhibit the breakdown of anandamide, one of our endogenous cannabinoids. Anandamide is chemically similar to THC, and it’s possible these two flavonoids could prolong the elevating effects of THC or anandamide. Cannabis strains that cause long-lasting highs may contain higher amounts of kaempferol or genistein.

And last but not least, the occasional flavonoid will do it all. Orientin, for instance, has antioxidant, anti-cancer, anti-inflammatory, anti-bacterial, anti-viral, and antioxidant properties. It protects the brain and nerve cells while conferring cardiovascular protections, too. Quercetin fights breast cancer, reduces inflammation, and, according to one Japanese study, removes plaque from arteries, the kinds of plaque responsible for heart attacks.

Keep in mind cannabis is not the sole source of these flavonoids, like it is with THC. Rather, these flavonoids are appear in fruits, vegetables, flowers, herbs, and roots worldwide. Indeed, the reason fruits and vegetables and herbs help us stay healthy is precisely because they contain abundant amounts of flavonoids. However, most studies never looked at whether flavonoids are beneficial if smoked or vaporized. For now, your safest bet for getting the most out of flavonoids is to ingest infused edibles made from whole-plant extracts (cannabutter, infused cooking oils, Phoenix Tears oil, etc.).

Taking CBD and THC Together Can Lower the “High”