Federal Financial Aid Back On For College Kids With Cannabis Convictions

It used to be that federal financial aid was withdrawn for students with cannabis convictions. And most times they had to pay it back.

For many students, a single possession offense can completely derail their college career. If a student is convicted of a drug offense, the government revokes their federal financial aid for college. In the Higher Education Act, Section 484 (r) states, “A student who has been convicted of any offense under any Federal or State law involving the possession or sale of a controlled substance shall not be eligible to receive any grant, loan, or work assistance[.]”

This statement is accompanied by a table of ineligibility periods based upon the type of offense and whether it was a repeat offense. Because of the inability to receive aid, many of these students end up dropping out, if they get into college at all. However, this is an issue that goes far beyond federal financial aid for college.

The House has voted on the Financial Aid Fairness Act (FAFSA). The act shares an acronym with the application for federal financial aid for college, which would now allow students with drug-related offenses to keep their financial aid.

Until 2006, the Higher Education Act counted past drug-related offenses against students, while the current version only does if the offense committed while receiving aid is a repeat offense. In essence, not much has changed. Most students with a drug-related offense don’t even bother to apply for aid. Even worse, those who have lost their aid often have to pay it back.

As of this writing, the federal student aid policy still reflects that most students with multiple drug offenses will not be eligible for federal financial aid for college indefinitely. However, students with drug-related convictions may have their aid reinstated early, if they successfully complete a drug rehabilitation program. Incarcerated students can apply for certain types of financial aid. They are not likely to receive it.

Federal Financial Aid And The Cost of College Attendance

Attending college is nearly a luxury for many (if not most) students. Without federal financial aid, during the 2016-2017 school year, a four-year private institution costs an average of $41,468 per year. Four years would cost $165,872. And the cost has only increased since then. The cost of a public two-year school/community college was $10,091 per year, or $20,182 for both years. On top of this, students are likely to transfer to a four-year school afterward.

Paying for college is a daunting task, especially if a student and/or their family are on shaky financial ground. If a student’s parents can’t help them buy new shoes, they likely can’t help with college costs. They’re more likely to enter the workforce and miss out on higher education altogether.

Income disparity is a far larger problem than recent media reports of wage gaps between men and women. Millions are forced into lower income brackets due to discrimination, and lower-income families often remain in a generational cycle of poverty through no fault of their own.

Furthermore, it is expensive to be poor. There is no possible way to get ahead when seemingly everything has extra fees. People with limited means are spending much more over time on things required for their daily lives, like housing for instance, by renting instead of owning. They pay higher interest rates, late fees, overdraft fees, and expensive payday loan fees.

If people do not have the opportunity to save and invest, even small amounts, they cannot pass that information on to future generations. The same is true regarding the knowledge of programs for federal financial aid for college. Many do not know these programs exist or that they could be eligible.

Without higher education, fewer opportunities are available to make a living wage. Housing costs are rising so that a single person would find it impossible to pay rent, much less support a family, which can lead to people seeking to supplement their income however they can, which could involve selling drugs. 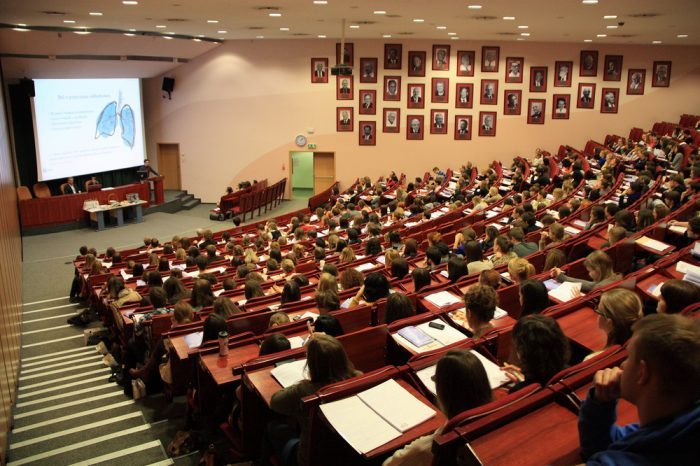 Tougher Sentencing for Drug Offenses for People of Color

The U.S. has the highest incarceration rate in the world. Worse, the system does not properly rehabilitate people. By contrast, prisons in a country like the Netherlands are closing, as part of their focus is to rehabilitate prisoners.

As a product of systemic discrimination, the police will arrest more young men of color than white males. Though drug use rates and rates of drug sales are the same, sentencing is tougher, and a disproportionate number of people of color face convictions. When children have a parent who has been incarcerated, more of them exhibit behaviors that put them at risk of being incarcerated themselves.

Several colleges have research programs that study cannabis. Is it not then ridiculous for the government to deny students financial aid due to cannabis-related offenses? A new certificate program designed for health professionals is available to allow them to integrate cannabis into their practice. There are also several college programs in the U.S. and abroad that exist to study cannabis, which include bachelor’s degrees in medicinal plant chemistry and even a master’s degree program in medical cannabis science and therapeutics. These are high level degrees that require a commitment and federal financial aid for college.

Higher education benefits students, their families, future generations, and the economy. People who hold college degrees report that they are happier, healthier, and more satisfied with their jobs. Allowing students with drug-related offenses to obtain and keep federal financial aid for college will help not only the current generation but future generations as well.