A terpene with several (potential) medicinal benefits, it’s present in both cannabis and fennel.

The beauty of cannabis is that it seems to incorporate the essence of many other plants, especially ones with similar terpenes, like fenchone-heavy fennel. As a result, the more we learn about the minor terpenes and flavonoids in cannabis, the more fascinating nature becomes. One minor terpene, known as fenchone, is common to both fennel and cannabis and has some notable medicinal properties.

Fennel and Cannabis — A Shared History

A non-native plant earns the label of a weed before authorities target it for extermination? Does this story sound familiar? Well, it’s still going on, and we’re not talking about cannabis.

Washington state considers fennel a noxious weed. But unlike cannabis, this distinction comes with good reason. You see fennel isn’t native to North America, and due to the favorable climate across much of the continent, it tends to grow rampantly.

It spreads wide and far with ease and thus tends to crowd out native plants that are critical to wildlife. In Washington state it’s even considered a threat to native grasslands. You may think of fennel as having the same effect on the biosphere as cannabis had on conservative American culture in the 1960s and 70s. It disrupted the status quo, challenged the ideals, and earned the label of a divisive weed.

But joking aside, fennel is similar to cannabis in more ways than one. It’s an edible plant with potent medicinal properties, and it shares some key properties — with one such compound being the potent terpene fenchone.

Fenchone is a terpene that gives fennel its anise-like smell and taste. It has a woody and earthy aroma similar to the terpene camphor. Fenchone is well known as a flavor and aroma enhancer and is present in many other herbs and spices such as rosemary, dill, cinnamon, star anise, saffron, and of course, cannabis.

Like all plant terpenes, fenchone has an important function within the fennel ecosystem. It offers protection to the plant by repelling certain insects, while for humans, it exhibits anti-inflammatory, antimicrobial, and analgesic properties.

Is Fenchone Found in Cannabis?

Yes it is, but not in excessively high quantities. Very often when it comes to terpene content in cannabis, the select few get all the attention. Examples include pinene, limonene, humulene, linalool, and myrcene. But, as we continue to learn more about the cannabis plant, the minor terpenes present may begin to play a larger role, just as the minor cannabinoids have.

Most testing labs do not currently look for fenchone, nor do growers market the fact that the strain or chemovar they grow is high in fenchone. But just because we’re not talking about it doesn’t mean we won’t be.

What Does Science say About Fenchone?

Several scientific studies on fenchone exist and they have uncovered some remarkable properties. Many of the issues treatable with fenchone also receive attention when the applications of medicinal cannabis come into consideration.

Pain Relief From the Terpene Fenchone

Fenchone can help considerably with pain relief. In a Turkish study published in PharmacologyOnline (2008), researchers injected rats with various doses of a variety of terpenes. Of all the terpenes used in the study, fenchone was the most effective in blocking the detection of pain.

There are theories that Inflammation is the first tell-tale sign of the formation of disease in the body. The anti-inflammatory properties of cannabis are one of the main medicinal consumption cases. When scientists dig a little deeper, they often isolate the compounds that help potentiate these medicinal effects.

Another Turkish study, published in Biotechnic & Histochemistry (2017), investigated the effects of both fenchone and limonene when used in conjunction with one another to treat a wound. In the rat study, the enhanced healing after the application of both terpenes led researchers to “support the beneficial effects of fenchone and limonene for augmenting wound healing.”

RELATED  Guide to Buying The Best Of The Vape Pens

Researchers further determined that the increased healing came about due to the ability of both fenchone and limonene to “increase collagen synthesis” while also decreasing “the number of inflammatory cells during wound healing.”

For many, fennel may be an invasive species in certain jurisdictions. However, after ingestion of the plant, it acts to keep the invasive bacterial species within the human body under control.

Many people suffer from an intestinal yeast overgrowth known as Candida Albicans. In a study — published in Frontiers in Microbiology (2017) — researchers found that fenchone has antibiofilm effects. This is something which helps prevent the yeast from forming biofilms and proliferating. 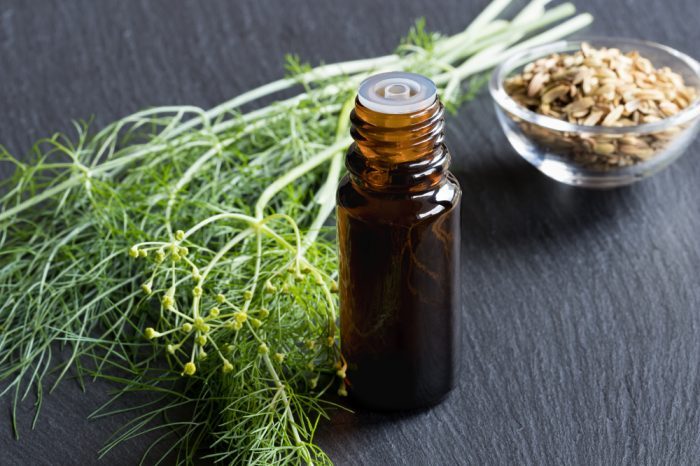 We all get it from time to time. There’s no fun in living with cramps and gas after we’ve eaten something we shouldn’t have. While several plant compounds can often help with relieving such ailments, fenchone can help relax intestinal muscles and thus allow trapped gas to dissipate.

Terpenes and the Future of Medicinal Cannabis

One of the benefits associated with medicinal cannabis consumption is that people are beginning to appreciate that real medicine comes from nature rather than from a pill. As a result, it doesn’t seem quite as crazy as it once was to start crushing fennel seeds to treat a condition.

Just how actively involved fenchone is within the synergistic interplay of the cannabis plant still remains unclear. But what is certain is that the potent effects of these minor terpenes become all the more interesting the more we learn.

Hashishene: The Terpene Only Found In Hash