Fields of Hemp Are Completely Destroyed For ‘Running Hot’

A hemp farmer can lose an entire season for ‘running hot.’

The Story of Hempen, Growing Organic Hemp Since 2015

Patrick Gillett and Ali Silk first started a hemp farm in early 2015. The not-for-profit farm, Hempen Co-operative, was launched after seeing the hemp industry take off in America and after learning about the plant’s many healing powers. Since its inception, Hempen has turned plants into hemp oils, cosmetics, teas, and more.

Since 2015, Gillett and Silk have diligently followed the protocols laid out by the U.K. government. These include holding a multi-growing season license and the completion of the Annual Licence Review Statement before planting each spring.

According to Gillet, “For three years we operated openly and always kept the Home Office informed over what we were doing.” Both farmers agree that intentions have never once been concealed.  The Hempen Co-operative has consistently maintained a hemp crop well under the 0.2 percent THC limit imposed by the government. 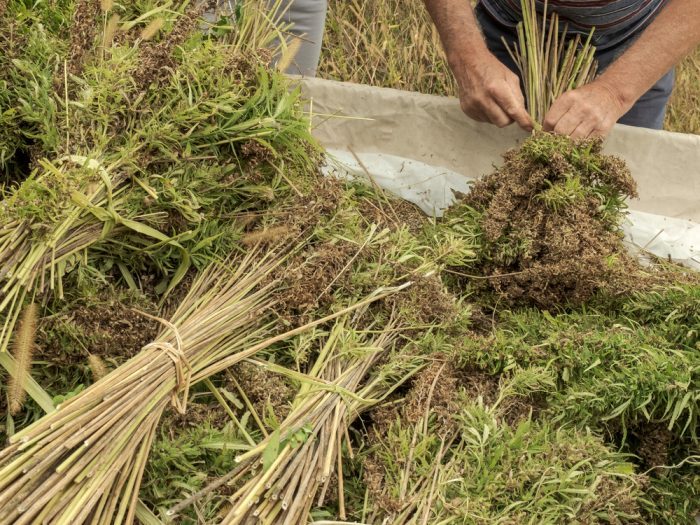 Devastation Due To Running Hot in 2019

This spring, after a perfect growing season, the home office revoked Hempen’s license and ordered the destruction of the entire crop. That’s over forty acres of bumper crop, and one of Hempen’s most successful yields.

But if proper hemp cultivation licenses were in place and CBD is legal across the U.K., why on earth would the government suddenly revoke Hempen’s status? From what Hempen has discovered, although one can legally import EU produced hemp CBD products, growing hemp in the U.K. for CBD production specifically is illegal.

As a reminder, medical cannabis is legal in the U.K. as well (though with narrow requirements) – but this new program is failing patients before it even gets rolling.

But as Silk stated to the Guardian, “It seems like we are being punished for being upfront and honest about what we were doing.” Gillet followed up, “This is all very strange. No one in the Home Office […] ever said to us: ‘Stop what you are doing, this is illegal.’ They allowed us to get started and then after a perfect year – wet spring and hot summer – we had a bumper crop which they made us destroy last Tuesday.”

From the Hempen farm perspective, the U.K. government is missing the point entirely. While Hempen farm has lost its fields of hemp worth about £2.4 million (around USD $2.9 million) in sales, the government has lost out on tax revenues. Gillet and Silk have worked out that the crop would have paid £480,000 in taxes. That’s money that would have gone straight into the tax coffers of the government.

The Hempen Cooperative is not the only hemp farm struggling to navigate the messy world of cultivation legislation. The industry might be booming, and creating thousands of jobs, but there’s a dark side. Other hemp farms around the world are working hard to produce quality fields of hemp, only to see their hard work destroyed, thanks to kinks in legislation. 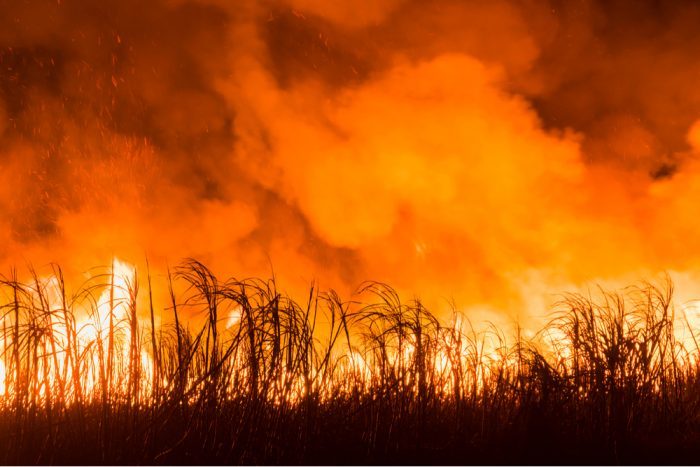 Take the case of Colorado farmer Randy Taylor, who had to destroy acres of hemp plants because these ‘ran hot’. Running hot is an industry term meaning the THC content tipped over the legal limit. In the U.S., the legal limit for hemp is 0.3 percent THC. Taylor’s fields hit 0.47 percent, which was 0.17 percent over. Hardly enough to feel  “high.”

While most would consider this a matter of miniscule numbers, regulators felt otherwise. Taylor’s hemp crop wasn’t hemp anymore; it was, technically, cannabis. Taylor had to take his own mower and cut down all his hard work. For Taylor, it was a massive loss. All for a measly 0.17 percent.

As Taylor says, “Ask anyone in the country: Who wants to smoke pot that has 0.47 percent THC?” As an added frustration, his fields of hemp were not destined for human consumption; he was growing them for the fibers and stalk, not the CBD content.

According to some reports, at the beginning of hemp cultivation in Colorado in 2012, roughly forty percent of hemp fields failed this strict THC limit. Although it has improved in the eight seasons since, approximately eight percent of farmers face still destruction orders. All because of missing a decimal point.

And while this may not seem like a life-destroying loss for massive corporations, these kinds of losses can ruin small farmers.

RELATED  Ancient Remedies In Your Pantry?

How to Prevent the Destruction of Hemp Fields

In countries where hemp is finally legal (again), the legislation is far from perfect. The U.K. proved this point when it revoked the license and destroyed the crops of a totally above board company. Legislators still have many kinks to work out before it’s easy to grow fields of hemp in the U.K.

An associated issue? Farmers are not bureaucrats. They might be excellent cultivators but may not have the necessary skills to navigate the complicated world of laws, regulations, and legal jargon. Growing hemp is still a highly regulated industry. There are complicated layers of rules and sometimes many departments involved in its oversight. Deregulate hemp and make the regulatory ecosystem simple to solve many of these issues.

And once more, major corporations have the benefits of legal teams to navigate these issues. Sadly, small farmers often don’t and end up losing out. They’re given sticks to compete with tanks.

Finally, let’s all recognize that hemp plants are technically cannabis plants. This arbitrary rule on specific THC content is causing massive headaches and financial hardship for farmers. Unless grown under laboratory conditions, plants evolve with their environment and can easily bump over the 0.3 percent THC limit – regardless of farmers’ efforts. It’s time for legislators to get over the issue of THC running hot, and make it easier for farmers to cultivate.

Hemp Milk is Here to Stay and the Cows are Happy

The Best Coffee is Powered by CBD and Bees

New Hemp Infusion Technology Gets the Buzz From the Bees