Many patients report that cannabis is the only thing that works for their fibromyalgia.

Editor’s Note: this article contains a compilation of patient recommended strains and anecdotally reported benefits. These will not replace best advise from your physician.

Fibromyalgia is a painful lifelong illness, and it’s very poorly understood. Lady Gaga has vividly detailed her own struggle with the disease. She describes it as a “global and mental pain.”Thankfully, she has tyhe cannabis strains she does for her fibromyalgia treatment. Similarly, the Arthritis Foundation says: “Fibromyalgia is not a single disease, but a constellation of symptoms.” It’s a heightened sensation of pain, coursing throughout the body for no apparent reason.

Conventional fibromyalgia treatments are effective, sometimes, for some people. The success rate is often sporadic, and patients with the disease are frustrated by inconsistent or poor results. As a result, many patients are desperate to find an effective treatment so they can resume their normal life.

As Lady Gaga stated in her documentary, Five Foot Two: “I just think about other people who have maybe something like this, that are struggling to figure out what it is, and they don’t have the money to have somebody to help them. I don’t know what I’d (expletive) do if I didn’t have everyone here to help me. What the hell would I do?” Even with the resources available to her she is often left incapacitated by the symptoms. 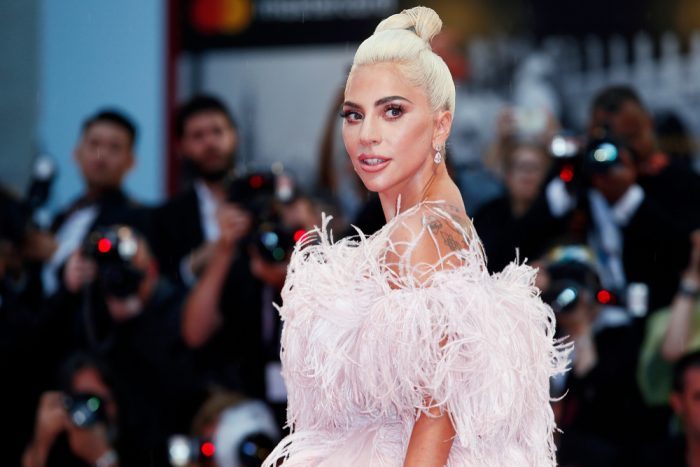 It’s due to this exasperation that people have started to seek alternative treatments. And cannabis has indicated it may be effective against the symptoms of fibromyalgia. For some patients, it has provided relief where other medications have failed. As one member of the RxLeaf community stated, “Cannabis has given me back most of the life I lost.”

Because fibromyalgia is so poorly understood, medical professionals struggle to understand why cannabis might be working. Historically, it was assumed the disease to be an issue of inflammation, and it was one of the few ideas what could explain the spreading, pulsating sensation of pain throughout the body. But, according to the American College of Rheumatology, “Fibromyalgia is not from an autoimmune, inflammation, joint, or muscle disorder.” Instead, it’s now believed to be an issue of the central nervous system, and the way our bodies experience pain.

Patients are increasingly working with cannabis as a novel fibromyalgia treatment. It makes sense; cannabis targets a “constellation” of pathways unlike most conventional medicines. Chronic diseases, like fibromyalgia, are often a combination of convoluted system issues, not just one specific system failure. In other words, no single pill is going to solve the problem. In fact, when trying to treat chronic disease conditions, many patients get locked into a vicious ‘pill cycle’ of taking even more meds for the side effects of the previous med. Cannabis might be a way out.

Furthermore, cannabis is multifaceted. According to a recent report on CBD in the New York Times, CBD by itself has more than 65 cellular targets. It’s why “CBD may provide a kind of full-body massage at the molecular level.” And it’s not just CBD. There are over 100 additional cannabinoids in cannabis, all with synergistic relationships to one another via the Entourage Effect.

There are many possible cannabis strains recommended by fibromyalgia patients. Even if one strain only works for some symptoms, another might cover others. Cannabis medicine has versatility through access to different strains with varied terpene and cannabinoid profiles. 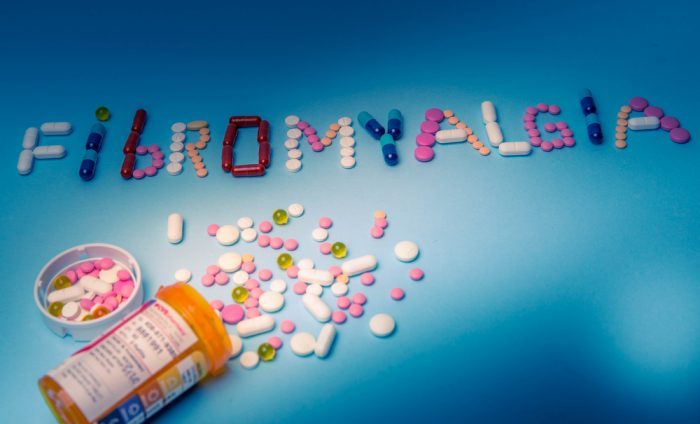 Strains With THC For Fibromyalgia Treatment?

The most famous cannabinoid, tetrahydrocannabinol (THC), works with cannabinoid receptors, called CB1 receptors, located within the central nervous system. Other cannabinoids, like cannabidiol (CBD), are not as strongly linked to a specific receptor. Still, these operate within the endocannabinoid system, pushing it towards a healthy internal balance called homeostasis.  Part of the beauty of cannabis is that all cannabinoids are molecularly similar, but have distinct therapeutic value. These work together synergistically to target the multiple issues like pain, inflammation, and balanced endocannabinoidal function.

What strains work best for treating fibromyalgia? It comes down to cannabinoid profile, personal preference, and time of treatment. It’s best to look for strains with 1:1 ratio split between THC and CBD. This encourages a synergistic therapeutic value between the two cannabinoids, but optimal day-time functioning for patients. Of course, pain doesn’t just occur during the day. You may also want to have a more powerful chronic pain strain handy for nighttime use. High THC strains can help target nighttime pain while having potential as a natural sedative.

Here are a few suggestions for all your fibromyalgia treatment requirements. Keep in mind, patients rarely find the perfect strain on the first try.  You may, however, want to start your experimenting with these:

Profile: Up to 24 percent THC. Hybrid.

Suggested Consumption: Useful for immediate relief of chronic symptoms, including pain and inflammation. It has high levels of THC, and minimal levels of CBD, making it best suited for after-work recovery or nighttime relief. It may also help with mood and stress.

Suggested Use: A great day time selection, with a gentle mixture of THC to CBD. Said to treat symptoms of pain, inflammation, headaches, and fatigue. Patients say it targets muscle and joint paint effectively.

Suggested Consumption: As Cannatonic is very rich in CBD, it will combat anxiety, depression, and neuropathic pain. For those looking for reliable day time medicinal benefit, Cannatonic has an equal ratio of THC to CBD. This ratio makes it good for symptom relief, while maintaining productivity. It’s associated with feelings of happiness, energy, and mood improvement.

Suggested Consumption: This is another great option for those who need pain relief, with a milder intoxicating effect. Critical mass is a potent indica, but one with around five percent CBD. This higher CBD ratio helps reduce the “high”, without compromising on relief.

Suggested Consumption: Because of its very rich THC profile and indica heritage, this is an excellent strain for pain relief. Especially good for nighttime use, as it may have strong sedative powers. It get its name from its applications for headaches and migraines, which is another common symptom of fibromyalgia.

Of course, there are thousands of potential strains for fibromyalgia treatment to choose from these days. You may not readily find Cannatonic or Harlequin on your retailer’s shelves, but don’t despair. Ask the budtender for direction, and look for similar blends of cannabinoids for a similar effect. Lastly, don’t be afraid to ask questions and seek advice from the people behind the counter. A qualified budtender likely has experience helping other patients with fibromyalgia and may have information on strains that have worked for others.