New research tests the interaction of flavonoids and cancer, and finds that they might not mix.

A diagnosis of  adenocarcinoma refers to a malignancy that starts in the organs. Under the umbrella of adenocarcinoma are several different, and often hard-to-treat, cancer types: pancreatic, breast, esophageal, colon, lung and prostate. Fortunately, there are treatment options to slow or even stop adenocarcinoma. Chemotherapy, radiation, targeted therapy, or surgery would be different options based on the location and size of the tumor. What about cannabis? Is cannabis a viable option when it comes to treatment? Well, it turns out flavonoids from cannabis and your cancer treatment might go together.

Below are results for how the medicinal plant’s flavonoids fared against two of the most aggressive types of adenocarcinoma – pancreatic and breast cancer.

This cancer type is notoriously resistant to current therapeutic practices, including chemotherapy, radiotherapy and immunotherapy. According to statistics, less than eight percent of patients survive this ruthless cancer within a five-year period.

Previous studies suggest that medical cannabis derivatives do prolong survival in animal models of pancreatic cancer when used in conjunction with radiation therapy. One of the major advances in the field of therapeutics is the use of smart radiotherapy biomaterials. These are delivery systems that allow for the application of large amounts of cannabinoids or cannabis derivatives into tumors. These high-concentration deliveries enhance the radiotherapy treatment.

A recent study in July of 2019, investigated the potential of using a smart biomaterials delivery system of a flavonoid derivative of cannabis, called FBL-03G. This is a synthetic,  non-intoxicating derivative of flavonoids. Researchers tested the hypothesis that FBL-03G would have therapeutic potential by enhancing radiotherapy in vitro and in vivo. Test were run using small animal models.

A second part of the test was to investigate the potential of FBL-03G to induce the abscopal effect. This is where radiation therapy at one site leads to regression of metastatic cancer at other sites that didn’t receive radiotherapy. Research suggests that the abscopal effect involves the immune system.

RELATED  How to Qualify for a Medical Cannabis Card 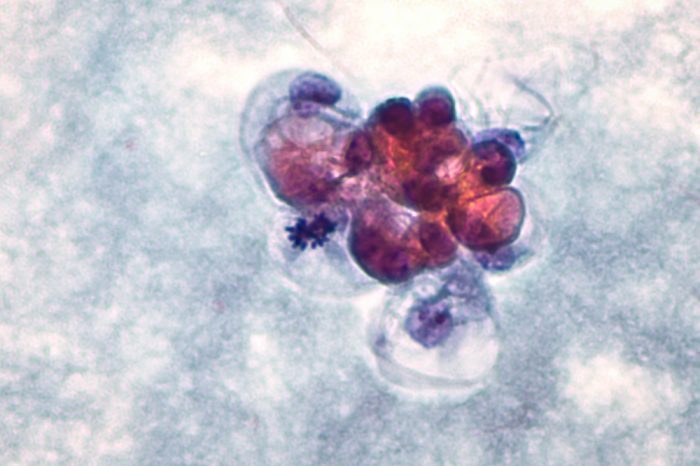 The Findings on Flavonoids and Adenocarcinoma

The key findings reported by the investigators were that FBL-03G can enhance radiotherapy outcomes both in vitro and in vivo. Furthermore, sustained delivery of this cannabis-derived flavonoid, using smart radiotherapy biomaterials, arrested tumor growth in both locally treated sites, as well as at distant, non-treated tumor sites.

The group first optimized the loading of FBL-03G onto smart radiotherapy biomaterials, and tested it in vitro using two separated pancreatic cancer cell lines. In both of these, researchers observed significantly enhanced cancer cell death using a combination FBL-03G and radiation. Interestingly, when they increased the concentration of FBL-03G there was cancer cell inhibition, even without radiotherapy.

This raises the potential that cannabis-derived flavonoids, when concentrated, may single-handedly arrest cancer cell growth. After demonstrating a successful proof-of-principle in vitro study, the research team designed an in vivo study. Using a mouse model, certain subjects had a direct intra-tumor injection of FBL-03G. Other subjects then had the same concentrations of FBL0-03G, but received it through smart radiotherapy biomaterials.

The results showed a reduction in tumor growth in the latter group of animals compared to cohorts treated with direct administration of the flavonoid. Interestingly, nearby untreated tumor sites (abscopal tumors representing metastatic sites) were also significantly reduced in growth. The group of mice treated via smart radiotherapy biomaterials enjoyed prolonged survival compared to their untreated counterparts.

Statistics show that breast cancer will affect one in eight women. Then there’s the difficulties faced by delayed treatment because detection is in itself, tricky. Furthermore, many patients show or develop resistance to therapies. As a result of this, several kinds of breast cancer respond poorly to modern treatments. It is these obstacles that highlight the importance of exploring new treatments for breast cancer, which is why cannabis is being considered.

RELATED  Everything You Need to Know About Flavonoids in Cannabis

A study in Madrid, at the end of 2018, compared the efficacy of pure THC isolates and THC-rich oil extracts in a series of preclinical experiments that focused on breast cancer. Additionally researchers analyzed the effects of pure THC and a full spectrum THC-rich oil when each was used alongside conventional chemotherapy drugs.

The research suggests that the “entourage effect” was helpful in fighting breast cancer. The THC-rich full spectrum oil proved more effective at treating the breast cancer than the THC isolate. The “entourage effect” is when synergistic interplay occurs between numerous cannabis compounds including cannabinoids, terpenes and flavonoids. As the name hints these compounds — just like an entourage of people — are stronger together than apart. So their combined therapeutic impact is greater than the sum of the plant’s individual components.

Promisingly, both the THC-rich oil and THC isolate displayed anti-tumoral capabilities. However, the full-spectrum THC oil was more effective than the THC isolate in treating three different breast cancer subtypes: Hormone-sensitive, HER2+, and triple-negative. 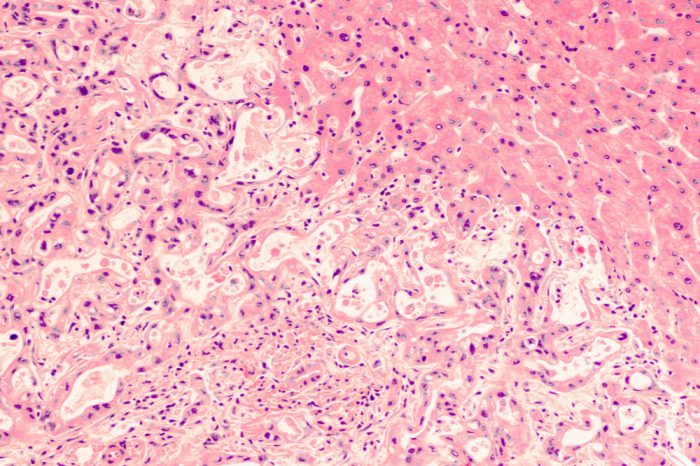 The Future of Treatment for Adenocarcinoma

Although these results are very exciting on both fronts, researchers are yet to uncover the mechanism of FBL-03G efficacy against pancreatic cancer. However, the study pioneered a therapeutic strategy using smart radiotherapy biomaterials. This means medicine loaded with cannabis-derived flavonoids provides sustained delivery of immunoadjuvants without the need for repeated injections. When translated clinically, this approach would mean a great reduction in the use of radiotherapy. This would be more convenient for patients who repeatedly and frequently use the conventional treatment over extended periods of time. Not only would this significantly reduce treatment time, but also the associated costs and any tissue harm induced by radiotherapy.

Science will continue to push at the boundaries of cancer research, and cannabis is charging a new frontier.