Is this the fascinating evolution of the original land race cannabis plant?

The cannabis market has exploded, and as growers learn more about using genetics to their advantage, a wide variety of strains have emerged. With just a quick look online or at your local dispensary, you’ll find hundreds of modified breeds for every possible occasion.

But all this variety has its origins somewhere. Actually, we can trace all cannabis strains to a small number of original cannabis plants known as landrace strains.

What Exactly is a Landrace Strain?

A landrace strain is essentially an isolated plant that has not been crossbred with other cannabis varieties. They tend to be indigenous to specific regions, and developed their particular qualities as the strain adapted to their unique environment.

As such, landrace strains are often named in accordance with their region: Pure Afghan, Durban Poison, Panama Red, and so on.

Landrace really only refers to the genetic purity of a cannabis strain. Landrace strains won’t necessarily produce a better product. In fact, the reason there are so many crossbred strains on the market is that breeding a plant for a specific trait ensures a specific, quality finished product.

Being genetically closer to the original wild cannabis species is really the main drawcard for landrace strains. They hold particular intrigue for historians, scientists, and purists.

“Clocking” the Age of Cannabis

Scientists have long searched for the origins of cannabis. Or, at the very least, for the original wild landrace strain of this infamous medicinal plant. Common thought placed the original plant in locations across Asia. However, scientists weren’t so sure of the precise original location.

That was until recently when a study of fossilized pollen found the location of the first cannabis species.

Accurately determining when and where cannabis evolved was extremely difficult due to the lack of a strong print fossil record – impression of leaves or fruits in rocks. For a plant, like cannabis, that lacks a good fossil record, paleobotanists can use a “molecular clock”. This allows them to estimate when cannabis and its sister species Humulus (hops) diverged from a common ancestor. The molecular clock uses DNA to measure time, and calibrates the clock with fossil dates of related plants.

Using this method, they estimated that cannabis first diverged from a common ancestor 27.8 million years ago. 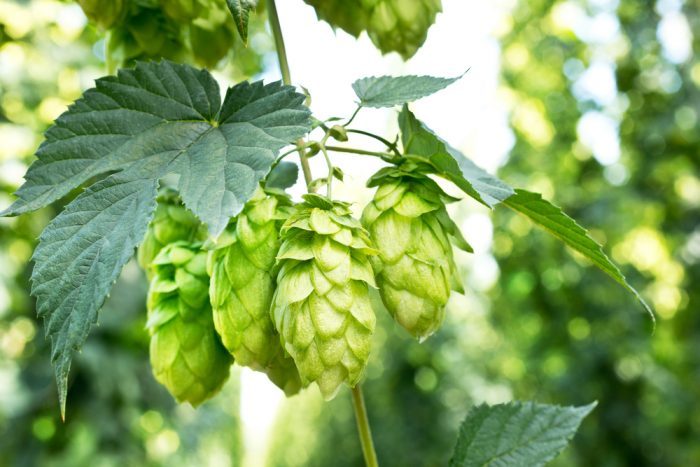 Hops and cannabis derive from the same common ancestor.

Once researchers had figured out when cannabis first diverged from a common ancestor, the question of where still remained. Paleobotanists then turned to microfossils, such as fossilized pollen, to fill in the records. They found that pollen from the closely related cannabis and hop plants are almost indistinguishable.

To overcome this problem, scientists realized that because cannabis typically grows in open grasslands, and hops grow in forests, the pollen could be classified by identifying other plants that commonly occur alongside it. Researchers used plants that are typically seen in open grasslands to identify the fossilized pollen as cannabis.

Fossilized pollen is usually used to date the layer in which it is found, which tells a lot about the environment at the time. However, in this case, the pollen was the unknown. Researchers aged it with radiocarbon dating.

By using this analysis, the oldest fossilized cannabis pollen was located in the Ningxia Province, China. Researchers dated the pollen at 19.6 million years old. But with cannabis diverging 27.8 million years ago, this date wasn’t close enough.

Further research of the region and tracking of a plant called Artemisia, which has a close alliance and parallel evolutionary pattern to cannabis, pinpointed the northeastern Tibetan Plateau as the cannabis center of origin. At the time, the Tibetan Plateau created an environment that supports the theory that cannabinoids developed to protect the plant from UV rays and herbivores. These are both issues in the high altitude, open grassland Tibetan Plateau. 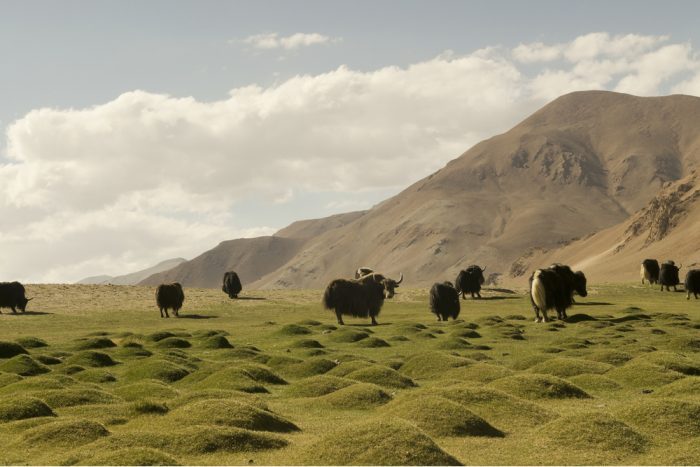 Cannabis stems from a single location on the Tibetan Plateau.

Fossil pollen records tell us that cannabis dispersed into Europe 6 million years ago. Then later East into China 1.2 million years ago. By mapping the distribution of pollen over time, scientists were able to see that European cannabis went through repeated genetic bottlenecks.

Following the warm and wet Holocene period, forests replaced open grasslands. Cannabis retreated to the small pockets of open space that it could inhabit. In these small and isolated areas, the population of cannabis shrank. These separated cannabis populations then evolved differently, eventually creating the separate and distinct landrace strains of the European-evolved sativa and the Asian-evolved indica.

The original landrace strain had to then develop to new conditions, eventually leading to a variety of landrace strains. Each developed unique geno-phenotypical characteristics reflective of adaptations provoked by their local environment. And these ancient strains have become the mythologized landrace strains that we idolize today.