If you’ve just had a bumper harvest and are wondering how best to preserve your stash, then please read on. Cannabis stored in clear plastic bags at room temperature won’t stay fresh for long. The combination of UV light, oxygen, and suboptimal humidity levels will all act in unison to slowly deplete the potency of your cannabis. According to new research out of Italy, the best way to preserve potency longterm is by freezing cannabis.

The Basics of Preserving Cannabis

Degradation begins to occur just after the harvesting of cannabis. If not stored properly, then it’s a gradual descent down to harsh-tasting medicine that’s likely to irritate your throat when smoked.

Humidity should be at the sixty five percent mark in order to preserve the cannabinoid and terpene profile. Too high, and the result may be the formation of harmful mold. A lack of humidity results in dry product with a harsh taste and a diminished presence of the useful plant compounds.

In addition to humidity, UV light exposure and oxygen also contribute to degradation. If you’re storing cannabis for a short time, then keeping it in an airtight glass container is wise, ideally dark in color, and place it in a dark cupboard or drawer.

Plastic bags are a no-no. Environmental concerns aside, plastic bags can often leach chemical toxins into the product. And that’s something that doesn’t happen with glass.

But what happens if you’ve had a bumper harvest and want to store your medicine long term? The answer may be to get it into the freezer pronto. 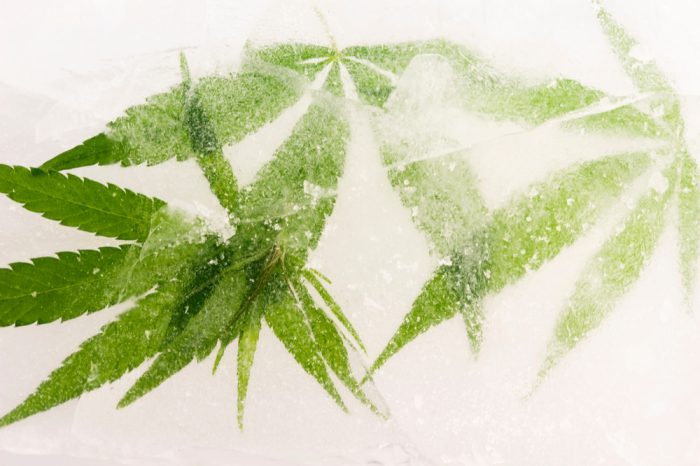 The idea of freezing cannabis isn’t new. Live resin — the potent concentrate that preserves the plant essence — requires cannabis to be flash-frozen after harvest. The belief behind freezing cannabis is to preserve the all-important plant compounds that curing can often destroy. It’s those delicate terpenes and minor cannabinoids that often have an important role to play in terms of how the medicinal effects are modulated.

A 2019 study at the University of Padua in Italy allowed researchers to quantify the degradation of cannabis when in storage for long periods. The study which ran over the course of four years, compared and contrasted the degradation incurred under four different controlled storage conditions.

After four years, researchers found significant degradation in THC levels. The samples in storage for the duration at room temperature or in refrigeration lost almost one hundred percent of their THC content. Interestingly, much of the THC underwent a transformation into CBN—another cannabinoid that’s known for its ability to help improve sleep. Researchers determined that both storage temperature and light exposure had an affect on the conversion of THC to CBN. The temperature actually altered the speed at which the process occurred, while light exposure changed both the speed and the stoichiometry of the conversion.

According to another study published in the Journal of Pharmaceutical Sciences (1973) cannabis degraded more slowly at lower temperatures. Researchers noted that “the (‐)‐Δ9‐trans‐tetrahydrocannabinol content of Cannabis sativa L. stored at ‐18, 4, and 22 ± 1 degrees decomposed at a rate of 3.83, 5.38, and 6.92 percent, respectively, per year, whereas the material stored at 37 and 50 degrees showed considerable decomposition.” Furthermore, according to the research, the absence of “direct light” was an important factor in preserving potency.

How to Properly Freeze Cannabis

Those who prefer to remain self-sufficient and grow their own cannabis for personal use will benefit most from freezing their harvest. A vacuum jar is generally the best option when it comes to freezing. Tightly packing and sealing buds prior to going into the freezer for long-term storage is paramount.

After the removal of the cannabis —and this may be years later — it first needs to thaw out. Touching the cannabis buds while they’re still frozen will remove the potent trichomes which are in a fragile state until thawed.

It’s important to note that frozen cannabis should be moved around as little as possible. Don’t place a vacuum-sealed bag in the freezer next to pizzas and ice-cream where regular rummaging ensues. This will only cause deterioration because excessive movement causes the loss of the frozen trichomes.

In such cases, mixing the buds with some dry ice or cold water is advisable prior to agitation. This process acts in a way that draws out the trichomes via a process known as sublimation. The trichomes can then be collected by filtering them through a fine mesh, after which point you’re left with some extremely potent and minimally degraded hashish. 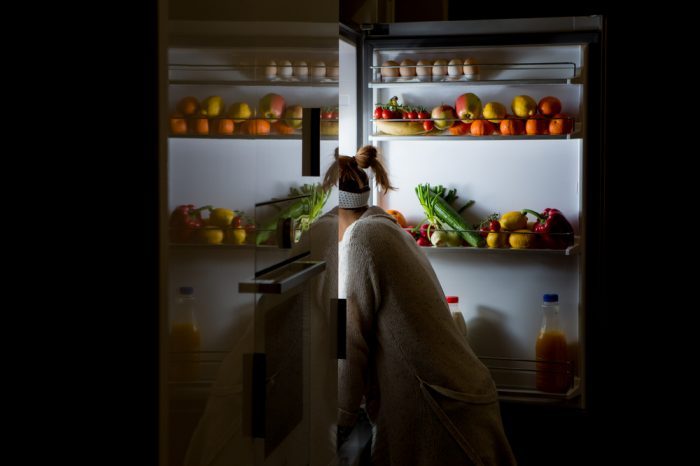 Freezing Cannabis is the Most Effective Long-term Storage Plan

For years people have warned others off the idea of freezing cannabis. But with the latest science showing otherwise, it seems that freezing cannabis is okay. It may actually be the only viable option for long-term storage if you’re a home grower.

What’s more, the science demonstrates that once frozen, your cannabis buds will maintain their potency. This ensures that you begin with the most potent starting material. After all, whether you smoke it or convert it to concentrate form, it’s the preservation of the all-important plant compounds found in the trichomes that make the medicine.