Cannabis Appears to Have Different Impact on Men Than Women

Women and men do not experience cannabis in the same way. Shocker?

Cannabis can affect you differently based on your size, your tolerance, and your unique biology. And, according to new research, your sex. That’s right – cannabis is a bit of a gender bender, producing different results in men and women who consume it.

The differences aren’t vast, but neither are they subtle. While medicinal cannabis produces similar therapeutic effects in both sexes, gender seems to affect THC’s psychoactive effects. These include how people act on cannabis, how much cannabis is consumed, how likely it is to trigger anxiety, and how quickly one slides from casual to chronic consumption.

More than any other statistic, the biggest difference between men and women when it comes to cannabis, is consumption. Simply put: men take more cannabis. But that’s just the tip of the iceberg.

Cannabis on the Basis of Sex

A study published in 2016 was among the first to cull gendered differences from myriad reports on cannabis consumption. Thanks to the proliferation of weed data that has flooded the market as states and countries have begun to legalize at a faster clip, scientists have more information to work with than ever before. 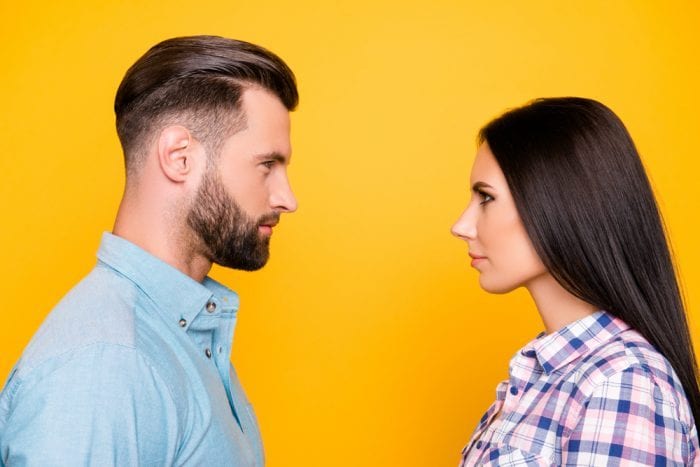 The paper found that men and women repeatedly reported differences. For starters, nearly every study showed that smoking cannabis increases heart rates for both genders, but more so for men. Women also report more sedative effects and a higher likelihood to report feeling dizzy from high THC strains.

Women also reported greater fatigue, drowsiness, and loss of coordinated motor control than men. Overall, it seems like cannabis has a greater ability to slow women down than it does for men, whose heart rates, minds, and physical control stay elevated when taking cannabis.

Moreover, men tend to report better feelings from cannabis. They are more likely to have a great desire to listen to music and also experience improved memory function. Men also get the munchies more often than women do.

Women, however, reported the urge to clean after taking cannabis at much higher levels than men. Although, to be fair, women also report higher levels of cleanliness when sober.

Which Gender Gets a Harder Hit?

Men and women also experience the “hit” of cannabis differently. For men, cannabis comes with more feelings of euphoria and relaxation than it does for women. This isn’t to say that women don’t enjoy cannabis — most do, very much. But people who feel anxiety after consuming cannabis tend to be women.

This might explain why men consume more cannabis than women. On the whole, men tend to suffer fewer negative side effects (although again, all negatives are the exception in cannabis consumption rather than the rule).

And while men take more cannabis, female cannabis consumers tend to either stay light consumers or very quickly develop into heavy consumers. This is called “telescoping” — when someone goes from consuming small amounts of a substance to large amounts in a short amount of time.

The Biological Reasons for Gender Difference

We don’t fully know the exact mechanism for the cannabis gender bender. Still, there are some physical factors that may explain why men and women feel cannabis so differently.

Among them, men have higher concentrated levels of the CB1-R mRNA transcript. CB1 receptors are where THC interacts with the human body. And the mRNA transcript is one mechanism that helps your body work with cannabinoids. But while men may have denser areas of these receptor proteins, women have these receptors scattered more thoroughly throughout the body.

Another study found that women who consumed cannabis as adolescents had a much larger right amygdala compared to women who abstained. The amygdala is a two-sided, almond-shaped region of the brain responsible for processing emotions. The same effect was not seen in male adolescent cannabis consumers.

A smaller right amygdala is linked to worse mood and anxiety disorders, while a larger right amygdala was linked with internalizing emotional problems. In the case of adolescent female cannabis consumers, only an extreme few had noticeable amygdala differences. Just enough to be statistically significant, but not enough to diagnose your adolescent consumer.

While men and women may be equal before the law, the nature of cannabis sees differences — though not very many.

If it seems like women have the worse end of the cannabis gender bender, keep in mind that cannabis affects men and women more similarly than differently.

Both genders report increased libido, for instance. Men and women also report dry mouth and an improved sense of clarity at equal rates. And both genders report every negative — a little more anxiety, the munchies, drowsiness — even if these are more common in females.

At the end of the day, men and women are more likely to feel similarly than different after consuming cannabis. And there is probably more variation among individuals when it comes to side effects of weed than between genders.