Could THC be a major breakthrough in defeating one of the deadliest forms of cancer?

Glioblastoma is a dreaded diagnosis; it’s the last one you want to hear under any circumstances. It’s the most aggressive kind of cancer and begins in the brain. Its cause is unclear and medical researchers still don’t know how to prevent it. Worse yet, a glioma diagnosis often comes with fatal prognosis.

Glioblastomas represent 15 percent of all brain tumor diagnoses. They either develop on their own, bubbling up from an unknown source, or begin as mild brain tumors called low-grade astrocytomas. Patients diagnosed with glioblastoma have an average survival time of 15 months, although it can be up to three years in best case scenario. For most patients, the best possibility is that researchers discover new treatments in time.

And now some scientists believe cannabis could be a new hope. 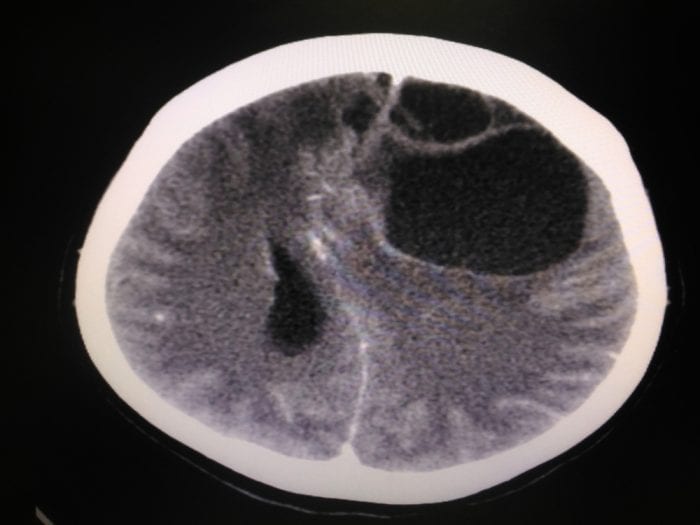 Why Glioma Tumors Are So Deadly

Glioblastoma is the most fatal primary brain cancer. It rapidly manifests and spreads throughout the body in a very short period of time. The standard treatment is to surgically cut out the glioma (if it’s in an operable place like the front of the right lobe and not nestled deep within the brain) and then some heavy-duty radiation and chemotherapy.

As with other cancers, younger and healthier folks tend to live longer after diagnoses. But unlike other cancers, there have only been mild progressions in treatment options since research started. Not only is glioblastoma among the deadliest of cancers, it’s also proven to be the most elusive to treatment.

Glioblastoma is hard to treat not only because of its speed, but also because of its location. Many cancer-combating therapies work by starving tumors into remission. However, this has the undesirable side effect of harming or destroying the healthy cells surrounding the mass. While that may be an option in certain areas of the body, damaging brain cells is far from ideal.

RELATED  Does CBD Have a Role in Managing Dog Cancer?

A better option would be a more precise method of dispensing medicine that could attack cancer cells but leave healthy cells alone. Up until now, researchers have struggled to find a medical treatment that could do this. But new research has suggested that a THC injection may be the method we’ve been waiting for. 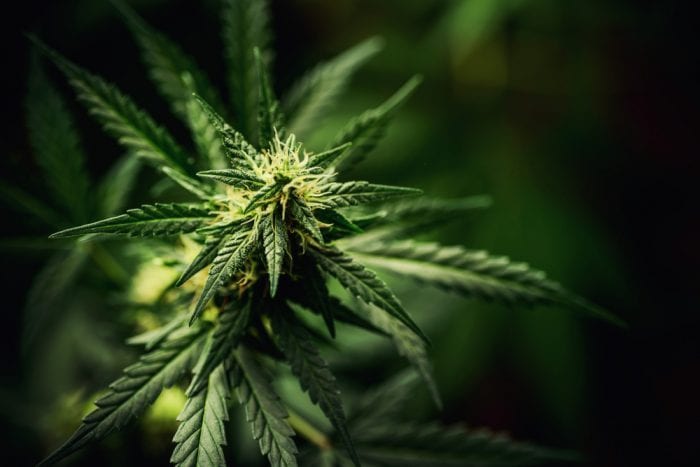 Cannabis is a well-known warrior in the battle against cancer. Thanks to its special relationship with the human endocannabinoid system, cannabis is able to mitigate the effects of cancer, shrink tumors, provide pain and inflammation relief to patients, and help with both insomnia and appetite loss.

But its use in treating glioma remained little studied, until a team from Spain began conducting rigorous experiments on mice with brain cancer and discovering surprising results.

After delivering cannabis treatments, the researchers discovered that mice with low-level brain tumors often did not develop full-blown glioblastoma. The cannabinoid-based medicine seems to effectively choke off the blood supply that the tumor used to grow.

Moreover, the tumors started to die. Without a steady blood supply, the tumors that were treated with THC simply fizzled out. Poof!

Cells die via two functions called apoptosis and autophagy, both fancy medical terms that are translated to mean “programmed cell death”. Normal human cells are meant to live for a certain amount of time, accomplish their purpose, then die so younger cells can take their place. To keep the life cycle efficient, cells are equipped with “suicide sacks” that they use to kill themselves once their time is up. It’s a natural and healthy part of the life cycle of a cell. Unless, of course, it’s a cancer cell.

Cancer short-circuits the kill switch mechanism, meaning that infected cells go on living far beyond their use-by date. What scientists are now discovering is that cannabis can restore apoptosis and autophagy to cancer cells. In doing so, cannabis can help shrink the tumor.

RELATED  The Cannabis Research That Should Be Front Page News

But wait, there’s more! A 2006 study piloted a novel idea. Nine glioblastoma patients would receive a new kind of cannabis-based treatment. Researchers injected a cannabis concoction directly into the patients’ brains. They believed that cannabis would be most effective if it directly confronted the glioma. The idea was to directly target the tumor rather than wait for the cannabis to pass through the body’s processing facilities after smoking or vaping.

Eight of those nine patients showed a positive response to the cannabis treatments, including a much expanded lifespan. Instead of the 24-week lifespan they expected following surgery, the patients injected with cannabis lived for another year.

That’s amazing news! It’s an honest breakthrough against one of humankind’s fiercest killers. Hopefully the study will spawn new understandings of how glioblastoma works — and how cannabis can stop it.