No, Monsanto has not created GMO cannabis. To do this they would need clearance from the FDA and the DEA. Someone DID make GMO cannabinoids though.

For years, cannabis activists have feared the arrival of genetically-modified (GMO) cannabis. GMO cannabis would undermine the plant’s health benefits, they claim, and would only further contaminate an already pesticide-laden agricultural product. Since 2015, fake news articles came out claiming biotech giant Monsanto already created GMO cannabis, which was soundly debunked but continues to make the rounds on social media. 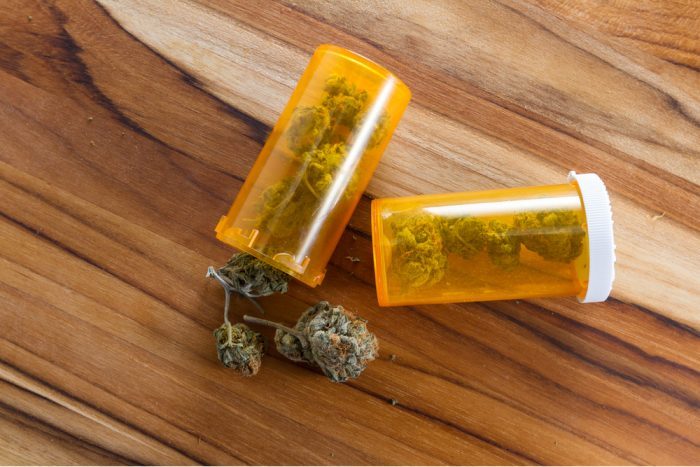 Even today, you’ll hear people claim that dispensary weed is “genetically modified,” or worse, that genetic modification is completely natural.

What exactly does it mean to genetically modify an organism? And has it happened with cannabis? The answer to that last one is “yes” and “no,” which I’ll explain below. But first….

What is a GMO?

GMO stands for “genetically-modified organism.” There’s a lot of confusion around this definition, but genetic modification is another term for “genetic engineering.” And no, it is not natural by any stretch.

Within molecular biology (my field of expertise), genetic modification refers to any artificial gene-altering event. The key word there being “artificial,” meaning humans caused the genes to change, not nature.

Take a look at Cambridge Dictionary’s definition for “genetic modification.” It goes: “the process of changing the structure of the genes of a living thing in order to make it healthier, stronger, or more useful to humans.” Note that last part, “more useful to humans.” Nature doesn’t care about humans. Humans, however, care about other humans, hence genetic modification is a wholly artificial process, not a natural one.

The World Health Organization has its own definition, too. It goes: “Genetically modified (GM) foods are foods derived from organisms whose genetic material (DNA) has been modified in a way that does not occur naturally [emphasis added].”

The biotech industry invented and continues to promote the idea that genetic modification is “natural” and “has been going on for millions of years.” This is BS. Within the molecular biology field, the difference between “genetic modification” and natural interspecies gene transfers is clear cut. The confusion only exists out in the general population (though some scientists remain confused, too). 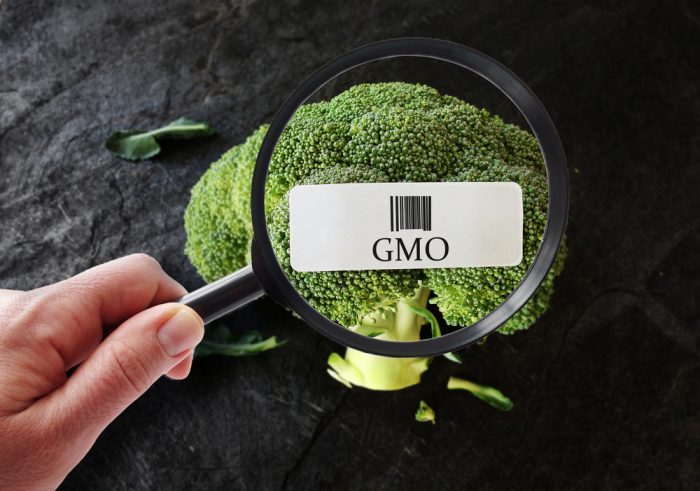 We refer to natural methods – methods that aren’t invasive and unnatural – as “conventional breeding” methods. Conventional breeding includes techniques such as backcrossing (breeding a plant with its parent) or artificial selection (picking two parents with the desired genes and getting them to reproduce normally).

To create a genetically modified organism, you need a gene, an organism, and a vector. The gene goes into the vector which inserts the gene into the target organism. An example would be taking a glow-in-the-dark gene from a jellyfish and transferring it to a cat – and voila, cats that glow in the dark. (This is a real thing, by the way.)

The vector is any agent that can move the gene from itself to the organism. Vectors are usually viruses, but other microorganisms, such as yeast and bacteria can do it too. Other vectors are nonliving, such as metallic particles that biotechnicians literally shoot into the germ cell.

Is there GMO Cannabis?

Technically, no. To date, no one has claimed that they genetically engineered a cannabis plant. That includes Monsanto. If a biotech giant like Monsanto did create GMO cannabis, we would know, because they would’ve needed clearance from the US FDA and DEA. Not to mention Monsanto would rush to publish its results, whether through PR or in a peer-reviewed journal.

It’s true that people have patented cannabis plants and that plants are currently being designed through conventional breeding methods, but no one has yet introduced a synthetic gene into cannabis, nor has it been done with a foreign gene into cannabis from another organism. Treating cannabis with pesticides does not qualify the plant for GMO status, either. Pesticides don’t intentionally alter the genes in a cannabis plant. 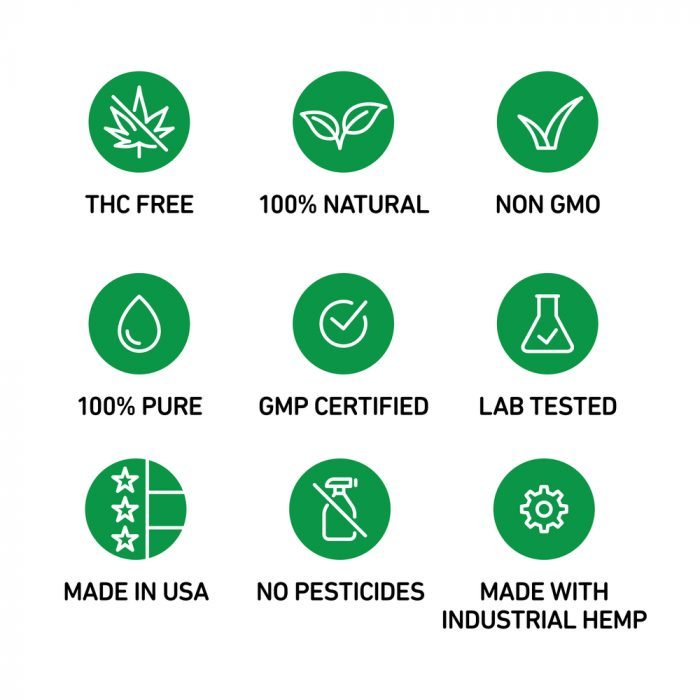 Although GM cannabis doesn’t exist, it could. For example, if Monsanto wanted to make weed plants Round-Up ready, it would spend a few years splicing the Round-Up ready gene into some germ cells and see where things go. However, introducing foreign genes into the plant is much easier than genetically modifying the plant’s cannabinoid chemistry.

The genes that regulate cannabinoid production – such as the genes that encode the THCa or the CBDa enzymes – are too large to fit into viral or microorganism vectors. Because viruses and yeast are incredibly tiny, they can only hold so much DNA. We probably won’t see roses growing THC-rich trichomes any time soon.

Instead, research groups, such as those at the Kane lab at the University of Colorado, rely on traditional methods, like backcrossing, to amplify the plant’s native genes.

Furthermore, although we don’t yet have GM Cannabis sativa, we do have genetically engineered cannabinoids. One Canadian company, InMed Pharmaceuticals, claims it can produce any cannabinoid or terpene derived from the cannabis plant using genetically-modified E. coli bacteria. Just pour some sugar into the vat, and out comes the CBD.

Another company, Librede, recently received a patent for producing cannabinoids from yeast. Both companies claim their cannabinoids are chemically identical to the cannabinoids found in the plant.

We can probably safely anticipate GMO cannabis sometime in our lifetimes. This is, after all, the biggest cash crop in the world. 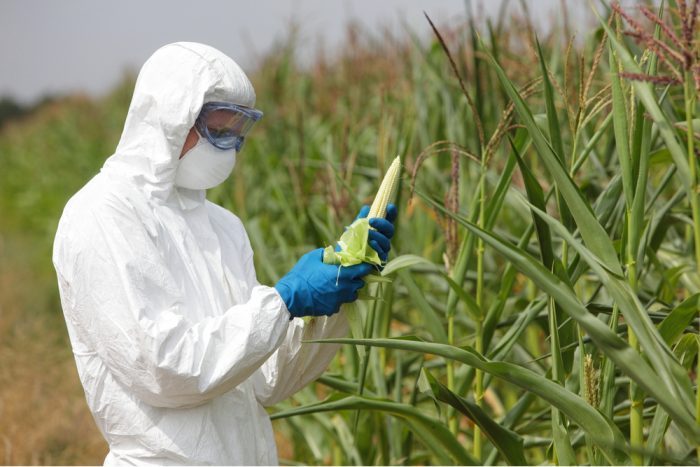 Thankfully, cannabis produces many of its own natural pesticides. That doesn’t mean Monsanto won’t try to splice in the Bt gene or the Round-Up ready gene into the plant, if the company even cares to get into the cannabis game.

If we genetically-modify cannabis, it’ll be for things like keeping hemp THC-free or enlarging yields. But many of these tricks can be pulled off with less-expensive, less-time-consuming methods like traditional breeding, backcrossing, or compost teas. Besides, there’s growing consumer demand for genetic diversity in cannabis – whether its terpene profiles or specific highs – and that alone should keep Big Biotech away from the plant.