The world’s first GMO strain is here. But what does that mean for cannabis?

Well first, one must look at GMO itself, a commonly misunderstood and often demonized technique that gives beneficial traits to plants, which in turn, increases global food security.

GMO stands for genetically modified organisms. It’s the process by which an organism has its DNA altered through genetic engineering. This results in a similar outcome to artificial selection, where researchers use breeding techniques to encourage the development of certain characteristics. But with GMO, researchers are better able to guarantee the appearance of desired characteristics as they manipulate at the gene level.

Two of the most common techniques used in genetic modification of plants include: a bacterium called Agrobacterium tumefaciens and a “gene gun.” A. tumefaciens is able to naturally transfer DNA, while the gene gun fires DNA coated microscopic particles into the plant cell.

There are many GMO plants currently available. For instance, plants like soybeans and corn are comprised of 93 percent and 88 percent GMO crops, respectively. Other GMO varieties of plants include potatoes, apples, and squash.

There Are Benefits to GMO

There are many reasons to genetically modify certain plants. Some have had genes altered to improve the ability to survive or to increase crop production. Others are GMO to alter traits like nutrient makeup or color. One common GMO outcome is seedless fruits, like watermelons or grapes. It is likely that every person had seen these in the local supermarket.

These possible outcomes can help to solve a range of food shortage issues, and it is one of the main reasons that people advocate for GMOs. 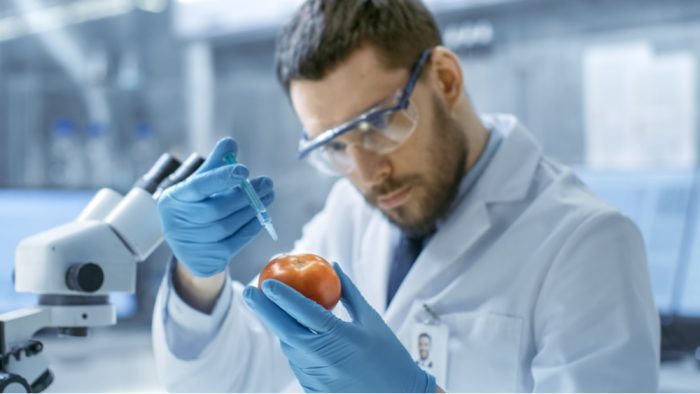 A 2004 study concluded that there are 840 million people in a state of chronic hunger. A further three billion people are suffering from nutrient deficiencies. A crop that is genetically modified to grow in harsher conditions, provide substantial nutrients, and have longer shelf lives could greatly improve access to food and nutrients for many, especially those who rely on a single staple food crop.

Concerns around GMO foods tend to center around the relatively recent developments in GMOs and the lack of long-term research into potential ill health effects. Other concerns, including increased risk of an allergic reaction, antibiotic resistance, and an increased cancer risk, seem to have no serious basis for concern in the research or are reasonably prevented with GMO guidelines.

So What Does this GMO Strain of Cannabis Look Like?

THC and CBD drinkable products are also currently some of the most cumbersome cannabinoid products. These often require shaking to combine undissolved cannabinoids into the liquid, leaving unappealing sediment or cloud.

How Does It Work?

Labeling their technique “Distilled technology”, Trait Biosciences claim to have achieved in-plant water-soluble cannabinoids by mimicking the process of glycosylation, a naturally occurring process in your body that metabolizes different foods. Glycosylation is a reaction that occurs through glycosyltransferases. These add carbohydrate molecules to lipids and proteins to help stabilize these and make these water-soluble. 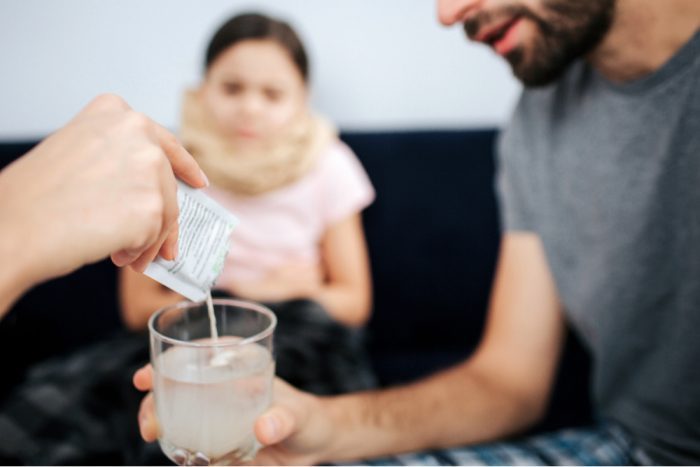 What Differences Should You See from this GMO Strain?

This genetically-modified plant may possibly solve other negative characteristics of non-water-soluble cannabinoids. Fat-soluble cannabinoids, obviously, cannot dissolve in water and so separate in liquid products. This often results in an oily film in the mouth on consumption. At its worst, patients can end up with a super dose from separated cannabinoids. This can make people feel ‘too high.’

Since the cannabinoids in the GMO plant are water-soluble, this separation and the oily film wouldn’t be an issue.

So What to Think About this New GMO Strain?

If what the company is claiming about their newly developed water-soluble cannabinoids plant is true, then it certainly could be a game-changer in the development of cannabinoid beverages and other liquids. It could also potentially provide improvements in the delivery of cannabinoid medications. After all, current research indicates that glycosylated cannabinoids (THC and CBD) deliver more rapid effects. This is thanks to their now water-soluble states.

However, remember that researchers are still waiting on patent approval for this genetically modified cannabis plant. Moreover, there do not appear to be studies or trials investigating water-soluble cannabinoids alone.

While this GMO strain may, despite advocate discomfort, be beneficial, there’s still plenty to learn. Needless to say, the cannabis market is shifting – perhaps rapidly than we ever could have expected.

The Top Dangers of Nanotechnology for Cannabis