The Many Advantages of Growing Cannabis Outside

Growing cannabis outside may be the best for the planet and your personal enjoyment.

Is there any truth to the widely-held belief that growing cannabis outdoors is inferior to indoors? Certainly, prohibition took cannabis indoors, and this then resulted in the evolution of technology available for the perfect grow. But the recent wave of legalization means that cannabis is stepping out into the light again, in more ways than one.

Cannabis grew outdoors successfully ever since the first weeds sprouted up in a Central Asian ditch eons ago. And once humankind got a taste for it, cannabis’ evolutionary journey to world domination took a very different route to any other plant. In the latter half of last century and up until today, growers cultivated cannabis under artificial lighting and precise climatic control, and many consumers have almost forgotten that cannabis also grows effectively outdoors too. It might even be better.

If there’s one reason to dig into the debate around the potency of outdoor cannabis, then it must be around the environmental consequences of indoor grow operations. In a study published in the journal Energy Policy (2012), scientists claimed that producing one kilogram of processed cannabis equates to driving across the United States eleven times in a 44-mpg car. And in a time of growing concern around climate change, now seems like the time to bust a few myths about growing cannabis outside.[1]Mills, Evan. (2012). The carbon footprint of indoor Cannabis production. Energy Policy. 46. 10.1016/j.enpol.2012.03.023.

The perception that outdoor bud is inferior to that grown indoors goes a long way back. When cannabis became a schedule 1 substance, growers took a plant that flourished outdoors for millennia and brought it inside, away from prying eyes. Anyone growing cannabis outside in recent decades had to contend with the associated consequences of being found out. This often meant long hikes, and less time tending to plants, forced flowering, and early harvesting to minimize detection. There were also the limitations in choosing optimal terrain for planting—not everyone has a fertile and discrete south-facing slope available to them.

The result was that many consumers got a taste for the more refined indoor bud. But, the playing field was never truly level.

Without the pressures of law enforcement and thieves, modern outdoor gardeners find themselves in a lot less of a rush. By pruning for optimal bud development, training plants effectively, and having wider freedoms around where they choose to grow and in what soil, outdoor growers can produce top-shelf bud that competes with much of that grown indoors. And it will be at a fraction of the cost to both the consumer and the environment. 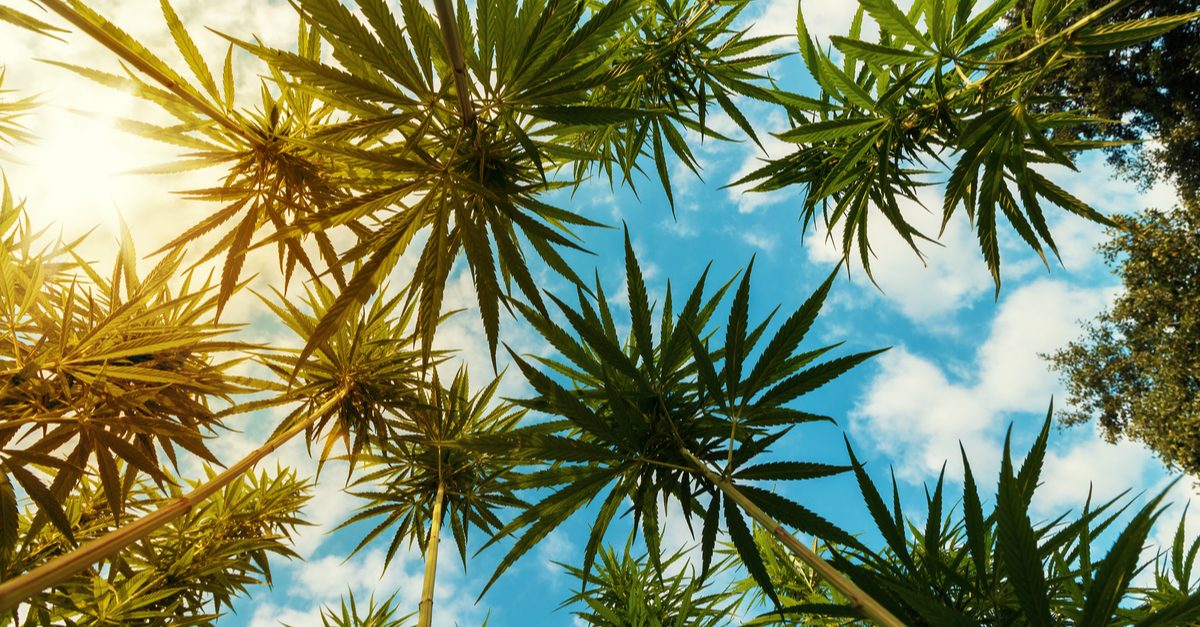 Disease, pests, and mold are all but guaranteed for indoor growers who haven’t got their wits about them. Between stagnant air or standing water, indoor conditions often encourage their proliferation. But, outdoor cannabis isn’t predisposed to the same challenges. With a breeze aerating the crop, the formation of unnatural conditions that favor pathogens is less common.

While astute growers can minimize their risks, disease and pests can still attack anywhere. For their part, consumers should be aware of the potential of ingesting the harmful compounds that some growers apply to negate such issues. While black markets are most at risk, the legislation that exists in many legal jurisdictions ensures proper testing for the presence of all that bad stuff no one should ever consume – like mold, pesticides, solvent residues, and perhaps even the odd spider mite.

By and large, this statement holds true, but it’s not an inherent characteristic of outdoor cannabis. Outdoor conditions vary considerably around the globe, and with cannabis being a globally consumed crop, the very definition of outdoor-grown cannabis is a wide concept at best.

Ancient landrace varieties of cannabis evolved outdoors over long periods of time. They formed a relationship with the surrounding area, and in effect, became a function of its climate, soil quality, and terrain. It’s easy to see why growing a plant that evolved naturally in the Hindu Kush mountains on the Afghan-Pakistan border might not do quite so well outdoors in Northern Europe or the Pacific Northwest.

Another issue is the definition of potency. If by potent, we mean THC content, then indoor cannabis will always be superior. If, however, we define potency as the presence and bioavailability of additional medicinal plant compounds, then it comes to mean something quite different. Plants often produce specific profiles of compounds that are unique to the soil, the altitude, and latitude in which they grow, and it’s this which may even provide future medical breakthroughs.

Similar to wine made in South Africa, Italy or Chile, the grapes in each area have their own unique properties. These come from the synergies between soil, climate, and other conditions of the area. When it comes to the medicinal value of cannabis, certain cannabinoids express in greater abundance in certain geographical locations. One such example is the increased presence of THCV in southern African landrace varieties.

Location decides everything. With little regard for the location and underlying genetics, growers can’t be surprised when outdoor grows yield less potent cannabis. 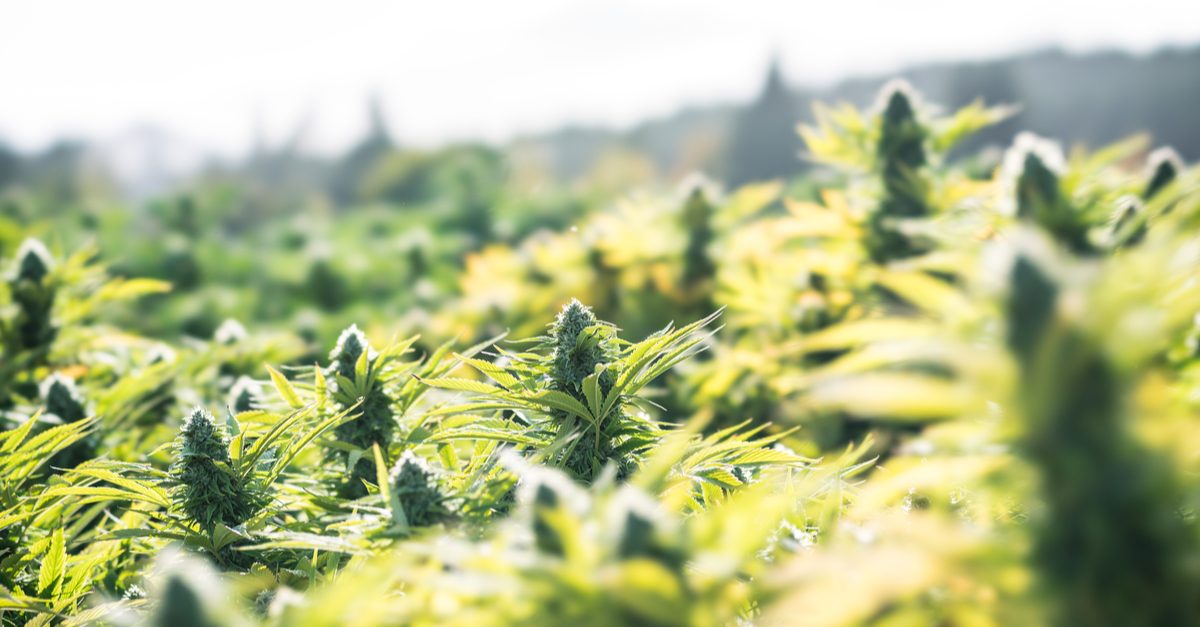 This myth holds little weight. Outdoor cannabis can be as flavorful as indoor cannabis, if not more. Just like a fine wine, there are several factors at play. Soil, climate, and the surrounding conditions all interact to define the terpene profile that gives rise to distinct flavors within the plant.

A study published in the Journal of Chemical Ecology (2008), underscored the role that soil plays in terpene production. Researchers noted high quantities of terpenes, such as myrcene and camphor, in plants growing in calcareous soils. While in more siliceous soils, they found more abundant quantities of the well-known terpenes alpha-pinene and beta-caryophyllene.[2]Ormeño, Elena & Baldy, Virginie & Ballini, Christine & Fernandez, Catherine. (2008). Production and Diversity of Volatile Terpenes from Plants on Calcareous and Siliceous Soils: Effect … Continue reading

The Revival: Growing Cannabis Outside

Cannabis is about more than THC, just as wine is about more than alcohol content. Indoor grows can manipulate the plant to the nth degree. But those who search out some quality outdoor cannabis may be surprised. Mother nature does very well on her own!