The endocannabinoid system (ECS) consists of receptors and the ligands that fit into those receptors: anandamide and 2-AG. Receptor types include: two G-protein coupled, CB1 and CB2. CB1 is the main receptor involved in the central nervous system (CNS). It can also exist in peripheral tissues, such as adrenal glands, ovaries, uterus, prostate and placenta. CB2, on the other hand, is mainly found in immune-based tissues, such as spleen, tonsils, and bone marrow.

Endocannabinoids play vital roles maintaining healthy functioning for many areas of the body. When the endocannabinoid system (ECS) malfunctions, however, disease follows. In fact, the ECS plays an important role in the regulation of the main processes that lead to cancer.

Recent data demonstrates the involvement of the ECS in numerous physiological and the pathological processes of the female genital tract. So, it is not surprising that the dysregulation of the ECS be implicated in the development of gyno cancers.

Different studies like this one published in Endocrinology (2010), have already confirmed the presence of components of ECS in the uterus. Anandamide, for example, helps with successful implantation of the embryo into the uterine wall. 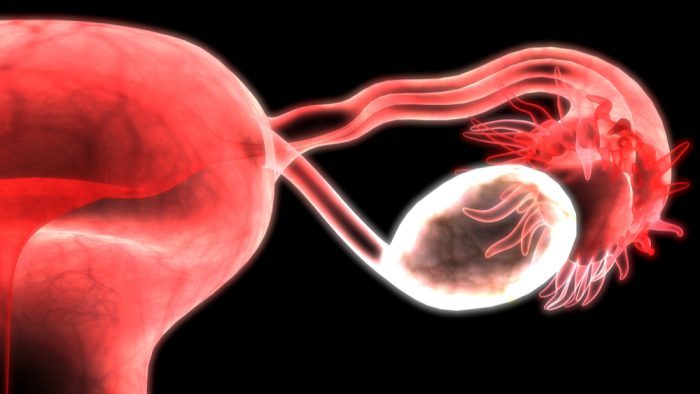 The most important marker for the presence of endometrial carcinoma is an increase in CB2. This is because CB2 receptors have high expressions in biopsies for this type of cancer, and weak expressions in healthy tissue. CB2 receptors likely play a key role in the regulation of growth and death of cancer cells.

A recent study — published in the Journal of Ovarian Research (2019) — showed that CB2 receptors have a potential role in control of cancer cell growth through the regulation of the mitochondrial function and apoptosis (cell death). According to all of these findings, there is no doubt that ECS plays a role in the pathophysiology of the endometrial cancer. So it is imperative that the pharmacological targets for the treatment proceed to the clinical testing phase.

Furthermore, in the case of the cervical cancer, western blot and RT-PCR did confirm the presence of the CB1R, CB2R and TRPV1 receptors in the different cervical cancer cell lines.

Ovarian Cancer Made Worse by Dysfunction in ECS

When it comes to ovarian cancer, this study — published in PLoS One (2009) — suggests that anandamide comes from the ovary, is under hormonal control, and plays a role in all stages of ovulation. In addition, aggressive ovarian cancer cells display highly elevated levels of Monoglycerol lipase (MAGL). This enzyme breaks down the endoannabinoid 2-AG, which will interfere with reproductive processes. It may also cause the body response of increasing concentration of CB2 receptors.

MAGL regulates a fatty acid network that promotes migration, survival and tumor growth. Interestingly, over expression of MAGL in non-aggressive cancer cells re-instates fatty acid networks and increases the aggressiveness of the cancer.

A recent theory suggests that G-protein coupled receptor 55 (GPR55) could be a potential cannabinoid receptor. Some in the science community are even calling it the CB3 receptor. Elevated GPR55 was on display in several ovarian cancer cell lines and seems to have a critical role in regulating cell proliferation. Research also shows that the expression of CB1 receptors increased in malignant ovarian tumors. 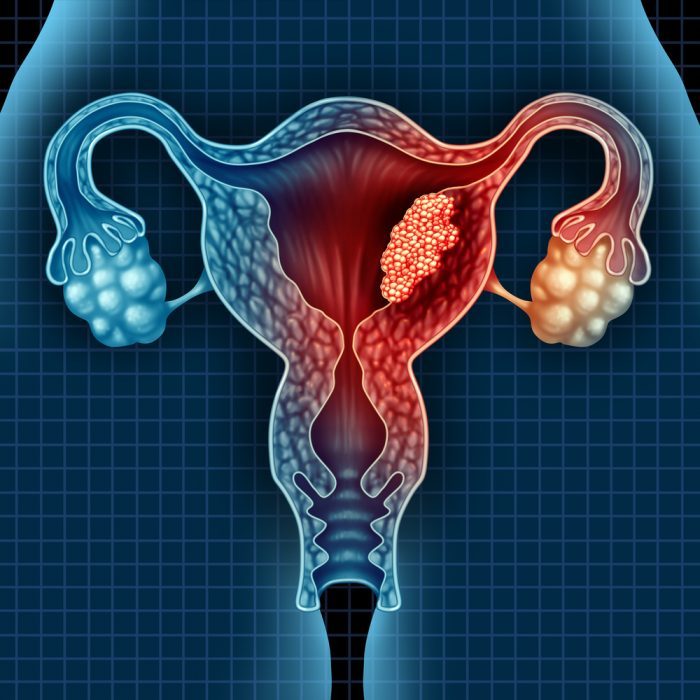 What Does This Mean for Gyno Cancers and Cannabis Medicine?

Available data demonstrates that the endocannabinoid system plays a decisive role in the development and progression of the gynecological malignancies. It appears to have several anti-tumor strategies, including killing cancer cells, anti-metastatic effects, and inhibiting the formation of blood vessels that promote metastasis. The ECS also seems to interfere with some of the key cellular traits of cancer cells, including invasion and adhesion.

Certain cannabinoids are able to signal the same receptors that anandamide and 2-AG do. These are THC (the famous intoxicating compound responsible for getting you high) and CBD (the non-intoxicating substance with a large range of health benefits). This suggests that there is a place for cannabinoid therapy in reducing the aggression and development of gyno cancers. More research — including cannabinoid replacement therapy — needs to occur before there are recommendations put forward.

Should Migraine Patients Start with Cannabis?