Study: Cannabis Consumers Healthier Than Those Who Don’t Partake

The health of cannabis consumers is better than that of their peers, according to a new study.

The work, published in Cannabis and Cannabinoid Research (2020), showed that the health of regular cannabis consumers was actually higher than abstaining peers. What’s more – the findings also report that they enjoyed a greater quality of life than people who abstain.[1]Schlienz, Nicolas et al. (2020). A Cross-Sectional and Prospective Comparison of Medicinal Cannabis Users and Controls on Self-Reported Health. Cannabis and Cannabinoid Research. Early online … Continue reading

While this may sound shocking — cannabis is still an illicit substance, according to the U.S. federal government — it echoes what weed activists have been saying for a long time. Cannabis is a natural medicine that has been used for thousands of years. It’s only recently that humanity decided it was dangerous.

Importantly, now the pendulum is swinging back toward our ancestor’s view of weed. Modern research is beating a steady drum, slowly figuring out how and why cannabis works on all matters of physical and mental ailments, and helping retroactively prove that the beliefs of past years.

Uniting an ancient medicine with modern science has produced a wonder drug that consumers say helps them feel less pain, sleep better, be happier, and rely less on pills.

The Health of Cannabis Consumers

But the biggest difference came in sleep quality, anxiety, and depression.

Cannabis consumers were a full point above sleep quality (9.9 vs. 8.9 on average). And had more than a point less anxiety (9.2 versus 10.5 on a 15-point scale). Depression was the most severe difference, with cannabis consumers saying their depression levels were at a 6.7, on average, while non-users marked their average depression at 8.4 on a 1-10 scale.

Both the physical and mental health of cannabis consumers far outpaces the average. 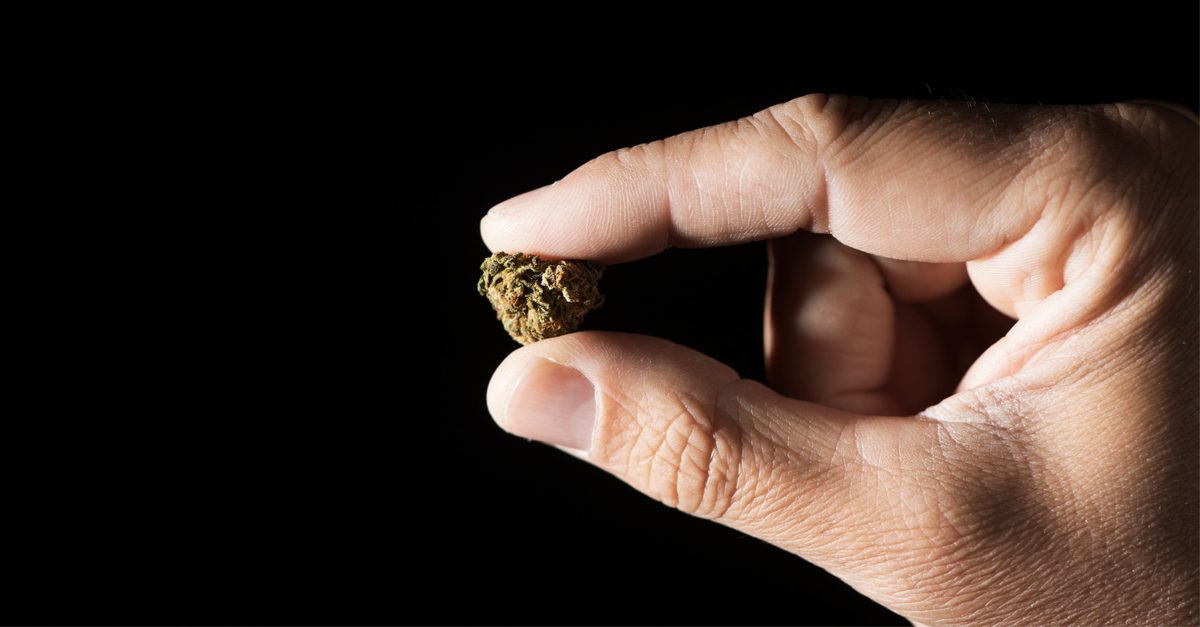 The Study Controlled for Health Factors

RELATED  Hemp Cleans Up Radioactive Soil and So Much More

In other words, the cannabis consumers were slightly older and just as sick as the control group. But, that’s not all. The participants were similar in other measures as well. They were roughly equal in educational attainment, so much so that the differences held a p value of less than .05, making them non-statistically significant. And the races and gender of the groups matched almost exactly (the control group was one percentage more male than the cannabis consumers).

So, there seems to be no reason, other than weed, that the health of cannabis consumers would be better.

How Much Cannabis do I Need?

Here come the differences. Unlike many studies that examine whether a specific amount of cannabis makes a difference, this was simply a survey asking people if they took cannabis and if so, how much. To be included in the cannabis group, consumers could use any kind of cannabis, of any amount. Full-spectrum cannabis wasn’t even a requirement.

In fact, most cannabis consumers surveyed (fifty-eight percent) took CBD-dominant products, meaning either CBD-only products or full-spectrum strains high in CBD. The dominant method of consuming the cannabis was tinctures and oils (forty-seven percent) followed by dried cannabis flower (nine percent), and edibles (eight percent). Because the study did not mandate a dosage or ingestion method, patients were free to choose a method that worked for them.

Does Cannabis Keep the Doctor Away?

The study also revealed that cannabis patients used significantly fewer healthcare resources than their non-consuming peers. Cannabis group members had fewer prescription medications by eighteen percent. They were less likely to visit the hospital or emergency room by more than fifty percent. This suggests that cannabis could be adept at preventive care, or  replacing multiple medications. A 2018 study, published in Addiction, found that every place that legalizes cannabis sees a fast and lasting decrease in opioid prescriptions.[2]Lang, Di et al. (2018). Medical cannabis legalization and opioid prescriptions: evidence on U.S. Medicaid enrollees during 1993-2014. Addiction. 113(11) 2060-2070. … Continue reading

And the message seems to be getting through to doctors. Among study participants, twenty-seven cannabis consumers reported that a physician explicitly recommended cannabis. Sure, that’s just one-third. But, it signals a growing acceptance of cannabis medicine among doctors in a legalized state.

Can You Use Cannabis to Get (and Stay) Healthy?

Cannabis isn’t a diet pill or a steroid. And taking CBD oil doesn’t make people stronger. But, the theory goes that it protects the body from ailments by boosting the endocannabinoid system. This is a system that is involved in homeostasis of almost every aspect of the body. Of course, more research is needed, but this is the essence of where the studies are focussed.

If cannabis is good for all these parts of the body, it makes sense that it would boost the overall health of cannabis consumers. After all, the endocannabinoid system has a hand in everything, from mood to appetite. Accordingly, cannabis seems to affect every bit of it.

So, the next time someone wrinkles their nose about cannabis, remember: it’s a natural product that may even deliver better health outcomes. What’s not to love?