Michigan has reported heavy metal contamination due to leaching of lead from metal cartridges into vape fluid.

Vaping is safer and healthier than smoking a joint. Through a process of vaporization, vaping naturally prevents smoke particles entering into the respiratory tract. Each inhale is a soothing combination of oxygen, moisture, and cannabinoids. Right? Well, according to new research, maybe not.

If a report recently published in Michigan by the Department of Licensing and Regulatory Affairs is accurate, there could be hidden dangers in your vape pen. According to their testing, vape cartridges are testing positive for heavy metal contamination — a dangerous turn for what was supposed to be a healthier method of consumption.

Could Your Vape Pen Have Heavy Mental Contamination?

There are several concerning studies that suggest you should be worried about your vape pens and e-cigarette devices. Regulations regarding testing for metal contamination changes state by state. Usually, in legalized states, cannabis products are tested for pesticides, potency, and sometimes a few other contaminants. However, not all of these include metal testing. Fortunately for the citizens of Michigan, it is one of the few states that also requires heavy metal testing within the sector. In fact, the Bureau of Marijuana Regulation (BMR) in Michigan issued a Public Health and Safety Bulletin on the matter. They want all dispensaries to take their vape products in for third-party testing.

If you vape, you might want to take note. Heavy metal contamination is no joke and may have severe repercussions with prolonged exposure. 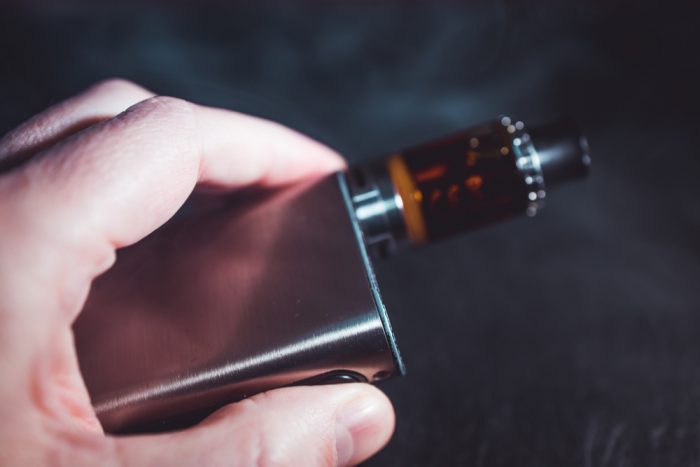 What the BMR Bulletin Advised

In a bulletin issued 12 April 2019, the BMR “identified lead contamination in tested vape cartridges when the failing test results were entered into the statewide monitoring system. BMR took immediate action and the products containing lead were destroyed in accordance with the administrative rules.”

In other words, the Department is concerned about the safety of vape pens with metal cartridges. Their research found that the lead slowly leaches from the metal into the concentrate. Puff by puff, the heavy metal contamination travels directly into your lungs.

The Department seems less concerned about ceramic cartridges. This makes sense; the contamination is leaching from metal components, after all. Because of the recent discoveries, they are encouraging “all licensed provisioning centers to have their vape cartridges tested. Patients and Caregivers who would like to have cartridges tested, at their own expense, can take them to a licensed safety compliance facility.”

In Michigan all safety compliance facilities that test cannabis must test for heavy metal contamination. While it’s true that the human body requires certain metals to survive (iron, copper, zinc) others are hazardous and have no therapeutic nor nutritional value. These include lead, mercury, chromium, cadmium, and arsenic. There are other heavy metals that may be safe to eat but are toxic when inhaled. For example, manganese. 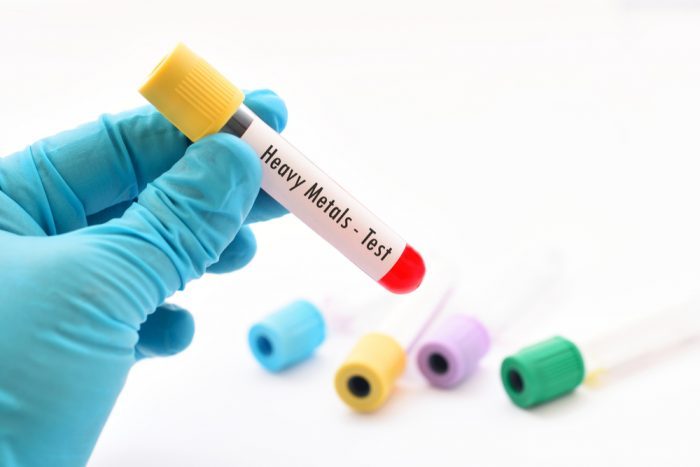 There are several contaminants that continuously plague the cannabis industry. Regulators keep turning up disturbing levels of contamination in cured cannabis, including mold, yeast, fungus, and pesticides. Other common contaminants are from the processing methods, including petrochemicals like butane and ethanol. This is why testing is so important.

In a study published from the Johns Hopkins Bloomberg School of Public Health, a surprising number of tested e-cigarette devices produced dangerous lead-filled vapors. While the study targeted e-cigarette devices, it is worth noting a large variety of cannabis vape devices rely on very similar technologies. The same heavy metals could also travel from the heating element and into a cannabis vapor.

The study found that nearly 50 percent of the tested products had unsafe levels of lead. In fact, the World Health Organization has stated there “are no safe levels for lead exposure.” Lead can accumulate in the body and lead to damage to the brain and central nervous system. Seizures, coma, and even death can result.

Researchers also found evidence of other heavy metal contamination in the aerosols including chromium, nickel, and manganese, which, as you’ll remember, are toxic to inhale.

How to Avoid Heavy Metal Contamination in Your Vape Pen

You can still vape safely by taking a few precautionary measures.

The first step is to confirm if your region requires heavy metal testing in cannabis before it hits shelves. This eliminates risks. It lets the consumer choose products that regulators test and clear. The second step is to avoid the cheap and disposable vape pens that are now flooding retailer shelves. Lead is a cheap construction material. This is why manufacturers frequently add lead into low-quality vape products, despite known dangers. 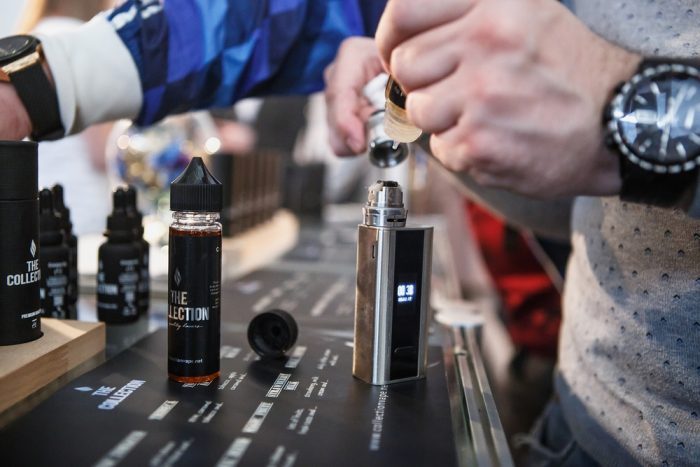 Look for vape devices that are refillable, either with flower or concentrate. Typically, cannabis does not touch the heating element in these refillable devices, which lowers the risk of contamination. These devices are also usually of high-caliber construction, sometimes with ceramic or glass heating elements. Both are excellent indications that they will have little heavy metal contamination.

If you have a few older vape pen models lying around your house, you may want to dispose of them. It’s likely not worth the money to have them tested as the Michigan BMR suggested. Instead, look for vape pens with ceramic or glass heating elements to replace your older models.

Trust your gut in your purchasing decision. If there is no information on the components’ materials or where the product comes from, look elsewhere. Also look at the workmanship. If it seems shoddy, that’s another good indication that you should look at other vapes. Heavy metal contamination is no joke. More regions need to follow Michigan’s lead in protecting its cannabis consumers.