The Perils of the Indoor Grow

It’s not as convenient or easy as it seems… and you can wreck your whole house if you’re not careful.

Just a couple more days until the Canucks can start their own little indoor grow operation. As awesome as this sounds (and actually is), it comes with some downsides. As the saying goes, the brightest HPS light casts the longest shadow.

A properly designed home grow will easily nurture a handful of plants. A poorly designed grow can destroy wood, upholstery, paint, wiring, or the entire freakin’ house. Not a fun time, unless you enjoy spending hours on the phone with claims adjusters.

Damage caused by home grows is as old as the black market. It’s also fairly common. In Colorado, where we’ve been allowed to grow six plants since 2014, there’s been substantial pushback from city and state legislators to restrict maximum plant counts. Housing associations and landlords have joined the fray as well – against the home growers, that is.

In Colorado, cannabis patients and activists decried the new plant caps. Many argued that the caps were meant to harass patients and force them to buy from (taxed) pot shops. Others warned it was the first step toward eliminating home grows altogether. These fears aren’t entirely unfounded, but they ignore issues state legislators and local business associations faced from the legal quagmire that is voter-approved cannabis.

For instance, the DEA wanted a say on tallying home grows in Colorado as well. In 2016, the DEA’s Denver office claimed the state’s home grows were like “the meth houses of the 1990s.” Earlier this year, the DEA demanded a list of all properties that housed “illegal grows.” Surprisingly, Colorado’s housing associations bucked the DEA, and the registry never happened.

Why the Four Plant Limit In Every Canadian Indoor Grow?

Why all this drama over some harmless plants? Canada appears to have taken a more cautious route by capping plants counts at four. Regardless of this low count, the Canadian Real Estate Association (CREA) pushed for a temporary ban on home grows in Ottawa. Its reasoning?

According to Global News, in May, CREA’s CEO Michael Bourque told a Senate committee that:

Indoor cultivation can cause damage that will result in increased expenses, especially for landlords, who will then have to pass on these costs on to tenants. This will raise rents for Canadians, and will disproportionately impact lower-income Canadians….The stated purpose of the bill is to protect public health and public safety and yet the legislation ignores evidence that growing cannabis indoors can be hazardous to the home and health of homeowners.

Canada has federally legalized recreational cannabis, something that still hasn’t happened in the U.S. CREA’s concerns have more to do with plant size rather than plant counts. 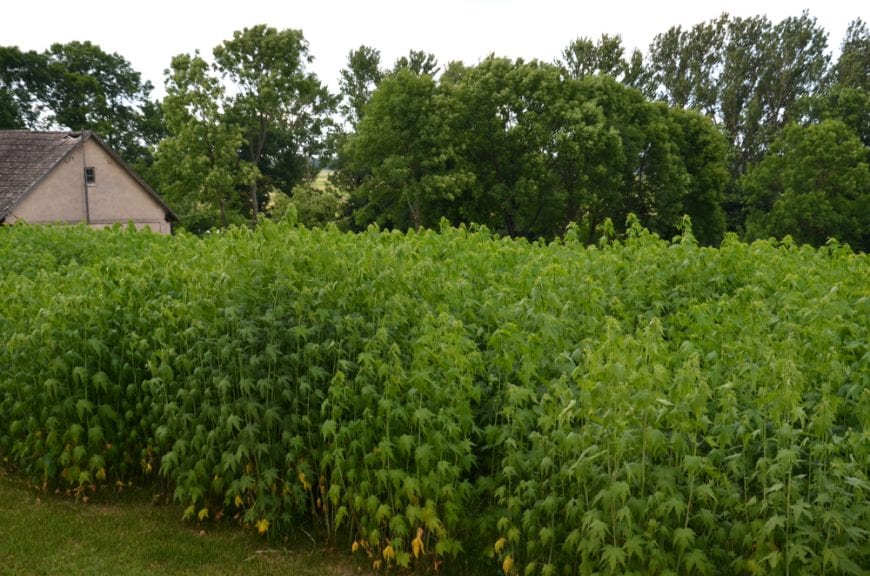 We tend to think of cannabis as a relatively small plant, almost like a bush. In reality, cannabis is a tree, and if grown outdoors, it can reach upwards to 20 ft. (sorry, 6 meters) high. I’ve spoken to some growers who claim if you let the roots grow unimpeded in giant pipes and feed them hydroponically, cannabis can reach 40 ft. (12 m) long. When we’re talking about a plant this size, just one can go from producing a few ounces of flower to pounds.

RELATED  Flavonoids: That Thing You Didn't Know About Cannabis

Chances are most Canadians don’t have the wherewithal (or space) to grow four 12-meter-long plants. But that doesn’t mean there aren’t some precautions to consider when growing at home.

Smell should be your biggest worry. No matter what, there’s no way around the lingering skunk of… well… Skunk. Sure, you could install charcoal filters on your air vents or run ozone generators in every room, but smell will always persist to some degree.

Grace Gonzalez (not her real name) works as a cultivator in Colorado Springs, Colorado. She has grown in her own home as well as for dispensaries, indoors and out. She says you can minimize odor by choosing the right varieties to grow.

“Smell comes down to the terpenes,” she told RxLeaf. “Some terpenes smell really strongly of cannabis. Others smell fruity or don’t smell like anything at all.” She suggests sticking to plants like Bubble Gum or Kali Mist to cut down on the scent factor.

“Even those strains will still give off a ‘weed’ smell,” she said. “Just not as much as something like Death Star.”

If you live in a house alone, this won’t be an issue. Living in a cramped apartment complex with snitchy neighbors could spell trouble with the landlord. Assume the folks next door will smell your crop, and prepare accordingly.

The most common type of damage from an indoor grow is due to water damage. Sometimes this happens because an automatic watering system goes haywire and turns the basement into Calypso. But usually water damage is a lot less exciting, where a ton of moisture builds up in the walls over time.

If your home is constructed like most homes, your walls are made of wood, and wet wood will eventually rot.

Moisture only becomes a problem if your home isn’t well ventilated. Optimal (relative) humidity for growing cannabis is between 40 to 50 percent when in the flowering stage. Forty percent is where most of us feel pretty comfortable, too, so it’s not just the weed that prefers that range. Over 55 percent relative humidity, and not only are we talking about sticky skin, but water collecting in the walls, too. 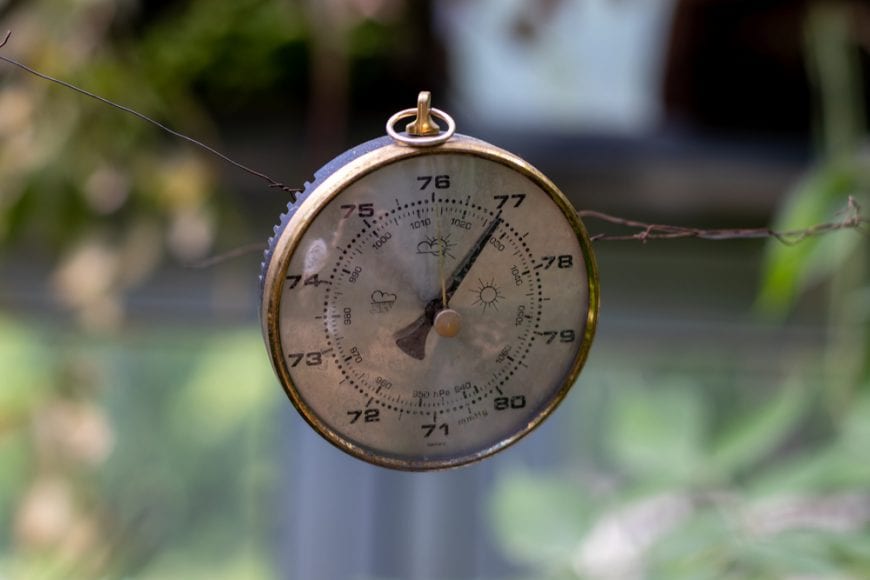 How to Prevent Moisture Damage

If you’re growing indoors, you should get a hygrometer or two. If you get more than one, be sure to place one in the grow area and another in a completely separate part of the house. Keep those levels below 50 percent, and you’ll be as golden as Michael Phelps.

Mold and mildew damage are another byproduct of over-humidifying your home. These may be the biggest peril of your indoor grow because mold and mildew can be far more insidious than simple wood rot. If it gets bad enough, there may be no remedy, and your home can be condemned.

Mold and mildew, unlike wood rot, are living organisms. They spread by releasing spores into the air, and these spores can be toxic if inhaled in large amounts. If the entire interior of your house is infected with mold or mildew, there’s no easy way to get rid of it.

If you find mold early on, you can treat the area with simple home remedies. Or, if you want to get Rambo about it, buy an anti-mold spray and douse the area.

If you ignored your mold issue or didn’t discover it until it consumed the entire building, you’ve got a serious problem. There’s no amount of bleach spray that’s going to rectify the situation.

If you’ve got a few hundred dollars to shell out, hire a mold inspector to scope out your digs. At best, they can clear the house with some heavy treatment. At worst, they’ll call the local regulators and force you out of your home. For your safety, of course.

How to Prevent Mold/Mildew

Like preventing moisture damage, the best way to avoid mold is to maintain optimal humidity in your home. You’ll also want excellent ventilation. The more you circulate the air inside with air from the outside, the better your chances of avoiding a mold infestation.

Well, now you’ve done it. You tried to gerry rig the house’s wiring to accommodate your vast array of high-powered lights, but the system couldn’t handle it, and the network popped. Flipping the thick black switches on the breaker box isn’t doing anything except breaking your fingernails. Yikes.

If you’re doing an indoor grow, you’re probably using a few big lights to keep your plants healthy. After all, more light equals more energy equals bigger yields. Honestly, you shouldn’t need an intricate lighting system to grow a measly four plants. But maybe you’re the “Challenge Accepted” type who wants to simulate a G-type main-sequence star for the lolz. Or maybe you grew up on Tim “The Toolman” Taylor and blasting 20,000 Watts in the broom closet is your idea of home improvement. Or maybe I’m just showing my age with outdated pop-culture references. 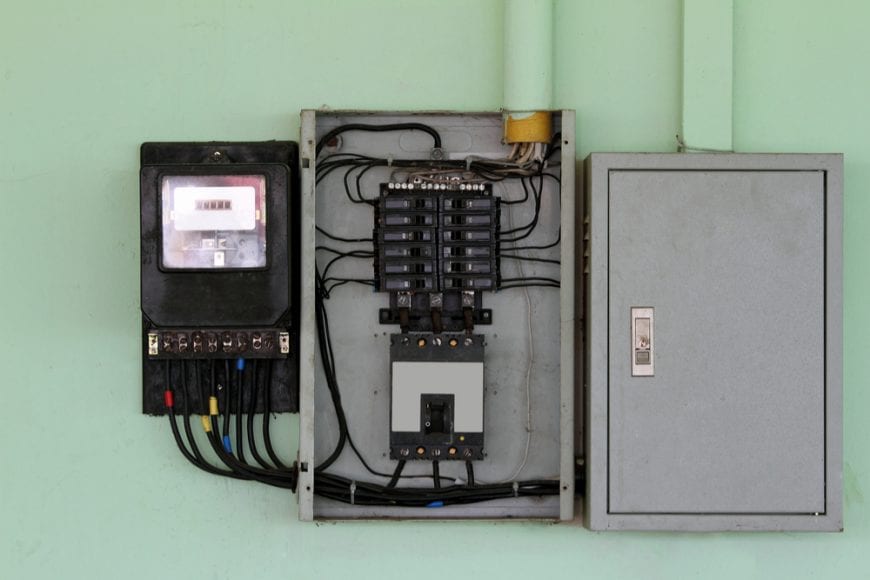 How to Prevent Electrical Damage in Your Indoor Grow

If you’re not a trained electrician, you might consider hiring one to inspect your home first. Real electricians usually hold professional licenses and belong to professional guilds.

If you’ve got a buddy who knows electrical stuff, buy them some beers and see if they’ll do it for free. Whatever you do, just make sure your home’s wiring can handle your extra lighting setup in your indoor grow.

Also, remember: water can damage everything. Just as excess moisture can rot wood or harbor mold, it can wreck the electrical system in your house, too. Keep that humidity in check.

A Word on Hydroponics

Hydroponics come with a cool factor that’s unparalleled. Sure, many long-time growers prefer soil, but you don’t hear rappers making references to that dope coconut husk. You hear them rapping about hydro, partially because it rhymes with a lot of words, but also because a hydro grow requires a lot of attention. It requires a lot of TLC, as some would argue, more than a soil grow does.

If you’ve never grown hydro before, you might want to take your time with it. Many homes, both old and new, require household rewirings to power the hydro units. A poorly maintained or monitored hydro operation can cause both water and electrical damage to your home, a guaranteed double-whammy of horror if you don’t know what you’re doing with your indoor grow.

Avoid These Problems in Your Hydroponics Grow

How to Increase THC Levels in Your Cannabis Home Grow

How To Set Up an Indoor Grow Tent