The sky is the limit for the benefits of the hemp plant.

The hemp airplane might be poised to change a problematic industry. While it’s a necessity for much of the population and the integrity of global economies, the aviation industry is one of the biggest polluters out there.

Even as aircraft become more fuel-efficient, the demand continues to outstrip the benefits. According to a report from the International Council on Clean Transportation (2018), the demand for air travel is increasing 1.5 times faster than U.N. estimates. In an industry that’s responsible for 2.4 percent of the world’s emissions, this growth is a significant contributor to climate change.

But, as big a polluter as air travel may be, it isn’t going anywhere. These alarming stats merely push many entrepreneurially-minded individuals to look for ever-more efficient alternatives in how the aviation industry moves forward. For one Canadian based company, the next evolution in aviation is the hemp airplane.

Taking Hemp to the Skies

A plane made from cannabis may sound far fetched, but Canadian cannabis company Hempearth is currently designing the world’s first hemp airplane. Made almost entirely from hemp, much of the plane, from the seats, wings, and walls to the pillows, utilize this remarkable material. The plane itself has room for one pilot and four passengers and has a wingspan of thirty-six feet.

In addition to material construction, the plane will run on Hempearth Hemp Jet-A Bio Fuel. After 150 years of mindless drilling and fracking, a change is on the horizon, thanks to the ever-increasing efficiency in fuel production from hemp.

The widespread cultivation of hemp following the Farm Bill of 2018 means that it’s now a viable resource. The years lost to prohibition now seem all the more ridiculous considering the 918 million metric tones of CO2 emissions from fossil fuel use in the aviation industry in 2018. 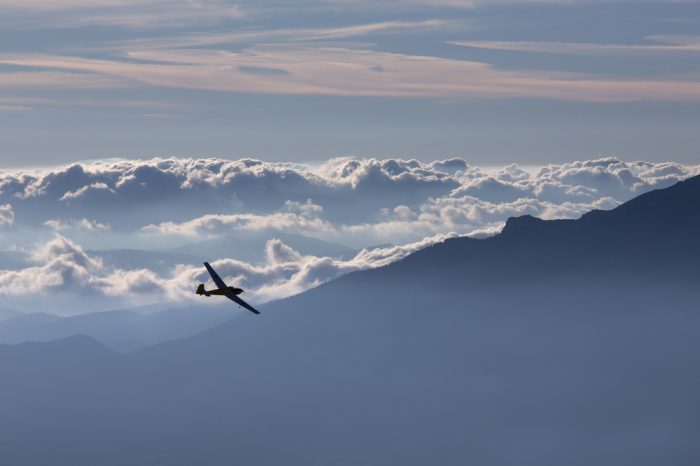 The Benefits of Hemp for Aircraft Construction

So why would someone build an aircraft from plant material? Well, hemp has some unique properties. The first unique property is its strength. But to understand why hemp is used for aircraft construction, it’s important to define what is meant by material strength.

Generally speaking, materials either crack and break, or bend and mend. To understand the former, imagine a strong branch. It may withstand a lot of pressure, but apply enough, and it will eventually break. In other materials, by applying pressure, the material bends but won’t break. Hemp is more like the latter. It will hold almost twice the weight of steel before it eventually breaks, and it will bend and mend at six times the rate of steel.

In addition to strength, there’s also the lightweight nature of hemp. Traditional aerospace materials are heavier than hemp. Coupled with increased strength, the weight savings mean the fuel requirements to become airborne are a lot lower.

From a Hemp Car to a Hemp Airplane

While the construction of a hemp airplane may be new, the use of hemp in vehicle construction is not. In the 1930s, Henry Ford was already questioning the sustainability of cars running on gasoline. After twelve years of research, he eventually showcased a car made in large part from hemp. The car also ran on hemp fuel as well as vegetable oil. At the time, Ford saw vegetable oil as the future, and once claimed there to be enough alcohol in the yearly yield of an acre of potatoes to power the machinery necessary to cultivate the acre for one hundred years.

In addition to the environmental perks, other purported benefits of the car were the characteristics of hemp itself with its increased strength when compared to the more commonly used steel.

While the vision of Ford resonates strongly with that of a hemp airplane, the original ideas just came too soon. Powerful entities, heavily invested in other forms of energy and raw materials, lobbied hard to ensure that industrial America couldn’t harness the powers of the hemp plant.

Ford was no doubt a visionary, but in the intervening eight decades, much has changed. Increased fuel efficiency, cultivation efficiency, greater political backing, technological advances, and an society informed on climate change, mean that our ability to harness the hemp plant to a greater degree shifts the possibilities for what’s achievable.

Decreasing Carbon Footprints: Hemp use in Other Industries

As a result of increased prominence and availability of hemp, manufacturers are slowly turning to it for its purported benefits. One primary example is that of the Porsche 718 Cayman GT4 Clubsport. With bodywork constructed out of hemp, it includes composite doors with an organic fiber mixture based on hemp and flax.

Hemp advocates embrace the plant as a sustainable and eco-friendly alternative that comes with a smaller carbon footprint when compared to traditional materials. On top of that is the low net weight of the material. Where combustion engines are concerned, the lightweight nature of hemp increases fuel efficiency across the board. It’s this coupled with the versatility of hemp that make it an attractive alternative across a host of industries. 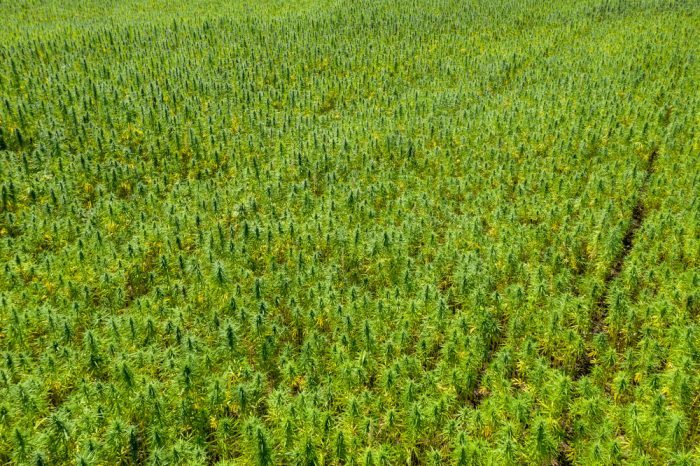 Humanity is slowly rediscovering the benefits of this once castigated plant. The absurdity of its earlier demise now seems truly tragic and detrimental. Its versatility proved a threat to already established industries, while the presence of one cannabinoid — THC — eroded alignment to cultural values that would, in time, lead to the deterioration of the environment.

In many ways, hemp represents the future of the planet. While the industry still has a ways to go, hemp shows excellent promise as an environmentally-friendly solution that may provide the next springboard to growth, equality, and sustainable existence on the planet.

Perhaps the greatest benefit that a hemp airplane offers is the ability to inspire. The plane showcases one of humankind’s greatest engineering feats. Even better — it’s built and powered by nothing more than a plant that grows in the ground. Isn’t that the future everyone wants?