The hemp boom is just getting underway in America. Time for a career change?

If you’re a cannabis enthusiast, then you’ve been carefully watching the rise of hemp. What is most interesting about this legislative and agricultural change in America, is the immense number of jobs it is creating.

Hemp is the term for industrial use cannabis. Hemp can produce food, clothing, paper, body care products such as soap and shampoo, as well as housing material. The list goes on. It was the catalyst for many of humankind’s earliest inventions and has a long history in many cultures.

Both hemp and cannabis can be rich in CBD. Most people associate cannabis with the flower/bud smoked by patients and adult consumers. The term, however, applies to both hemp and its psychoactive cousin.

In 2018, President Trump allowed the legalization of industrial hemp production in America for the first time since 1937 with the signing of the Farm Bill. The goal was to give rise to another cash crop for American farmers. 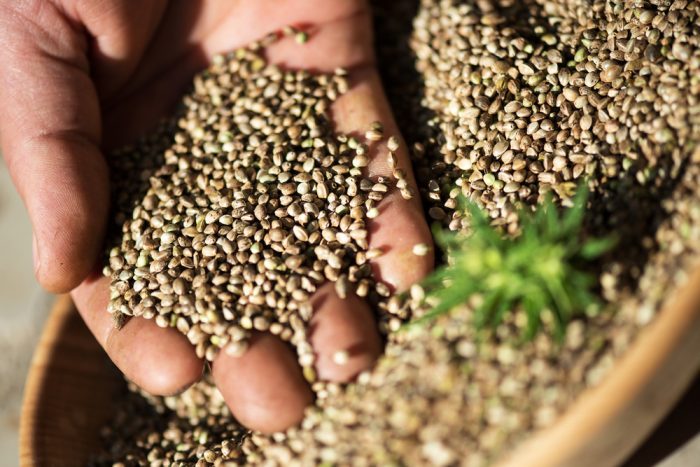 Can Anything Stop the Growth of the Hemp Market?

Although 41 states have had industrial hemp programs in place for the last few years, American farmers haven’t been motivated to farm hemp because of legal restraints. Since the plant was rescheduled, farmers are now excited at the prospect of entering the hemp industry. The numbers reflect this. Various employment websites are already reporting increases in hemp jobs.

As the hemp industry grows, we’ll see a dramatic increase in the demand for employees. This demand for labor will grow the need for both educated and non-educated, skilled workers.

Furthermore, America’s CBD industry is in the middle of an explosion, due to its medicinal benefits and legislative changes. Hemp can also be used to create CBD extract (although in weaker concentrations). There will likely grow a synergy between both industries, which will help propel the expansion of the hemp market. Needless to say, it will be a profitable industry for workers.

What is the Predicted Growth of the Hemp Industry?

A great example of the potential of the hemp industry are health and wellness products. These are manufactured from hemp fibers and are predicted to climb over the $2 billion range within the next few years. Several reports claim even higher numbers than this.

As a result of this potential, the Department of Agriculture approved 42,000 acres for hemp production. They estimate that farmers will plant 20,000 acres of hemp over the next few months in preparation for the fall season. This is an increase of 6,700 acres from last year.

Although estimates vary, some experts say that industrial hemp could employ more workers than the current cannabis industry. Federal legalization would also play a key role in employment numbers. Considering the cannabis industry employs over 210,000 people in the US, the idea that hemp could outgrow this industry is incredible news for the economy.

The 2018 Farm Bill took hemp off the Controlled Substances Act (CSA). This made it easier for researchers to develop CBD-based edibles and health products. However, the 2018 Farm Bill still maintains that the “FDA’s authority to regulate products which contain cannabis-derived compounds under the FD&C Act and section 351 of the Public Health Service Act (PHS Act).” These FDA regulations may cause further difficulty in producing hemp-derived CBD medicinal products in some states.

Some farmers were able to grow hemp prior to 2018, but with significant restrictions. For instance, it did not yet permit large-scale commercial operations. But now many American farmers can take part in a rapidly growing industry expected to hit 10.6 billion USD by 2025. States such as South Dakota and Ohio continue to have very strict laws with no industrial hemp programs whatsoever. Some states only allow hemp growth for academic purposes such as Florida, while others allow hemp growth for commercial purposes such as Hawaii and Oregon.

Where Can You Find a Hemp Job?

You can find a variety of hemp job openings on ZipRecruiter, Indeed, LinkedIn and other mainstream job recruitment sites, as well as specialized hemp job sites such as CannabaBizTeam, Viridian Staffing, and HempStaff.

James Yagielo, CEO of HempStaff said that “Ever since the Farm Bill passed, we have seen a huge increase in hemp clients coming forward, saying they need staff now or in the next few months”. Yagielo says that 80 percent of current job vacancies in the hemp industry are for higher-level positions such as Chief Financial Officers (CFOs) and accounting managers. He goes on to explain that once hemp factories are in operation creating more products, there will be greater demand for factory-line people, machinists, and other labor-related jobs.

Hemp industry growth will help increase jobs in construction, paper, and even wildlife food due to the versatility of hemp. Other job titles such as hemp inspector, hemp extraction technician or and hemp sales representatives are expected to increase according to ZipRecruiter. These jobs will all play a key role in the production, extraction, quality control, packaging, distribution, and sale of hemp-derived products. One of the upsides to the abundance of future low-entry hemp jobs is that there are so many people currently struggling who can find opportunity in this developing industry.

Based on current projections, it wouldn’t be surprising if the hemp industry takes over the cannabis industry. There are regulations that make it difficult for some states to take advantage of growing hemp. But with time, this will hopefully change. The expanding hemp industry is without a doubt going to help both the economy and thousands of patients.