Marine Helping Vets Get Off Opioids And Onto Hemp

American vets are more likely to die due to opioid abuse than their active-duty counterparts are to battle.

WarFighter Hemp is determined to change that statistic. It is a sobering fact to consider that vets who made it home are still in grave danger. One significant cause are the medical prescriptions handed out to veterans, which rob many of their faculties or lead them to contemplate suicide. The sad state of veteran health led Lt. Col. (Ret.) Steve Danyluk to start a company focused on using hemp medicine to treat veterans.

Danyluk is a former Marine Corps officer who now flies airplanes for a living. He spent the final part of his service working with the wounded from the war in Afghanistan. The experience left a profound impact on him.

“Even though I was a military officer opposed on many levels to marijuana. I learned that a lot of guys were using it as an alternative to the Department of Defense-prescribed opiates and other medications they were getting,” Danyluk said. “And it was effective.”

Seeing the results of the cannabis treatments made Danyluk reconsider his views. He began to research the substance in order to better understand why his men turned to cannabis.

“The more I delved into and became educated about CBD, the more I understood how it helps people,” he said. “It was something I could see was worthwhile.”

The Beginnings of Warfighter Hemp Medicine

After he left the Marine Corps, Danyluk continued his work with wounded veterans by volunteering his talents to a variety of nonprofit organizations.

Eventually, a friend introduced him to the cannabis grow team at Colorado Cultivars. They were in the business of farming high-quality, legal hemp. Together, Danyluk and Colorado Cultivars began a new venture, Warfighter Hemp, to bring CBD-based medicine to veterans. 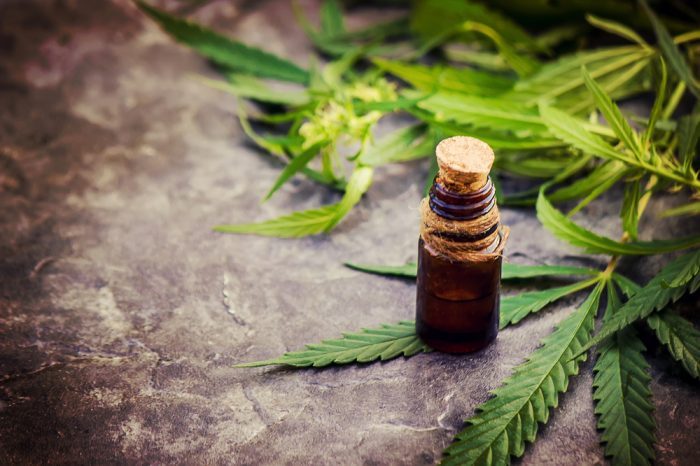 Once the company started, there was just one hurdle: Getting the medicine in front of U.S. veterans. Many of whom, like Danyluk, had upbringings where being distrustful of cannabis was normal.

RELATED  I Have PTSD After Marine Service in Iraq

Luckily, just like the U.S. armed forces, Warfighter is innovative and globally minded. They were the first cannabis company to sponsor the Veterans of Foreign Wars annual convention. And the first to  advertise in the VFW’s magazine. And Danyluk is one hell of a spokesman.

“My pitch is: Try it,” he said. “If it’s your first purchase, we sell products at half-off so you don’t have to spend an arm and a leg trying something new. One big failure that I said people are doing, is they go for the cheapest CBD option out there. Which is usually the lowest strength. Then they talk about how it didn’t do anything for them or that it’s snake oil.”

“A lot of companies say to start low and build your way up, we’ve found the opposite is the case,” he added. “We say start high and work your way down until you find a dosage that you can take consistently that does the job.”

Success with Veterans, But not the VA

Just as he saw with veterans in Afghanistan, Danyluk witnessed many turnarounds from the hemp medicine he now sells.

“There are scores and scores of people who stopped taking VA-prescribed medications. Which usually means opioids, after starting CBD,” he said. “And seeing people get their lives back, no longer on the ‘zombie dope’ as we call it. That’s what it’s all about.” But while veterans keep finding success with CBD, government agencies shrug it off.

“I spend a fair amount of time lobbying Congress. Trying to get the VA to conduct studies in the efficacy of CBD as an alternative to opioids. But they’re only interested in studies on medical marijuana, which makes no sense,” Danyluk said. “The VA says they can’t study CBD because it’s federally illegal. But the Farm Bill of 2018 legalized hemp. There’s no reason why they’re not.”

RELATED  Can You Take Cannabis Oil And Antidepressants At The Same Time?

But Danyluk’s view on hemp medicine conflicts with that of many government agencies.

“There’s an article I just read that the VA put out. Saying they had given out two hundred thousand naloxone kits, which is an anti-overdose medication for someone on opioids,” Danyluk said. “They were putting this out like it’s a great success that they’ve saved so many veterans. But I’m reading it and thinking, why do you have to issue two hundred thousand overdose kits? Why are they addicted to opioids in the first place?”

If the VA is more interested in preventing overdoses than fixing them with kits, Danyluk said he works with three thousand registered veterans eager to participate in any efforts to expand CBD research. He’s just a call away. 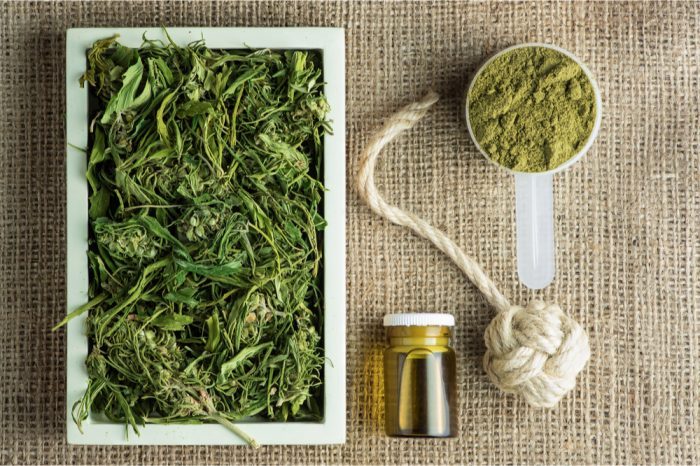 The Realities of Vets and Hemp Medicine

Recently, an ABC News piece put the spotlight Warfighter Hemp. It looked at the life of a formerly suicidal veteran who found a will to live after swapping opioids for hemp medicine.

The veteran’s CBD of choice came from Warfighter. His story is similar to the ones Danyluk hears every week. The kind that gets shared on the company’s Facebook page regularly. “It’s the most rewarding thing we see,” he said.

But for many veterans, CBD is still a bridge too far. Danyluk himself can’t take any because of FAA regulations that prohibit it. And many other vets, those whose jobs rely on drug screens, don’t want to risk it.

“We have a zero-THC product, but if your job depends on it, we don’t recommend taking it,” Danyluk says. “It’s third-party verified, but it’s hard to be one hundred percent sure. Even our full-spectrum product shouldn’t show up hot in a drug test. But if it’s that much of a concern, a lot of people just can’t risk it.”

For veterans who need help, however, Warfighter offers a full array of hemp medicine options, including oil, edibles, bath bombs, and tea.

“If THC isn’t a concern, I always recommend going for full-spectrum because you get the benefit of the other cannabinoids, and there really is something to entourage effect,” Danyluk said.

The entourage effect refers to group of supporting chemicals (other than THC and CBD) found in the cannabis plants that account for some of its benefits. The idea is that together, all the parts of the plant are stronger than they are separately.

It’s a concept that anyone who supports veterans can get behind.