Data collected from hemp seeds in space could have a big impact on human survival.

The feeling of floating in outer space may be nothing new to some cannabis consumers. But in an attempt to better understand the plant, March 2020 is the date that scientists have set for the launch of hemp seeds into orbit. The biological processes that seeds in space undergo may well be the next frontier in our understanding of cannabis.

Front Range Biosciences is an agricultural technology company with a strong focus on breeding new plant varieties and seeds for the hemp and coffee industries.

They recently announced a partnership with both SpaceCells USA Inc. and BioServe Space Technologies at the University of Colorado, Boulder, to send hemp tissue cultures into space. The mission will transport plant cultures into orbit and examine the effects of zero gravity on the plants’ metabolic pathways. They plan to launch more than four hundred and eighty plant cell cultures aboard the SpaceX CRS-20 cargo flight scheduled for March 2020.

Many scientists subscribe to the idea that RNA (ribonucleic acid) — the building blocks of life on earth — initially came from outer space. And in an attempt to understand more, it’s to there it returns.

While the cultivation of plants in space is nothing new, such research has never before involved cannabis. The conditions in space are harsh when compared to those of terra firma. In order to thrive, seeds in space must withstand high doses of ultraviolet and cosmic radiation, microgravity, and low pressure.

The scientific research carried out thus far indicates that plants bred in space may undergo mutations. Front Range Biosciences hope to ascertain whether any such mutations hold up upon their return to earth to be passed onto the future generations. The potential promise offered up by advantageous mutations is something of interest. This is especially as it applies to harnessing cannabis for medicinal purposes.

The seeds will spend one month protected in an incubator aboard the International Space Station. Then researchers at Front Range Biosciences will examine the plant samples upon their return. The focus will be on assessing the RNA of the plants to determine how microgravity and radiation exposure may alter gene expression. 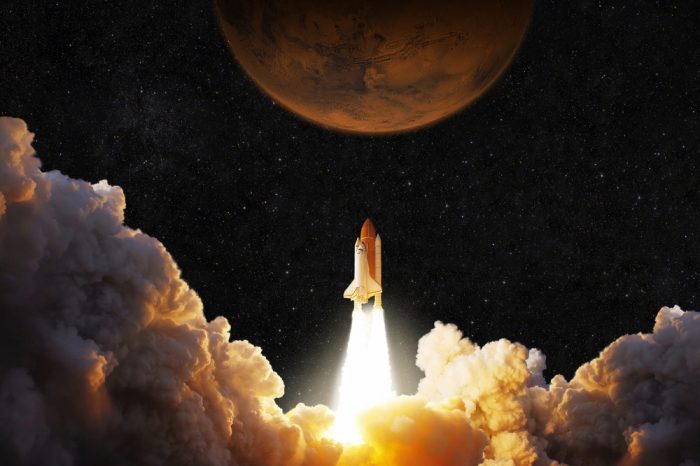 The Genesis of New Varieties

Between high-energy ion radiation, microgravity, an altered magnetic field, and the ultra vacuum, the space environment has long since fascinated scientists and biologists. The direct or indirect effects that such an environment can have on plant growth and metabolic activities aren’t fully understood. But preliminary scientific results garnered from analyzing seeds in space looks promising.

A study published in Floriculture, Ornamental, and Plant Biotechnology (2006), examined the real value of growing plants in space. The Chinese study evaluated the progress of earth-grown plants sent into space. The mission returned before being screened for new floricultural, vegetable, and medicinal varieties.

The study tested over one hundred and forty ground-grown plant species encompassing over one thousand varieties. Researchers detected “more than fifty selected new varieties,” which were later successfully planted in large scales. Researchers concluded that “space mutations lead to a great potential approach in screening diverse valuable plants in the future.”

Sowing the Seeds of Discovery

Dr. Jonathan Vaught, Co-Founder and CEO of Front Range Biosciences, says that “there is science to support the theory that plants in space experience mutations. This is an opportunity to see whether those mutations hold up once brought back to earth. And if there are new commercial applications.”

The existing applications of the hemp plant are wide and varied. They stem from fabrics to a plastic alternative to the primary source of much needed CBD oil. Just what additional benefits new potential mutations might uncover is truly exciting.

Seeds in Space are an Innovative Way to Combat Climate Change

The potential for more potent medicine is a possible outcome of the experiment. However, so too is the promise of informing the broader public on how to cope amid global climate change.

Rising temperatures on earth have created instability in crop yields. Studies such as this will aid scientists in learning how plants respond to challenging environments like that of space. In turn, this may help companies, such as Front Range Biosciences, breed crops in inhospitable climates.

Peter McCullagh, the CEO of SpaceCells commented that, “these are big ideas we’re pursuing and there’s a massive opportunity to bring to market new Chemotypes, as well as plants that can better adapt to drought and cold conditions. We expect to prove through these and other missions that we can adapt the food supply to climate change.”

Considering the role of hemp and its purported abilities to combat climate change, the implications of these studies may be far-reaching. Hemp, of course, is that fast-growing, economical, and biodegradable plant that may well be an asset in combating climate change. 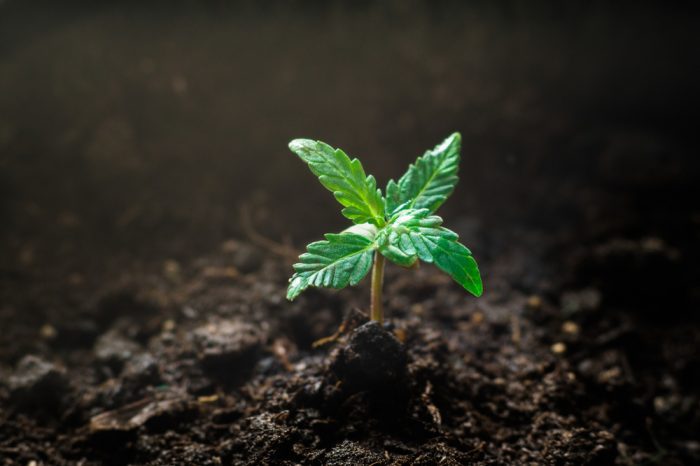 The future of the human race very much depends on good food security. With a rising population and a planet slowly becoming less habitable, the colonization of other worlds may soon need to become a reality. The ability of seeds in space to survive will probably benefit our distant descendants on Mars in the form of recreational and medicinal cannabis. However, right now, how these seeds adapt is important to human survival on Earth.