The VA may have just committed the worst offense against foot fashion since Crocs. But, the move is also notable – because the shoes show that the agency that has been so reliably anti-cannabis has suddenly embraced the same hemp plant that makes CBD. So what kind of policy is this? 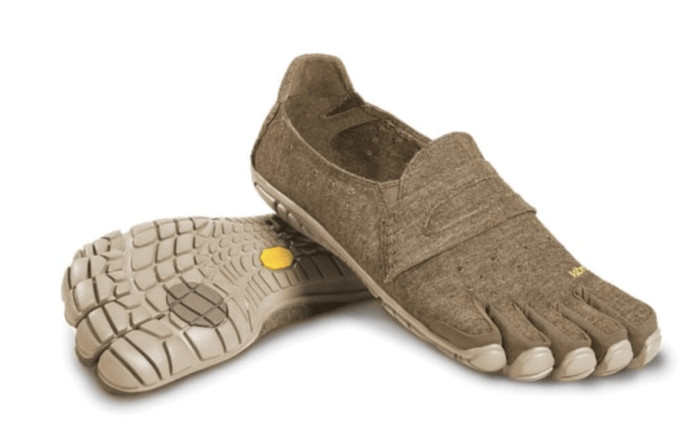 The shoes are sold through the Veterans Canteen Service (VCS), which offers low-cost items to veterans. The VA doesn’t produce the shoes itself. The furry-toed atrocities are made by Vibram, the company behind the infamous FiveFingers shoe. Moreover, because the pricing at VCS is secret to those outside its strict customer base, it’s impossible to know how much money the VA wants for shoes that look like what Sasquatch would wear to an outdoor dinner party.

What is clear is that the VA touts these shoes as breathable, washable, and fashionable. The latter claim is suspect, but the others illustrate important parts about the hemp textile industry. Essentially, it creates affordable, wearable, clothing items with a durability that lasts. That’s why founding fathers like George Washington often grew hemp on their farms. It’s a resilient, reliable material with a lot of benefits.

So why is the VA so lax about wearing hemp, but adamantly against it as medicine?

The infamous memo that has prevents all U.S. service members from consuming CBD makes it clear the armed forces will not tolerate hemp products, with one mighty exception: durable goods. At the time of publication, the House had approved an amendment to allow service member to access CBD. IT remains to be seen if the Senate will pass it. Still, essentially hemp items like clothing, backpacks, and rope all fit through the loophole. In the minds of the military’s top brass, hemp is only suitable for helping soldiers from the outside.

RELATED  Cannabis and Legalization is as American Made as it Gets. What Gives?

How Hemp Can Help Vets

The worst part about the hemp hypocrisy is that cannabis products are uniquely suited to help veterans. Hemp shoes may be fun for a lark, but they’re hardly providing the kind of help hemp-based medicine can offer. Further, many of the problems that plague the veteran population — PTSD, alcoholism, chronic pain (and painkiller addiction) — can be abetted by cannabis.

Moreover, a literature review of recent research published in the Journal of Psychiatry and Neuroscience (2019), found that studies overwhelming conclude that cannabis helps treat many symptoms of PTSD[1]Abizaid, A., Merali, Z., & Anisman, H. (2019). Cannabis: A potential efficacious intervention for PTSD or simply snake oil? Journal of psychiatry & neuroscience: JPN, 44(2), 75–78. … Continue reading. Reams of research of PTSD in animals shows that to be the case, as do the limited number of studies in humans.

And many veterans have shared their stories about the life-saving power of cannabis with RxLeaf. However, the restrictions and regulations around cannabis research make it hard to do large-scale studies. There are good reasons that several cannabis operations have been opened by veterans. The substance is too useful to ignore — except for the VA. 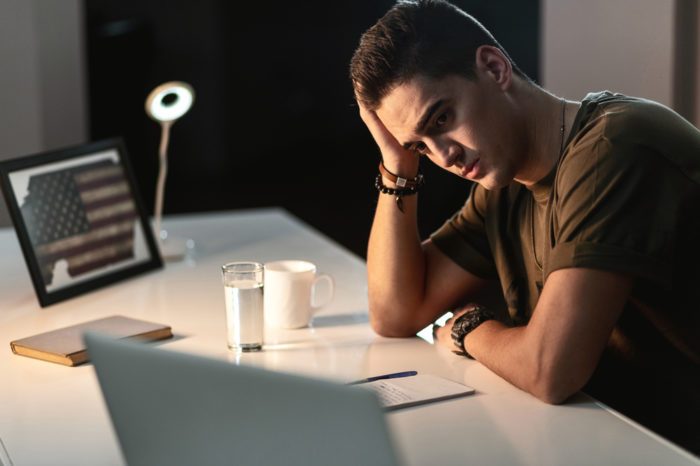 Why Politicians Want to Keep Cannabis Away from Vets

In move after move, Republican politicians have sought to deny veterans access to cannabis-based medicine. Accordingly, hemp shoes may be as far as they’re willing to go.

When the VA began to deny home loans to veterans who worked in the cannabis industry (a big perk for military members from the U.S. government), Democrats took up the cause. Further, they tried to make it illegal for the VA to deny loans based on cannabis employment. Republicans wouldn’t hear of it.

The measure passed the house, it was never put into law. When the larger National Defense Authorization Act passed the Republican-controlled Senate, it didn’t include the anti-home loan provision. That’s not all. Conservative politicians have misrepresented the research around veterans and cannabis for years.

In America, the great majority of conservative politicians are against cannabis. The anti-science party has firmly dug in its heels and refuses not only to allow cannabis research to progress, but to read and act on any cannabis research that comes out.

It’s enough to make any good service member doubt the sales copy on the hemp shoes.

The VA is an odd position. As a federal agency, it kowtows to the scheduling guidelines, where cannabis is persona non grata. Changing VA policy is impossible without rescheduling.

And the only party willing to do that is the left-leaning Democratic party, which has fewer friends among veterans.

The only way veterans will get the help they deserve — instead of the hemp shoes they don’t — is if they begin to take their votes elsewhere. Perhaps 2020 is the year the Republicans finally lose the veteran vote and the VA gets permission to prescribe cannabis.

Or maybe we’ll get four more years of hemp shoes.