Hemp Versus Cotton: Which One is Best for The Environment and the Economy?

Hemp versus cotton has a clear winner.

Hemp versus cotton has been a historical battle for dominance. No plant generates such versatility and contention as the hemp plant. As a variety of cannabis plant, years of Prohibition have hindered our collective understanding of the myriad of sustainable uses that hemp can provide.

Cultivation of the plant began as far back as 8000 BC in the Middle East and China, where its uses included textiles, ropes, fishnets, food, and cosmetic applications. In modern times, the use of this versatile crop even extends to biofuel, paper, and medicinal oils.

Those years of Prohibition allowed cotton to gain a foothold in the west. Cotton is a fiber and food crop native to tropical and subtropical regions around the world. And like hemp, it’s also quite versatile. It’s widely used in the production of clothing, cooking oil, coffee filters, and cattle feed, among others.

China is the largest cotton producer in the world, followed by India and the U.S., where it’s spread across seventeen states located mainly in the south. Due to Prohibition, cotton is significantly more widespread than hemp, but after the passing of the Farm Bill in 2018, a change is on the horizon.

As intricately involved in our day to day lives as cotton may be, its benefits come at a cost that few notice.

Is Hemp the Answer to our Environmental Problems?

Pro-slavery senator James Henry Hammond coined the term “cotton is king” in 1858. But while cotton has had a good run, a change may well be upon us in the form of the far more sustainable hemp. A report published by the Stockholm Environment Institute (2005), compared the water, land, and energy requirements of hemp and cotton. 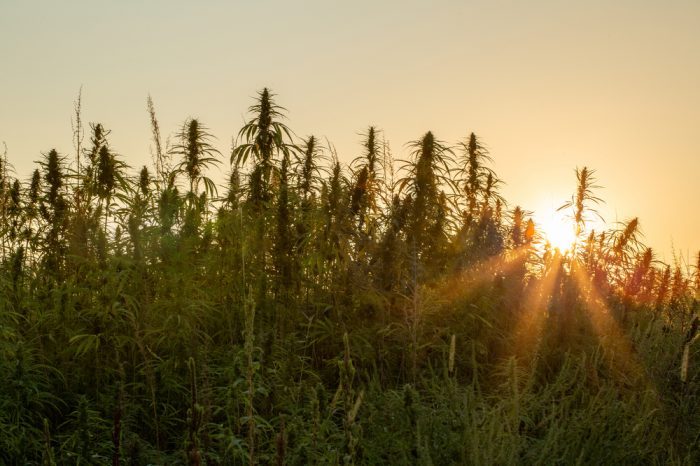 Hemp Versus Cotton: Land Use

When compared to any other crop, hemp requires the least amount of land per ton of finished textile. While cotton requires less energy to grow and process than hemp, it requires twice as much land as the hemp plant.

While the statistic may sound damning, there’s an inverse relationship between land requirements and chemical use. The application of synthetic pesticides and herbicides significantly affects final yield, and while organic farmers can reduce costs by not applying them, final yields will also drop as a result.

Hemp Versus Cotton: Water Use

When it comes to water use, cotton lags far behind hemp. It requires approximately fifty percent more water than hemp to grow. As the hardier plant, hemp requires very little water and can grow in a much wider range of soils.

Cotton is a thirsty crop and requires heavy irrigation, something that leads to the depletion of freshwater supplies. A further nail in the coffin of cotton is that it’s grown where water is in short supply. The majority of the world’s cotton production relies on irrigation. And some of the driest regions on earth, such as Egypt, California, and Texas, are the top producers of cotton.

It’s in the processing phase where perhaps the starkest differences with water use are evident. During the processing phase, cotton requires four times as much water as hemp. The Stockholm Environment Institute study claimed that one grow used an estimated 10,000 liters of water to produce one kilogram of cotton. Contrast that with hemp, where for the production of one kilogram of dry hemp, the water requirements are only 300-500 liters.

Hemp Versus Cotton: Use of Pesticides and Fertilizers

The environmental impact of cotton production is devastating as it relies heavily upon the use of fertilizers. A report published by the Environmental Justice Foundation (2007) investigated the effects of the deadly chemicals in cotton. The report found that “cotton accounts for sixteen percent of global insecticide releases – more than any other single crop.”

These dangerous chemicals impact the ecosystem due to run-off from farms, something that decreases freshwater biodiversity. The excessive use of chemicals is also responsible for ill-health among farmworkers. The report cited the worrying statistic, “between one and three percent of agricultural workers worldwide suffer from acute pesticide poisoning.” With much of the cotton production carried out in the developing world, there’s little legislation in place to protect both workers and the environment.

Pesticide use in hemp production can reach similar levels, but one crucial difference is the amount of land required to grow similar amounts. With the requirement of half the land when compared to cotton, this greatly limits the environmental impact of hemp.

Hemp also requires less fertilizer and no herbicides. It grows effectively, even in nutrient-depleted soils. This makes it a much more attractive alternative as the west undergoes a shift in consciousness in relation to climate change. In addition, hemp tends to grow quickly, with harvests possible in three months. Cotton, on the other hand, takes much longer and requires five to six months until harvest. 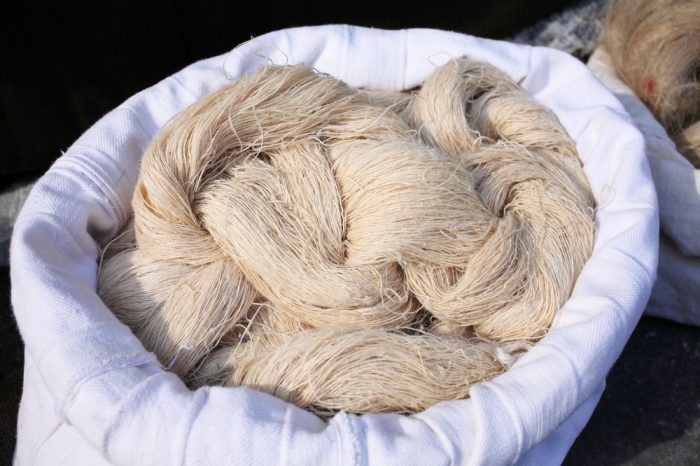 Carving Out a New Future

These changing times bring newly legalized markets. This means both consumers and farmers alike are realizing the benefits offered by the hemp plant. While cotton has been “king” for a long time, those days may be coming to an end. As awareness of environmental sustainability proliferate, humans will come to see hemp as the more sustainable and environmentally-friendly alternative.