When you crunch the numbers, is cannabis or pharmaceuticals the more affordable healthcare?

As an American, I must say: I envy your universal healthcare system, Canada. Unlike some of my Neanderthal brethren, I know that your system works. I know that, despite the U.S. Congress passing the Affordable Care Act in 2009, 36 million uninsured Americans remain uninsured. I know that America still needs more affordable healthcare.

While my nation’s healthcare system is raking in combined profits that exceed the valuations of the two wealthiest corporations in the world taken together – Apple and Amazon, at $1 trillion each – cannabis sales here totalled $53 billion in 2016. That figure includes both the legal and illegal markets, or 1.6 percent of what we spend on healthcare.

Can Cannabis Reduce Our Healthcare Costs?

We’ve covered cannabis’s effect on opioid prescriptions in the U.S. at RxLeaf before. However, cannabis can supplement or even replace other pharmaceuticals as well. Mood stabilizers, tranquilizers, sleep aids, antidepressants – something to the tune of an 11 percent reduction in pharmaceutical prescriptions in weed-legal states, according to Medicare data.

Unfortunately, insurance companies don’t cover cannabis in the U.S. Nor can patients make tax deductions on their medical cannabis the way they can with other healthcare costs.

Unless, that is, you’re taking an FDA-approved cannabis medicine, of which there is only one: Epidiolex.

How Much Does Epidolex Cost?

Epidiolex received FDA approval this year. It’s basically a highly refined CBD tincture, and its primary on-label use is for controlling seizure disorders. Unlike Marinol – another FDA approved cannabinoid drug – Epidiolex is made from CBD extracted from the cannabis plant, whereas Marinol is made of lab-synthesized THC.

Epidiolex may be out of financial reach for most Americans, though. Estimations place its yearly cost, minus insurance coverage, at $32,000. The median household income in the U.S. is $56,000. For millennials and younger Americans, the average annual income is closer to $36,000, or roughly the cost of a year’s worth of Epidiolex.

Marinol isn’t much better. Without insurance, a year’s supply of 5 mg Marinol will run about $2,400. For larger doses, the cost can hit $9,600 annually, placing it among other price-gouged life-saving medications such as insulin, which can go for $300 a vial without insurance. 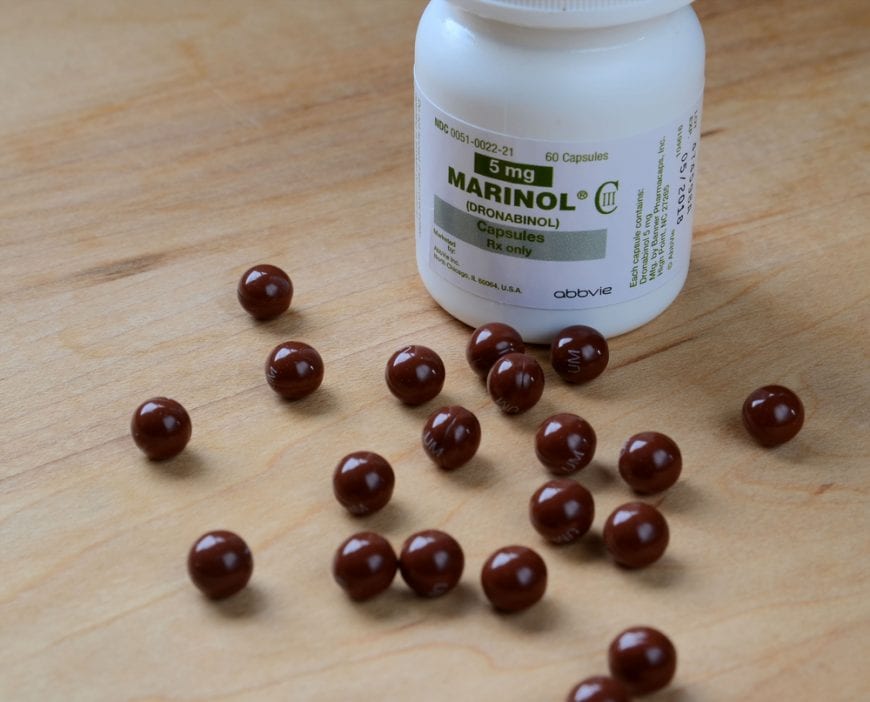 Plant-Based Therapies in Lieu of Pharmies

What about other cannabis products, the ones that aren’t approved by the FDA and are considered illegal under federal law?

Whether cannabis is a cost-effective medicinal treatment depends on where you live, what your ailments are, your dose, and how often you need to consume cannabis.

For example, if you live in Colorado – which has had medical cannabis for nearly two decades and recreational weed since 2014 – an eighth of flower can run as low as $15 in the recreational market. An ounce can fetch $80. If you’ve got a medical cannabis card, those prices are even lower.

Let’s say you’re a chronic pain patient, and you smoke a joint a day to keep the aches away. An ounce should last you about a month, in that case. If your pain is minor and can be controlled with an OTC medication like Tylenol or ibuprofen, you’re looking at about $8 to $16 for a month’s supply. In which case, it’s cheaper to pop pills than pot.

But let’s now assume you’ve got some serious, debilitating pain. You take 10 mg of Oxycontin twice a day, which costs about $80 for a month supply (without insurance). Now we’re in the same league as the price of an ounce of recreational weed in Colorado. Not bad.

Now, you could say if the price of Oxycontin is equivalent to weed, then why not go with the Oxy? It’s legal, with a doctor’s prescription, of course. But consider the cost of visiting the doctor, which is about $200 per visit for an uninsured American. Given U.S. patients must make regular follow-up visits to their doctor to get refills, the cost of the doctor visits alone far outweighs the cost of driving to the local recreational pot shop to buy some weed.

Also consider the side effects of popping pills and their long-term costs. Ibuprofen can damage the liver, and a liver transplant will break just about anyone’s bank with a cost of $570,000. Aspirin can cause colorectal cancer, which costs about $29,000 to treat (assuming you don’t die from it). Oxycontin, besides potentially damaging organs as well, can also cause severe addiction – and methadone, a drug that treats opioid addiction, can run $6,500 a year (not including clinic or doctor visits).

Given these numbers, with this one example (managing pain), cannabis appears to be the clear winner in terms of monetary costs. So long as cannabis actually works to control your pain.

The Expense of Oil

The numbers get significantly trickier if we look at deadlier disease states likecancer. Many cannabis patients treat their cancers with cannabis oil, such as Phoenix Tears. Some patients claim cannabis oil forces their cancer into remission, as is the case with Alyssa Erwin in Michigan. Others use the oil to control their pain and nausea, with little to no effect on their cancer’s progression.

Cancer patients usually require massive doses, something along the lines of a gram or more per day. (A gram of ethanol-extracted cannabis oil contains 1,000 mg THC, for the record.) One gram of oil can go for anywhere between $5 to $10. Bottles of cannabis oil (about a month supply), can cost $300 or more.

Caregivers and patients can also make their own oil, another huge advantage cannabis has over pharmaceuticals. Making cannabis oil is pretty easy. You just need some everclear, an infusion machine, and a lot of plant material. Unfortunately, even in legal states like Colorado, manufacturing cannabis oil at home is a crime in some municipalities, even though it’s a relatively safe process.

RELATED  Drugs Are Bad Unless Big Pharma Makes Them 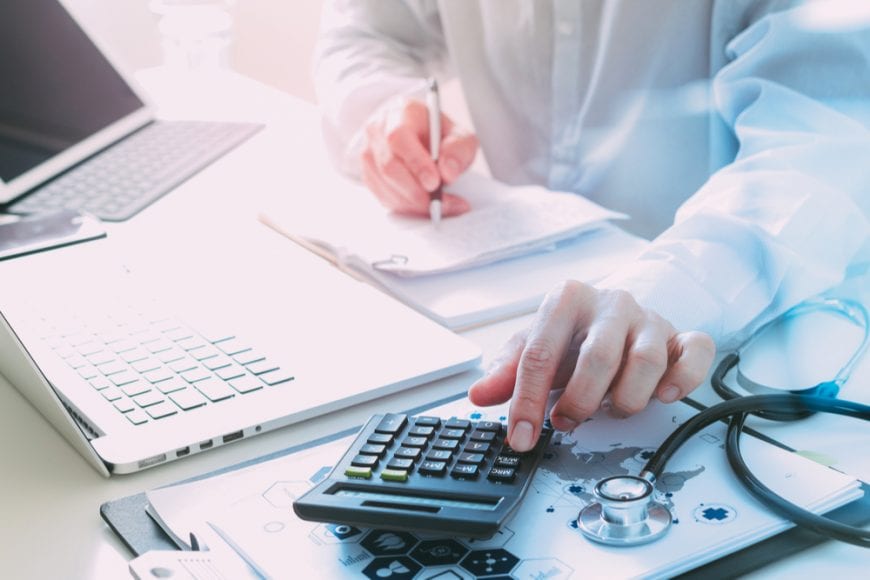 The Take-Home Message About Cannabis as Affordable Healthcare

Cannabis can absolutely be considered affordable healthcare, even under recreational market prices. However, I used Colorado as the example here, and we’re not representative of the rest of the country. Oregon and Washington state’s cannabis surpluses have caused prices to plummet, making meds even more affordable in those states than in Colorado. Other recreational states, such as California, Alaska, and Nevada, have significantly higher prices, which could outweigh the benefits of cannabis medicines depending on the ailment.

When factoring these costs, remember cannabis’s side effects are incredibly minor compared to many pharmaceuticals, even the “safe” ones available over the counter. Cannabis doesn’t require regular doctor visits for refills, either, and getting a medical cannabis card is fairly cheap in most places.

Basically, if you’ve got legal weed in your state, take advantage of it. If you don’t, fight to get it legalized where you live. And just know that once cannabis becomes federally legal – and if the FDA ever approves plant-based therapies – insurance companies may start covering them. Conventional pharmaceuticals will have a tough time competing with those prices as they currently stand. It seems then, like cannabis is truly affordable healthcare.

Drugs Are Bad Unless Big Pharma Makes Them

“How to Clear My Record” From Cannabis Conviction