High Potency Cannabis: How The Trend Toward Super-Strength Cannabis Has Increased In The Last Ten Years

It’s not just your imagination, or that you’ve become ‘soft’ – there’s more high potency cannabis now than it did just five years ago.

Research confirms it: Cannabis is definitely bulking up. So why is there more high potency cannabis now?

Although the black market claims this potency thing has been the case it for years, science has finally validated their boasts. The potency of cannabis has been on the rise for decades — and the trend is getting steeper.

According to research from the United Kingdom’s University of Bath, the potency and price of cannabis in Europe has increased more than twofold since 2006. The study tracked cannabis sale prices and THC content across 28 European nations for the decade 2006-2016.

The scholars found that resin potency in 2006 averaged 8.14 percent THC content and ended at 17.22 percent THC by 2016, while the price grew from an average 8.231 Euros per gram to 12.27. The total value of the product, defined by the amount of THC per Euro (after adjusting for inflation) resulted in a slightly better value for consumers in 2016 than 2006.

For the non-resin connoisseurs, it’s worth noting that herbal cannabis followed a similar trend. Over the decade studied, the average percentage of THC rose from 5 to 10.22 percent and the average price increased from 7.36 Euros per gram to 12.22. Unlike like with resin, the total value of herbal cannabis showed virtually no change from the start of the decade to its end.

Interestingly, the vast majority of the changes came with the last five years. From 2006 to 2011, the relative potency and price of cannabis remained stable, edging up only a tiny bit. The sharp rise in upward momentum started in the last half-decade.

While these trends are interesting on their own, the data points toward a few very interesting trends.

First, while the percentage of THC ballooned quite a bit during the study period, the amount of cannabidiol (CBD) in the resin products was virtually unchanged. This suggests that the resin products, which typically include a mixture of three kinds of cannabis strains has been changed. European resin has traditionally been CBD-dominant, including more cannabidiol than THC, but no longer.

RELATED  Legalization Doesn't Lower Opioid-Related Deaths BUT Access Does
[A note on resin: Many North American cannabis users may understand resin as the leftover ashes of herbal cannabis following smoking. In Europe, however, resin is a different product altogether. Also known as hashish, resin is a compressed mixture of parts of the cannabis plant, typically colored brown, and is typically smoked alongside tobacco or herbal cannabis.] 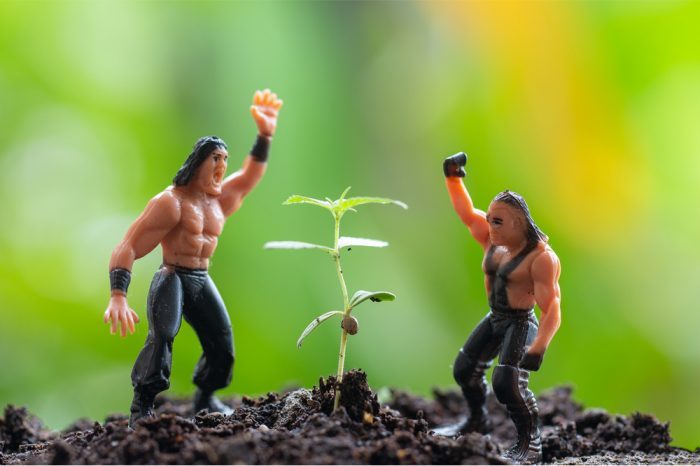 So why has resin become more THC-centric? A possibly theory is that more medical cannabis patients are demanding products with a higher degree of THC. Another, proposed by researchers who noticed a similar trend among French cannabis sales, is that more locally grown cannabis plants mean a fresher product that has less time to develop its own CBD.

Of course, the other possibility is that recreational consumers prefer the higher THC content. Which can be seen as a measure of slightly better value, or as a superior experience.

It’s important to keep in mind that the time period in the study occurred before legal European cannabis markets developed in any meaningful way, so they’re mostly a study of illicit activities. The researchers obtained the bulk of their data from police-led cannabis seizures, both large and small, across the European Union.

That has potential to cloud the research a bit, but just slightly. Why? Because the sampling process remained consistent throughout the study. So they’re essentially gathering data from the same markets in 2016 that they did in 2006. Even if those markets don’t operate opaquely, the trend is no doubt real. The exact specifications about increased potency may not be 100 percent precise. Still, it’s as accurate a model as we can get.

Interestingly, the study’s economic conclusions are sharply distinct from trends noticed in America after legalization. According to other research from the journal Addiction, prices for cannabis in Washington State actually dropped recently, thanks to its legal status.

This suggests that herbal cannabis and cannabis resin aren’t comparable products. The market for each substance operates differently. For herbal cannabis, value remains fairly constant. Consumers show that they will pay more for higher levels of THC in their herbal products. This is a trend both in Europe and across the pond. Cannabis resin, or hashish, value rose over the same time period, with consumers getting more THC for less money (relatively). The idea that cannabis users are a single bloc just doesn’t ring true.

The economics also suggest that the best theory about price is that the traditional production routes of cannabis resin (which typically reaches Europe through Morocco, but can also come from Lebanon and Afghanistan) are changing. Most likely, the supply chains have been disrupted by local growers. They break into the game by offering a higher THC product at a lower price. This forces other countries to up their games.

And there you have it — black market economics 101. Ain’t science grand?