Is High Potency Cannabis a Problem For Genetic Diversity?

When you get into the upper limits of high potency THC content, whether by breeding or by concentrate, there are consequences.

With the legalization of medical cannabis come the pros including potential jobs, increased tax revenue, and important medicinal benefits. There is a huge emphasis on cannabis as a safe alternative to pharmaceutical options. Even though human clinical trials are not complete, the official reports on benefits for killing pain, treating cancer, stopping seizures and spasticity, slowing the progress of neurological disorders, and even breaking down amyloid plaques in Alzheimer’s, are pouring in.

It’s not all sun and roses, however. In this article, written by Dr. Elizabeth Stuyt, Board-certified Addiction Psychiatrist and senior instructor for the University of Colorado, there is a warning about the impact of high potency THC.

What Is The Price of High Potency THC for the Cannabis Plant?

When people vote for full legalization, they are generally focussed on accessing the healing medicine they need. It’s also about having freedom of choice in healthcare. But, for better or worse, open market experimentation is part of the package.  There is plenty of evidence that strains have become more potent in THC content over the past decade. According to research from the United Kingdom’s University of Bath, the potency and price of cannabis in Europe has increased more than twofold since 2006. The study tracked cannabis sale prices and THC content across 28 European nations for the decade 2006-2016.  And almost all of this increase is due to deliberate breeding.

The negative impact of genetic manipulation is a loss of diversity, as well as medicinal benefit. There is cost to the increased THC content, namely less presence of other cannabinoids involved in the Entourage Effect, plus  fewer fatty acids, carbs, minerals, and vitamins that a plant needs to complete its own life cycle.

And according to this article by Leafly, things are probably at a plateau now as there are upper limits to how much THC you can pack into the genetics of a cannabis plant. That magic number seems to be 35%

In 2017, one of the most popular strains was Girl Scout Cookies, with a THC content of 17-28%. We now have easily surpassed that and then went on to create concentrated THC products of 95% or higher. The truth is, there is absolutely no evidence that these concentrations are beneficial for any medical condition. Their sole purpose is to produce a good high, and some mental health professionals are sounding the alarm that this increased potency makes them more addictive.

How THC Affects the Brain

In the 60s a research team found that by injecting THC into aggressive rhesus monkeys, these became much calmer and more sedate. Research uncovered the brain receptor in the 1990s to explain this response. THC fits into this cannabinoid receptor like a key and lock.

At the same time, they also discovered compounds in our bodies (endocannabinoids) that fit the THC receptor in the same way. These are anandamides, a word for “bliss” and are intimately connected to mood regulation and overall well being.  Cannabinoid receptors are found throughout the body, with CB1 receptors being the dominant type for the brain and central nervous system. 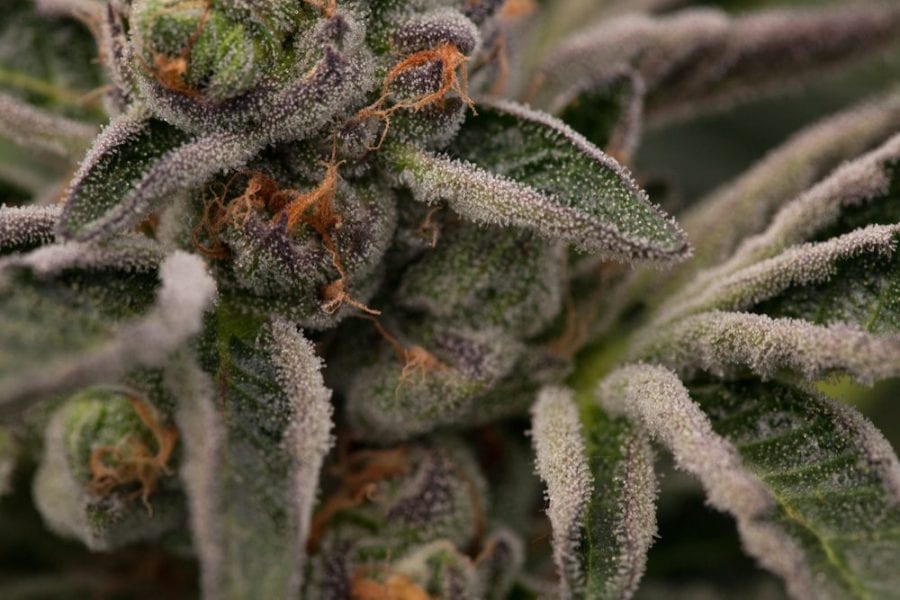 The New High Potency THC Strains Might be a Bad Idea

Cannabis of the past was not classified as hallucinogenic because it didn’t cause withdrawal symptoms. This has all changed with increased potency of THC. There are now recognizable withdrawal symptoms, including anger, irritability, restlessness, depression, headache, loss of appetite and cravings. So aside from a big night out, you may want to stay away from novelty strains with high potency THC.

It has been reported that 9% of people who experiment with cannabis will become addicted. This is just the basic human condition and our propensity to repeat actions that bring us reward and pleasure. It doesn’t really matter if this addiction or compulsion is mental or physical. If it impedes your ability to live your life, it’s a problem.

Addiction is an issue inside the learning and memory part of the brain, and all substances of abuse work along the same “reward pathway”. Specifically, drugs of abuse cause a release of dopamine from the nucleus acumbens, which starts the process of long term potentiation reinforcing the learning (i.e. drug seeking behavior).

At the same time, the addictive substance negatively impacts the hippocampus, which is crucial for acquiring new memory and learning. The substances cause decrease in neurogenesis in the hippocampus and actually result in shrinkage in volume. This is true for alcohol, methamphetamine, cocaine, heroin, nicotine and THC.

Why Are Teens More Vulnerable to Addiction?

Adolescents are at a greater risk of developing an addiction to drugs or alcohol because of their developmental stage. This a period of neurologically based tendencies for risk taking with decreased regulatory control. There is also more freedom from parental awareness and increased peer affiliations.

CB1 receptors regulate the balance between excitatory and inhibitory neuronal activity using our own natural anandamides. Exposure to cannabis during adolescence disrupts glutamate. This plays an important role in synaptic pruning of the pre-frontal cortex, which in term disrupts normal brain development.

Numerous studies demonstrate that using cannabis prior to the age of 15-18 significantly increases the risk of developing psychotic symptoms. It was found that high potency THC (>15%), increase the risk three times for developing psychosis, and if the use was daily, the risk jumps to five times. Significantly, those using cannabis with THC < 5% , did not exhibit psychotic symptoms.

Some patients need high potency THC to manage chronic pain. There is a place for this in modern medicine. But, these high levels of psychoactivity (THC) should not be available to young people. The ideal for most patients is around 10% THC.  Many completed studies use this potency as the measure and we have seen good result. There is not typically a need to go beyond that for medicine.