Studies indicate our snacks are killing us. While French fries aim for the heart, cannabis is restoring human health.

The U.S. federal government doesn’t want to legalize cannabis on the grounds that it’s potentially dangerous. But what about the known dangers inherent in things like French fries, grilled meats, and snacks — which far outpace cannabis in terms of ill effects on human health?

It’s not rocket science. Nobody is going to argue that French fries are good for us. Fried, starchy potatoes that we dip in something that’s also pretty bad for us, like ketchup or mayonnaise. French fries are high in calories and low in nutrition, but that’s true for plenty of “perfectly fine” foods. The real danger in French fries was recently explained in an article in Genome Research written by 20 scientists.

Killers Lurking in Your Food

The article found that French fries are prime culprits in exposing consumers to a substance called acrylamide. This substance has recently been outed by the National Cancer Institute as a leading cause of tumor growth and formation of cancerous tissues. Paper, dyes, and plastics contain the chemical compound acrylamide. But it’s also present in sewage, caulk, and some adhesives. While all that’s usually fine for people, trouble starts when we ingest acrylamide.

What’s worse, exposure to acrylamide has been shown to also cause neurological problems in people who work with it. Patients exposed to acrylamide without proper safety procedures in place are more likely to develop Parkinson’s disease and peripheral neuropathies (brain damage that results in loss of limb feeling or function).

And yes, that’s found in French fries (and cigarettes, which are heavily regulated and sold with explicit warnings on the packaging). But how? According to Health Canada, acrylamide occurs naturally in high-carbohydrate, low-protein foods when they’re processed or cooked at high temperatures — and French fries fit both bills. It was first discovered in food in 2002, although there’s no doubt it’s been invading our bodies via fast food for decades.

And French fries aren’t alone. There are wide varieties of foods and other everyday substances that can increase cancer risks in humans. 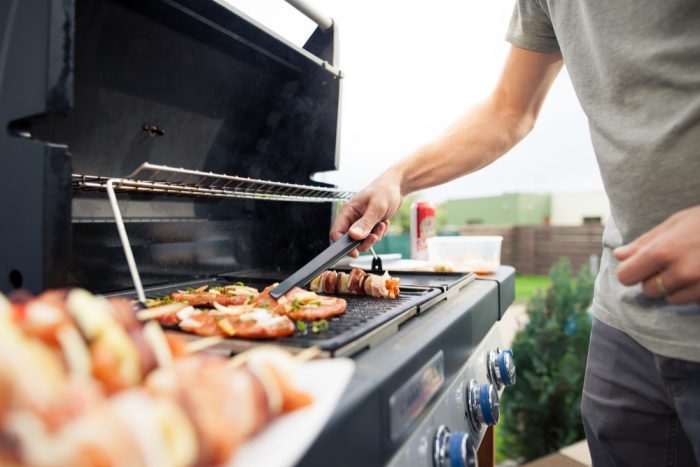 “Grilling Out” May Cause Cancer

Take, for example, the popular American pastime of grilling out. Animal muscle that is cooked at very high temperatures, such as grilling or pan frying, forms certain chemicals called heterocyclic amines (HCAs) and polycyclic aromatic hydrocarbons (PAHs). This is a quirky byproduct of nature — and exposure to sugar often exacerbates it (as it does nearly everything cancer-related).

Studies have found that both HCAs and PAHs have mutagenic properties, meaning that they cause mutations in other cells. And sometimes when cells mutate, they become cancerous. Animals that were fed a diet consisting of foods with these chemicals develop tumors in nearly every organ (including the skin, lungs, prostate and breast). They also experienced greater occurrences of leukemia.

And it’s not just the likely culprits that are doing us in! It’s obvious that grilled meat and French fries are unhealthy. But, plenty of other foods touted as ‘healthy living staples’ contain insidious cancer-causing ingredients. And we’re not talking about artificial sweeteners like Splenda or dyes found candies. Many “normal” foods have a seedy underbelly (again, unlike cannabis.)

Take, for example, microwave popcorn. It’s a fluffy, light, low-calorie snack that we mindlessly toss back during a TV night. Nothing wrong with that other than maybe a little fat from the butter, right? Wrong. Both the snack itself and the bag it comes in have been shown to be fairly toxic to humans. 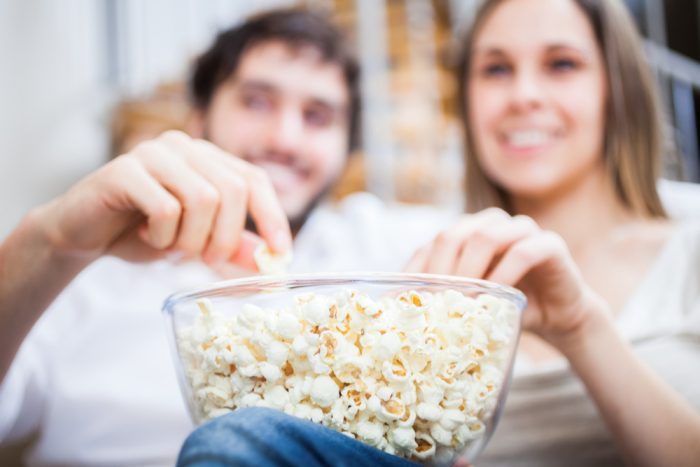 Artificial butters and flavorings taint the formerly innocent popcorn. These, (no surprise) can cause cancer. But more insidious is the bag. Research links these fumes to an increase in tumor growth. That’s because the bag contains perfluorooctanoic acid, or PFOA, which has beenassociate with cases of testicular, kidney, thyroid, prostate, bladder, and ovarian cancers. And that’s just the ones we know so far.

So why is it that cancer-producing foods are ubiquitous and cannabis only semi-legal? That’s a question for the FDA.