When you define potent in cannabis, it isn’t all about THC content.

Defining potency is a function of many things. Cannabinoid and terpene profiles and the host of natural synergies that play out between them all act to influence how we define potent.

Many of those in the medicinal cannabis community are in agreement. When it comes to effectively treating a disease, the whole plant extract is generally preferable. When compared to whole-plant extracts, patients typically do not respond as favorably to treatment with products such as Marinol — the synthetic analog of THC derived by Big Pharma.

There is a lot more going on under the hood that helps contribute to the potency of cannabis as medicine. Much of the cannabis on sale comes with a label clearly stating the percentage of THC within. But, while THC does exhibit potent effects alone, the label only tells part of the story. It’s the interactions between THC and many other plant compounds that allow the actual potency of the medicine to reveal itself.

The cannabinoid profile of a particular cultivar is the best-known way to define potency. While many delight in, and gain tremendous therapeutic benefit from THC, others may find it provokes anxiety and paranoia. When the mind is in such a negative state, no true healing can ever come.

In such cases, selecting a cultivar with a more favorable cannabinoid profile may help ensure the potency held within is made available. It’s the ratios between the cannabinoids present that actually determine the potency. Of particular interest is the CBD:THC ratio. Where on paper, one used in isolation may seem potent. However, the true potency of either one is best unlocked with the presence of the other.

A study published in the Journal of Pain and Symptom Management (2010), shed some further light on the matter. Researchers compared various treatment protocols for cancer patients with intractable pain.

They administered patients with either a pure THC concentrate, a pure CBD concentrate, a combination of the two, or a placebo. What they found was that the THC alone was less effective at treating pain than when it was used in conjunction with CBD. Their findings suggest that CBD bolsters the medicinal effects of THC and enhances its medicinal potency. Interestingly, other research has found that CBD reduces the psychoactive potency of THC.

For years, cultivators have obsessed about the idea of breeding for ever-higher levels of THC — something that has come at the expense of CBD levels. And as researchers uncover the importance of a balanced cannabinoid ratio, it is slowly changing how we define potent. 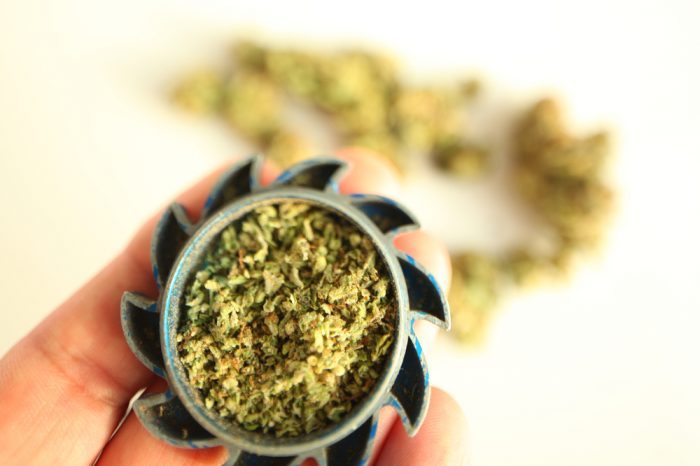 THCV — The Cannabinoid That Packs a Punch

While THC and CBD may be the extent of most people’s cannabinoid knowledge, there are over one hundred more present in the cannabis plant. Of the remaining cannabinoids, many of these also contribute to the potency of the medicine. One such example is THCV (tetrahydrocannabivarin), a homologue of THC. The former has a propyl (3-carbon) side chain instead of the pentyl (5-carbon) group  in THC.

It exists in small amounts in the cannabis plant, and is common to cultivars native to West Africa. THCV acts similarly to CBD in that it exhibits the same potent synergy in the presence of THC by modulating its effects.

A study, named Taming THC and published in the British Journal of Pharmacology and Chemotherapy (2011), investigated how the presence of different cannabinoids will contribute to potency. When comparing THCV to THC, researchers in the study found that THCV displayed, “twenty five percent of its potency in early testing”.

One other interesting characteristic of THCV is its ability to aid in weight loss and decrease body fat. This is something that counteracts the consequence of THC in increasing appetite.

Ethan Russo, author of the aforementioned study Taming THC, discussed the role terpenes play in how we define potent. There are currently over two hundred known terpenes in cannabis. But a select few are present in large quantities across many common cultivars.

By understanding a little about the underlying synergies that play out between these terpenes and the existing cannabinoid profile, it allows patients to select a cultivar that will exhibit just the right potency for them.

One terpene of note is alpha-pinene, a very common compound found in all of nature. Russo uncovered how pinene is an acetylcholinesterase inhibitor, meaning it aids in memory retention. THC is widely known to interfere with short term memory; something frequently experienced by patients medicating with high doses of THC. The presence of higher levels of pinene allows many patients to medicate with the required levels of THC without suffering from poor short-term memory.

Caryophyllene is another common terpene that often helps bring about an inner calm. It does so by inhibiting any anxiety brought on by the effects of excessive THC pulsing through a patient.

Myrcene is responsible in part for the sedating effects of cannabis. But perhaps more interesting is its ability to increase the permeability of cell membranes, and in particular, the blood-brain barrier. By enabling compounds such as THC to cross the barrier more easily, its presence can often offer enhanced potency to that specific cultivar. 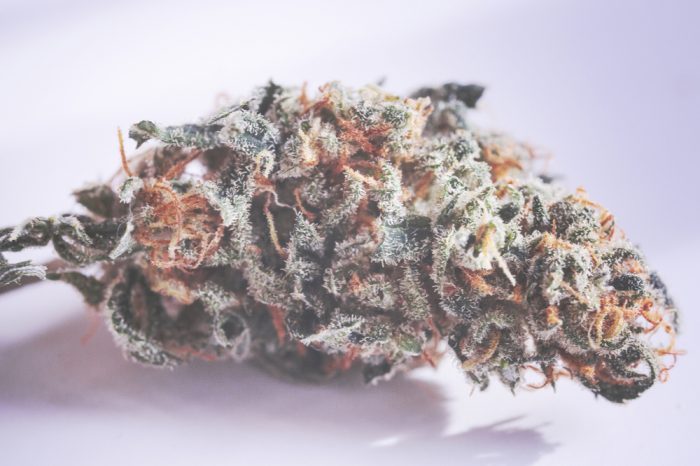 Define Potent: What are the Other Factors?

In addition to the plant compounds and the synergies that play out within, several other factors can also affect the perceived potency.

Frequent consumption of cannabis will result in a higher tolerance. One person may claim a particular cultivar to be extremely potent. On the other hand, the same strain may not be strong enough for another consumer.

RELATED  Reports That Edibles Are Dangerous. Here's The Truth.

Tolerance isn’t only affected by overuse or abstinence. Regular daily medicinal cannabis consumers who take large amounts of CBD may well have a very low tolerance to THC. If there is no overstimulation of receptors, the body has no reason to take them offline thus inducing a tolerance.

Age can play an important role in perceived potency. Older patients seem to find that they are more susceptible to the negative effects. A rat study published in the Translational Psychiatry (2016), suggests exactly this. Adolescent rats were able to tolerate the effects of cannabis much better than their adult counterparts. Researchers noted that, “THC has also been found to have less anxiogenic or even anxiolytic effects, alongside reduced locomotor-suppression effects, in adolescent rats compared with adults.”

So, while many argue that cannabis is becoming more potent, an overlooked factor could, in fact, just be patients getting older.