Legalization prevents suicide because people have choice in medicine.

The American Journal of Public Health recently published an observational study suggesting that legalization may prevent suicide. In states offering access to medical cannabis, there is a marked decrease in death by suicide, especially among young men. This research builds off previous peer-reviewed studies that demonstrate that cannabinoids have potent anti-depressant effects. 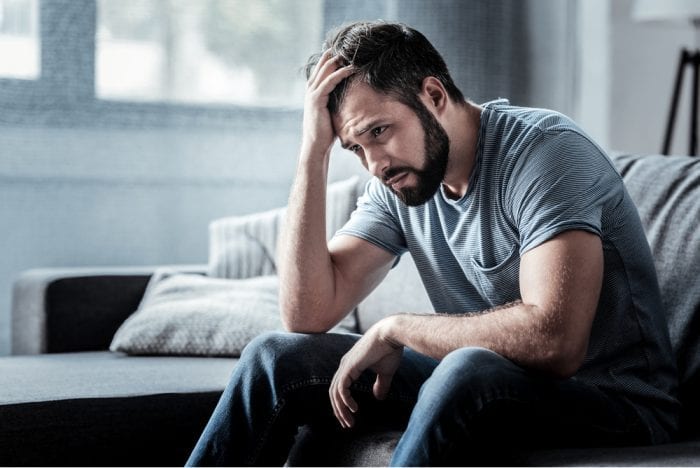 The new research contrasts previous findings that cannabis is associated with depression. It is true that, statistically speaking, cannabis consumers are more frequently diagnosed with depression. However, they can find no causality. It is more likely that environmental and socioeconomic factors connected to depression lead to cannabis use. It is also very likely that depressed individuals are using cannabis to treat their symptoms.

These studies surveyed small populations and had some big problems with sampling techniques. That’s why they’ve been replaced by new research. Studies across large populations often eat up the findings of their smaller scale brethren.

How To Determine If Legalization Prevents Suicide

The best way to see if legalization prevents suicide is to see what happens to large populations when cannabis is accessible. Social scientists reveal what happens when access to cannabis improves by picking apart rich data sets.

The first studies to follow societal impacts of legalization were built off models of previous work. These asked how legalization affected the suicide rate. The assumption was that rates of suicide would increase after legalization. But, the findings confused researchers.

Writing in the American Journal of Drug and Alcohol Abuse, one research team that studied counties in Colorado noted, “The legalization of medical marijuana may not have an adverse impact on suicide rates. Given the concern for the increased use of marijuana after its legalization, our negative findings provide some reassurance.” The writers continue, saying that the limitations of the study mean the conclusions need examination. This is because “it may not be generalizable to those with existing severe mental illness.” Well, duh.

Following on the heels of the Colorado study, researchers the world over began to take an interest in examining longitudinal trends for regions with legalized medical cannabis. By comparing changes in these locations relative to similar non-legalized regions, scientists were able to see the impact of legalization in a natural setting. They discovered that not only is there no link between cannabis and suicide, it seems to actually have the reverse effect.

These studies are important because they isolate the medical cannabis variable for large, heterogenous populations. They show, better than almost anything else, the true benefits and drawbacks that legalization brings. But what they can’t show, sadly, is exactly why these trends occur.

Conclusions About Cannabis and Depression

We’ve discovered that there’s credence to the idea that some people are self-medicating with cannabis. Suicide deaths among men, aged 20 to 39, fell dramatically after legalization. These stats hold up even after adjusting for economic conditions, state policies, and state-specific linear time trends. The overall suicide rate dropped by about 10 percent for men in their 20s and a little more for men in their 30s. Rates for female suicides also fell, but by a less impressive margin. The researchers have not been able to make a connection on this yet.

The most prevalent theory is that access to legalized cannabis leads to an increase in cannabis consumption. This helps individuals cope with a stressful life so they don’t slide into a state of mentally (and physically) damaging chronic stress.

When people have adequate faculty to deal with unexpected stressful events,  such as breakups, abortions, parental conflicts, disciplinary issues, problems at work, financial difficulties and chronic illnesses, they tend to get through those times without feeling hopeless.

But, that may only tell half the story. There’s also evidence that young men going through stressful experiences often turn to alcohol to self-medicate. Alcohol is a major depressant. In places where young men have access to cannabis, their alcohol use drops off sharply — as do rates of suicide.

It could be that we’ve legalized the wrong ‘drug’, and we’re only now reversing the pattern. Luckily, many more of us will live to see the wave of change.