Studies show that THC enters breastmilk within 20 minutes of consumption.

Breastmilk is most recommended for feeding infants. In fact, everything a woman puts in her body shows up in her breastmilk in small quantities. That’s one of the reasons breastfeeding is so good for the baby’s immune system. But did you know that cannabinoids can also show up in breastmilk? How long does THC stay in breastmilk?

A 2016 study investigated the components of breastmilk and found that it contained the cannabinoids tetrahydrocannabinol (THC), cannabidiol (CBD), and cannabinol (CBN). The breastmilk in the study was purchased from a company that provides biological specimens. As such, the mothers remain anonymous.

With cannabis now medically legal in 34 U.S. states, the researchers looked into the levels of cannabinoids present in breastmilk samples. THC, CBD, and CBN are all highly lipophilic. Because of this, a fraction of these cannabinoids will move into breastmilk following maternal exposure to cannabis. Their presence in breastmilk then obviously means that cannabinoids are consumed by infants. 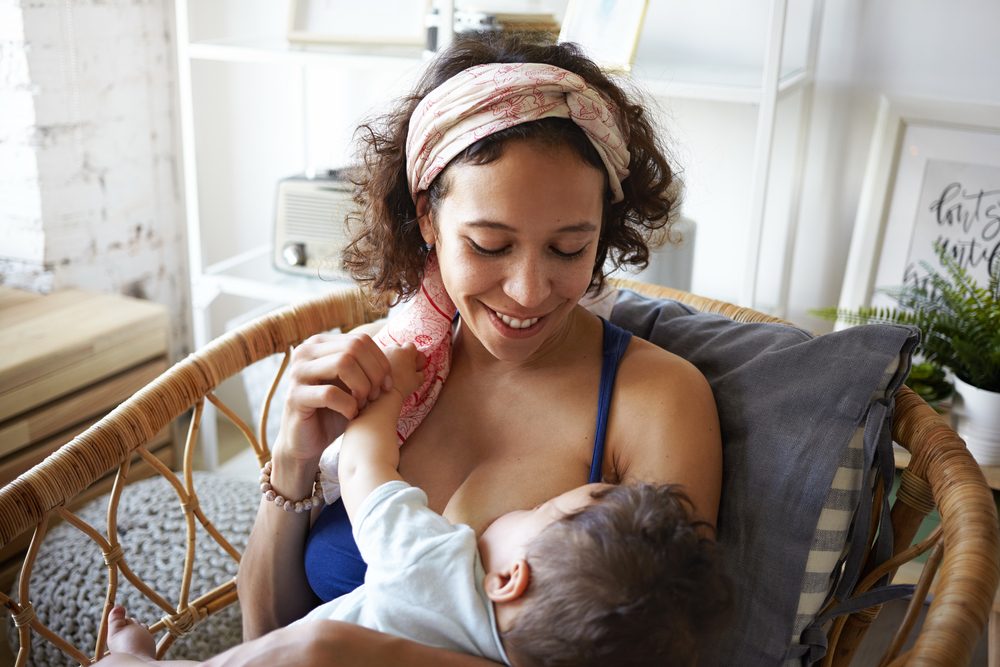 How the Breastmilk was Tested

Human breast milk is a complex mixture that contains thousands of components. As such, complex techniques were required to identify and separate cannabinoids from breastmilk. The researchers used an alkaline saponification-solid phase extraction (SPE) technique to isolate cannabinoids from the samples. This technique resulted in high sensitivity when testing for trace levels of cannabinoids in breastmilk, even from passive or non-recent cannabis exposure. To distinguish active levels from passive levels, the researchers used multiple reaction monitoring (MRM) transitions for the naturally occurring isotopes C13 and C12.

Another study from 2018, looked into the transfer of cannabinoids through breastmilk. The researchers directly studied the breastmilk of mothers who had inhaled 0.1g of cannabis (23.18 percent THC). Participants abstained from cannabis consumption for at least 24 hours in order to obtain a baseline breastmilk sample. Researchers took breastmilk samples at twenty minutes, and one, two, and four hours post inhalation. Researchers then analyzed for THC using liquid chromatography-tandem mass spectrometry.

The results showed that THC was present in all of the samples at low concentration levels. This demonstrates that the THC transfers quickly from mother into breastmilk. Researchers also calculated that any infant consuming this milk would ingest around 2.5 percent of the maternal THC dose. That meant the average baby of these mothers would consume 8 micrograms of THC per kilogram per day. 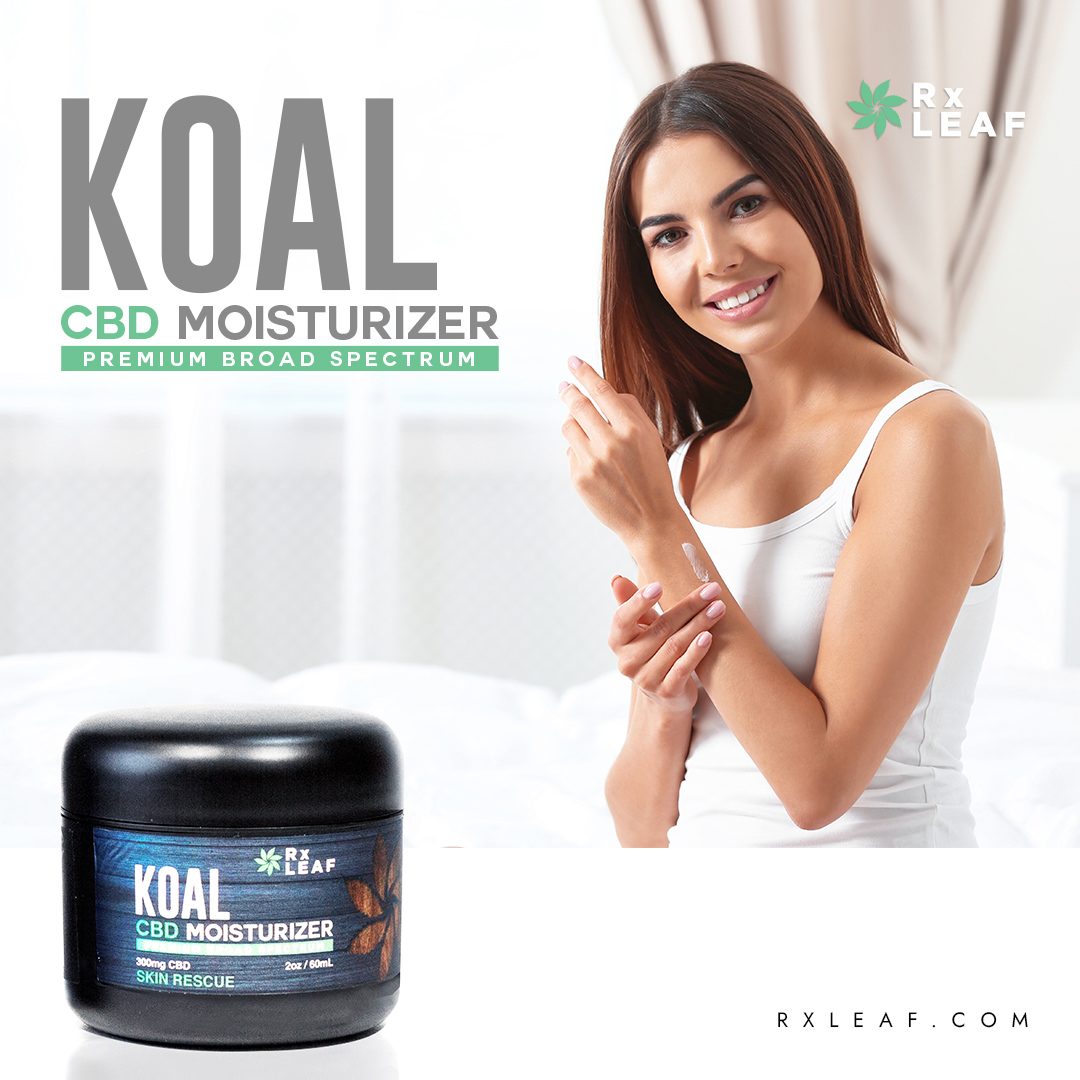 Do You Need to be Concerned About THC in Breastmilk?

There are obvious concerns as to how this might affect breastfeeding infants. One study published in 2019 investigated this concern. It analyzed the development of six infants who consumed breastmilk from a cannabis smoking mother (once a month, weekly, daily range). Researchers compared these to infants who consumed breastmilk from a non-cannabis smoking mother at age 1. The researchers tested for growth and mental and motor development. But, they found no differences between the two infant groups.

A study from 1990, investigated development in children who consumed breastmilk from cannabis smoking mothers, with 68 infants in both the cannabis and control groups. Tested at age 1, the children showed no difference in mental development. However, there was some reduction in motor development for infants who consumed breastmilk from mothers who smoked higher amounts of cannabis. This was especially true for children of mothers who reported consuming cannabis on more than fifteen days in the first month of lactation. This suggests that the negative effects of cannabis through breastmilk on child motor development may be dose-dependent.

Breastfeeding is extremely beneficial to infants. To understand the potential effects of cannabis consumption during lactation, one study in 1990, investigated how long cannabis smoking mothers were able to breastfeed. The 27 cannabis consuming participants in the study reported no difference in weaning age at a one year follow up compared to other mothers who didn’t smoke cannabis during pregnancy or breastfeeding. 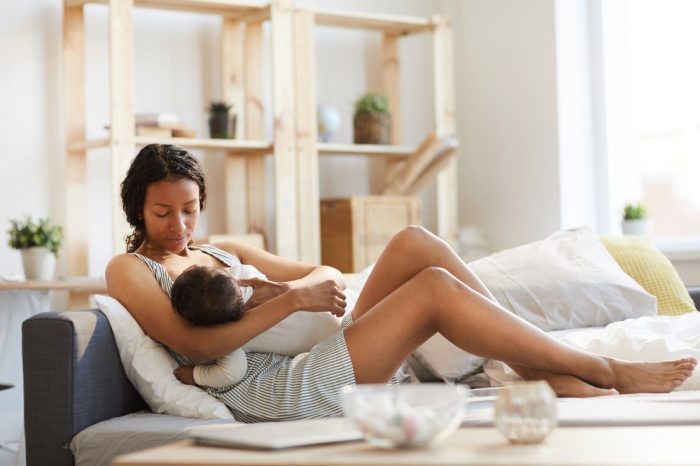 So What to Think?

The research into cannabis’ effects in breastmilk can be confusing, so it’s hard to know what to do regarding consuming cannabis while pregnant or breastfeeding. Available research seems to indicate that there may be some risk to child motor development. This is especially true at higher cannabis consumption levels. However, we still need follow-up developmental research on older-aged children. This will help us to fully understand how breastmilk containing cannabis might affect children long-term.