How Many Cannabinoids Are There In The Cannabis Plant?

How many cannabinoids in cannabis? It changes all the time.

So far, scientists have added more than 150 different cannabinoids to the list. Cannabinoids are compounds found primarily in cannabis, and each thought to have a unique therapeutic impact on the human body. Each strain (also known as cultivar) contains a few dozen cannabinoids, but across the broad spectrum of strain variety today, there is a rainbow of hundreds of active compounds.

Cannabis doesn’t just contain over a hundred cannabinoids. It also produces more than 100 different terpenes. Terpenes are aromatic essential oils, produced by the plant as botanical protection against pests and an attractant to pollinators. But terpenes do more than add a delicious aroma to your favorite strain of cannabis, they may also have medicinal value.

Talking about how many cannabinoids in cannabis, and how many terpenes, helps paint a colorful picture. After all, researchers have linked over 400 different organic compounds to cannabis, and it’s this diversity that has created a vast medicinal array of medical applications.

Figuring Out Exactly How Many Cannabinoids is Difficult

Phytocannabinoids, commonly shortened to just cannabinoids, are the primary group of pharmacologically active compounds in cannabis. In rare instances, they occur elsewhere, and they have also been synthesized over the last century within the laboratory. But for our purposes, they are exclusive to cannabis.

RELATED  THCP is a New Cannabinoid That Is Stronger Than THC! 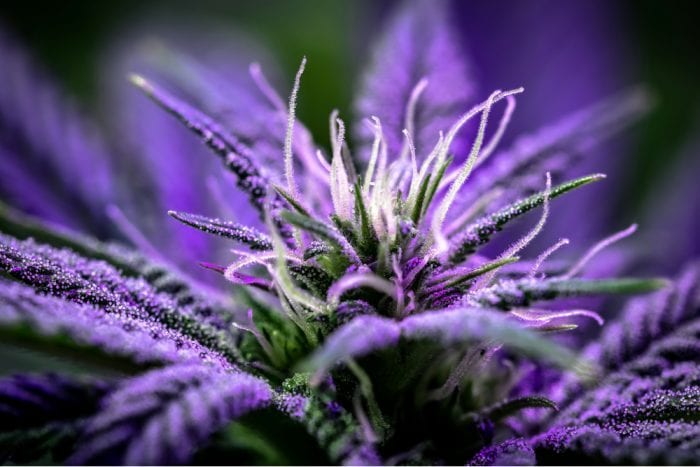 The study of cannabinoids is in the very early stages, but researchers have highlighted a mother cannabinoid – cannabigerol acid (CBGA). As the authors behind a paper in Nature report, once the plant produces CBGA, it typically transforms this cannabinoid into one of three during its growth cycle: tetrahydrocannabinolic acid (THCA), cannabidiolic acid (CBDA) or cannabichromenic acid (CBCA). These are acidic and carboxylate compounds. [2]Citti, C., Linciano, P., Russo, F. et al. A novel phytocannabinoid isolated from Cannabis sativa L. with an in vivo cannabimimetic activity higher than Δ9-tetrahydrocannabinol: … Continue reading

All these cannabinoids have an alkyl side chain, with an attached five-chain carbon atom. But researchers have begun discovering new cannabinoid formations with chains of carbon atoms in different ratios.

That looks like varinoids, with three in the chain to form delta-9-tetrahydrocannabivarin, THCV) and cannabidivarin (CBDV). Another example is orcinoids, with one in the chain to create cannabidiorcol (CBD-C1) and tetrahydrocannabiorcol (THC-C1). Very little is known about the cannabinoids beyond the most common five-chain. The research hasn’t gone far beyond the identification stage.

Delta-9-tetrahydrocannabinol (THC) is the most well-known compound in the cannabis plant, both for its psychotropic and medicinal uses. THC is also the reason why cannabis was a primary target of the war on drugs and other prohibitions over the last century. Without THC, the developed world would never have demonized this plant.

Interestingly, THC is the only known intoxicating cannabinoid out of the dozen or so most prevalent ones. There may be other potentially psychotropic compounds, like THCP, but these are extremely rare, and appear in very minimal quantities.

In recent years, the medicinal properties of THC have begun to overpower societal fear of cannabis. THC does trigger an intoxication, but it can also produce valuable medicinal effects. For example, THC reduces pain, increases appetite, may help with migraines, and many other effects currently under scientific investigation.

Cannabidiol (CBD) is the second most prevalent and popular cannabinoid. In many ways, it is the opposite of THC, as it is non-intoxicating, and seems to have potent antipsychotic effects. Human studies show that we tolerate CBD well; and that it is safe for use across a large demographic. Because CBD is a gentler and non-intoxicating cannabinoid, it paved the way for social acceptance of THC, and medical cannabis more generally.

A pharmaceutical preparation of CBD has passed through clinical trials for several types of severe pediatric epilepsy. It also demonstrates excellent anxiolytic and neuroprotective effects. Which means it could be a potential therapy for anxiety and neurodegenerative diseases like Alzheimer’s.

Dozens of Cannabinoids, Working Together in Concert

Why does it matter how many cannabinoids are in cannabis? The large number of pharmacologically active compounds in cannabis has led to the theory of the “Entourage Effect”, popularised by Ethan B. Russo. This theory postulates that the combination of compounds is medicinally more valuable than the sum of their parts.

Cannabis physicians usually advise their patients to choose the whole flower, or full-spectrum products to reap the benefits of many cannabinoids at once. The Entourage Effect is only one reason why how many cannabinoids are in cannabis matters.

At the time of writing, researchers only understand the details of a handful of cannabinoids at best. But with more than 150 now in the cannabinoid library, this represents a massive and untapped medical resource. Identifying more cannabinoids represents more potential options for the treatment of chronic disease and illness.