How Much CBD for Dogs with Arthritis?

Researchers identify the pharmacokinetic profile and clinical efficacy of CBD in osteoarthritic dogs.

CBD sales have been soaring, with no signs of leveling off any time soon. Experts expect CBD revenue to explode to twenty billion dollars by 2024, solidifying the product in the health and wellness sector. The CBD boom is likely happening because of an increasingly health-aware middle-class. This helps, but so do improvements in quality control and research.

In addition to greater numbers of CBD consuming millennials and baby boomers, more and more customers are looking to CBD to treat physical and mental ailments in their dogs. Some professionals say that there is a lack of scientific evidence for using CBD to treat dogs. However, a group of researchers from Cornell University are looking deeper.

The researchers sought to assess the clinical efficacy of CBD for treating osteoarthritis in dogs. However, before the research team could test the efficacy and safety of CBD, they needed to identify an optimal dose. The researchers performed a preliminary investigation into single-dose oral pharmacokinetics in four beagles. Pharmacokinetics refers to ‘what the body does to a drug’ and it assesses important drug characteristics, such as absorption, metabolism, and excretion. This differs from pharmacodynamics, which refers to ‘what a drug does to the body.’

Each beagle received 2 mg/kg and 8 mg/kg oral doses of CBD oil, with a two-week washout period between each dose. The researchers collected blood samples at eight separate time points over the twenty-four hours that followed CBD administration. By measuring the decreasing amount of CBD present in each blood sample, the researchers could identify the rate at which the canine body metabolizes CBD.

The pharmacokinetics showed that CBD half-life elimination was 4.2 hours for both the 2 mg/kg and 8 mg/kg doses. This meant that half of the CBD was still present in the blood after 4.2 hours. These results led to dosing the following clinical trial at 2 mg/kg of body weight every twelve hours considering the amount of oil needed, and the cost-effective nature of a smaller dose. 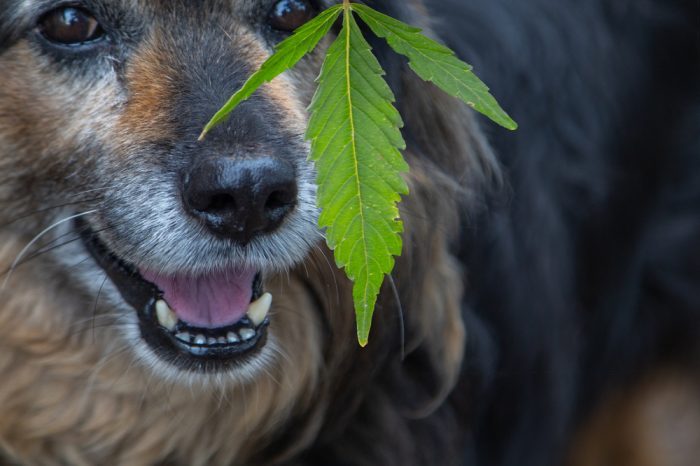 In a double-blind, randomized, placebo-controlled trial, sixteen osteoarthritic dogs received one of two treatments in random order. The dogs either received 2 mg of CBD per kg of body weight or a placebo (olive oil) every twelve hours. The dogs received treatments over four weeks, with a two-week washout period between CBD and placebo treatments. Before and after treatment, a veterinarian evaluated each dog for pain and lameness (a measure of dog gait). Owners also completed a canine brief pain inventory (CBPI) and the Hudson activity scale. The dogs were not allowed to be on any analgesic medications and were only allowed non-steroidal anti-inflammatory drugs (NSAIDs), fish oil, glucosamine, and chondroitin sulfate. The doses of these additional medications had to be stable for four weeks before treatment and during the ten-week study.

Improvements with no Observable Side Effects

CBPI and Hudson scores showed significant decreases in pain and increases in activity at two and four weeks of CBD treatment when compared to baseline measurements. Veterinary assessments of pain also showed favorable differences. Unfortunately, there were no significant improvements in veterinary lameness scores or weight-bearing abilities, despite owner-reported improvements. There were also no observable side effects for the dogs in either the initial pharmacokinetic or clinical investigations. So, these results suggest that CBD oil is a safe and probable effective drug for treating osteoarthritis in dogs.

Importantly, although researchers demonstrated the short-term benefits, they suggest more extended studies with larger populations to identify long-term effects. Despite evidence of safety and efficacy for certain conditions and numerous anecdotal reports of benefit, some government regulatory bodies are cautioning pet owners against using CBD.

FDA Cautions Pet Owners Against Use of Cannabis Products

The FDA stresses that cannabis products have not been approved for consumption in animals and cannot ensure that commercial products are safe or effective. However, the FDA also states that there were no reports of adverse events relating to animal cannabis consumption. Importantly, the FDA does not seem to distinguish between THC and CBD products, citing potential adverse events that are more commonly associated with THC. North of the border, there are currently no Health Canada approved prescription CBD drugs available. Canadian veterinarians cannot legally prescribe CBD to their patients. However, that could soon change.

RELATED  Does Legitimate Research of Cannabis Need a Standardized Dose? 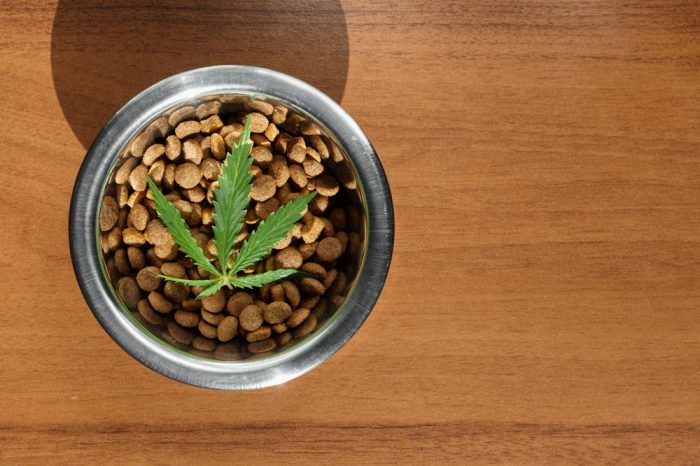 There are currently seventeen Health Canada approved research studies examining prescription-only CBD. Veterinarians like Dr. Karen Joy Goldenberg are optimistic about CBD treatment for animals. However they still need to see published evidence. “Can it treat chronic pain? Can it treat seizures? The answer is probably ‘yes,’ to most or all of those … The problem is, we don’t have studies on it yet,” she told CBC News. Research is coming and with it the likelihood that CBD will make a significant difference in the lives of pets and their owners.

How Much CBD Should I Give My Dog?