How Much Is An Ounce? What Does It Mean?

How much is an ounce? A lid? An eighth? What does all of this even mean?

As cannabis culture goes mainstream, some old habits are dying hard. For example, the quasi-metric system used to measure and weigh cannabis is on its way out — and the slang that often comes with it. When was the last time you bought a lid? Or a dime bag? And why the heck is cannabis measured in reference to grams AND ounces?

For those just entering the cannabis world, these can be confusing terms and measurements. Here’s a comprehensive guide:

How Much is an Ounce?

Thanks to a clunky amalgamation of different rules and cultures, cannabis is often measured in both ounces (an imperial measurement) and grams (a metric measurement). And while you can buy cannabis based on its price per gram or in denominations of an ounce — half an ounce, one-eighth of an ounce, a sixteenth, etc. — few, if any, sellers seem to provide metric-to-imperial conversion tables.

The best way to understand this is, unfortunately, to know some math. This is hardly appealing to most people. One ounce is equal to 28.35 grams. Most budtenders and blackmarket sellers round down to an even 28 grams, but that shorts customers by nearly one-third of a gram. For reference, a standard paper clip weighs about one gram. So does a dollar bill. So while losing one third of that weight may not seem like much, it adds up over time.

But how much is an ounce? What does it look like? If you want to picture it, the image of 28 paper clips doesn’t help much. Instead, think of the weight of one standard slice of bread, or five quarters (which technically weighs 28.35 grams, so if you only had old fashioned scales, that’s a near-perfect way to calculate one ounce).

If all politics are local, so are all cannabis prices. Despite the similarities among cannabis users, the answer to the question ‘How much is an ounce?’ varies greatly across cities, states, and countries. While data reports for illegal prices are never 100 percent accurate, the best records available to cannabis economists show that legal status is a poor indicator of cannabis price.

RELATED  The DOJ and the Cannabis Whistle Blower

The closest we can get to making a sweeping statement about the relationship between cannabis legality and price is that full legalization tends to drive down costs. The highest priced cannabis tend to be in places where cannabis is illegal or semi-legal (legal medical or decriminalized, for instance). Of all the cities researched by this publication, only one “fully” legalized city — Boston — snuck into the top 50 most expensive cities worldwide for cannabis prices.

However, in the U.S., the most expensive place to purchase cannabis is Washington, D.C. (a semi-legalized city), where a gram will run you just over $18, a healthy $6.62 above the second-priciest destination — Chicago. Of the 13 cities measured by the 2018 Cannabis Price Index, the fully legal cities of San Francisco, Los Angeles, Denver, and Seattle rounded out the bottom of the list, with prices ranging from $9.27 to $7.58 per gram. 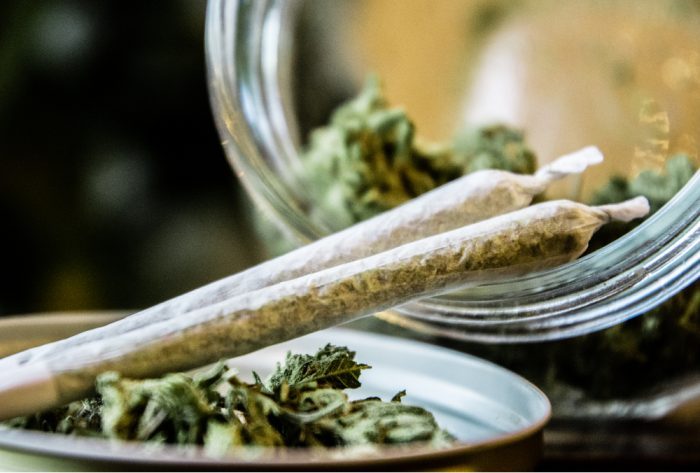 What About Foreign Prices?

The crowd-sourced site Wikileaf found that cannabis is cheaper in Canada than in the United States by about 30 percent, on average. According to their 2018 analysis, state-side dispensaries priced one-eighth of an ounce of cannabis at a square 40 bucks, while folks in the Great White North paid just $27.90 for the same amount.

Worldwide, the cheapest place to buy cannabis is Quito, Ecuador, thanks to a $1.34 per gram going rate. The most expensive? Tokyo, Japan, where a single gram runs upwards of $32. In general, Asian nations, where cannabis is largely illegal, ranked as very expensive for cannabis purchases while South American countries, where it’s semi-legal, were toward the bottom.

When you ask, “How much is an ounce?” you’re not asking about the intrinsic worth of dried cannabis buds and leaves. You’re asking what the going economic rate is — a rate that allows merchants to pay their rent, employees, and taxes while still providing value to consumers. It’s a tricky business, and it depends on far more than strain variations and taxes.

RELATED  Cannabis May Only Be Good For End Stage Glaucoma 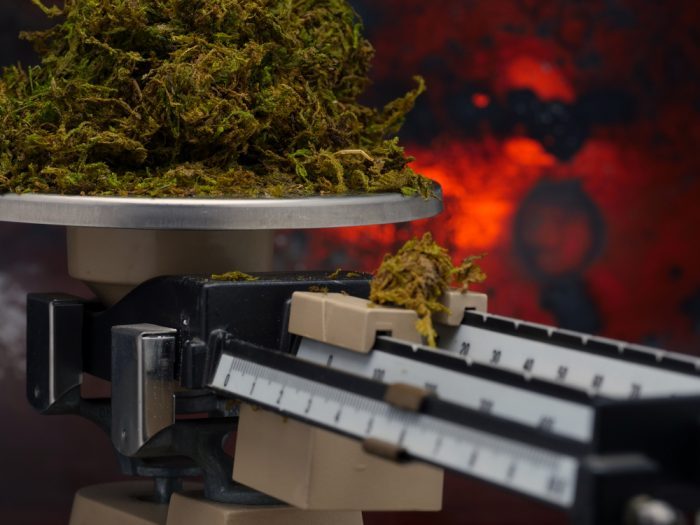 As legalization sweeps the U.S. and is normalized in other countries, it’s unlikely that the “price of cannabis” will be a simple measure. Instead, we’ll want to know about specific strains, grades, and products.

The bottom line is that no matter how people choose to get their cannabis, once it’s legalized, both consumers and sellers will benefit from an open economic system that tracks prices and products across the globe. In a short time, we’ll finally have a realistic, reliable answer to “So, how much is an ounce?”

How Patients Use A THC Patch

How to Cure Cannabis: The Ultimate Guide

How to Prepare Cannabis Roots