How Scientists Are Improving Cannabis Genetics

Understanding cannabis genetics is the key to growing good medicine.

Many countries are warming up to the medical benefits of cannabis. For nearly a century there has been a stigma against cannabis, and strict governmental legislation has prevented the extensive research that the cannabis plant deserves.

Although cannabis’s genetic makeup has been somewhat of a mystery, the proliferation of cannabis research has opened up to the world of genomics. As a result, scientists are becoming more proficient in improving cannabis using genetics. Here’s how and, more importantly, why.

Why Are Genetics Relevant To Cannabis Cultivation?

You’re likely familiar with THC – cannabis’s intoxicating compound, which has also become increasingly known for its medicinal properties. Dispensaries label the THC content of their products much the same way alcohol companies label the strength of their beer. Despite the hype around THC, historically, the most used versions of cannabis, such as hemp, contained almost no detectable amounts of THC. 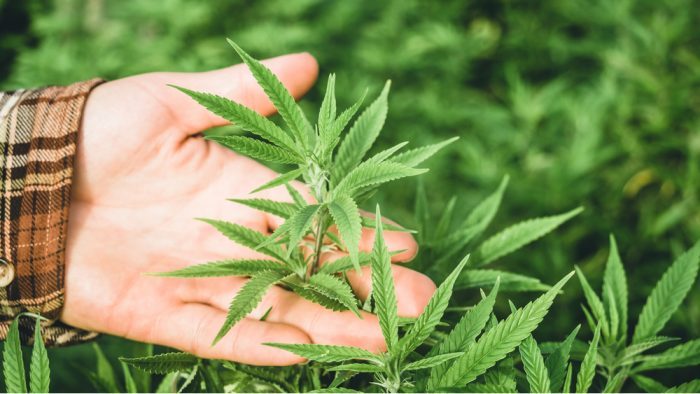 These days the rising popularity of CBD oil, and subsequent FDA approval of the first CBD derived compound, has seen a growing demand for cannabis cultivation with a high CBD:THC ratio. Cultivators achieve this ratio by selectively breeding plants that have desirable chemotypes (cannabinoid profile). However, the actual genetic map of cannabis has remained a mystery. Knowing the ‘genetic code’ of cannabis is crucial for understanding genomic variations between these different strains.

But it’s not just for commercial reasons, there can be legal implications too. For instance, some countries heavily restrict the level of THC allowed in hemp plants. Genetic breeding could offer a solution.

Mapping The Cannabis Genome: Where Is The Progress?

Unfortunately due to legal restrictions, mapping the cannabis genome is not simply conditional on scientific innovations. The federal government classifies cannabis as a Schedule I – the same group as cocaine and heroin. So there are significant barriers to funding, and the process to get permission is costly and time-consuming.

The chemical phenotype of cannabis plants that make both THC and CBD has previously been described as a result of two codominant diploid alleles. Independent assortment of diploid alleles determines the functional gene dosage for CBD:THC. Fragmented assemblies of the cannabis genome have shed light on discrepancies between strains, which could explain differing levels of THC production. “The draft genome and transcriptome of cannabis sativa” noted that delta-9-tetrahydrocannabinolic acid synthase was present in Purple Kush transcriptome (the enzyme responsible for THC production). But it was replaced by cannabidiolic acid synthase (the enzyme for CBD production) in a hemp cultivar Finola.

The same paper noted that gene duplication and divergence affecting drug content in cannabis sativa suggests that multiple linked loci are responsible for THC/CBD ratios. The authors also noted that “an unlinked quantitative trait locus (QTL) for cannabinoid quantity may also have played a role in the recent escalation of drug potency.”

The Complexity Of Mapping The Cannabis Genome

Mapping the 20 chromosomes of the cannabis genome is no easy task. In 2011 Medicinal Genomics was the first company to sequence the genome. CEO Kevin McKernan hopes that researchers can use this information to breed plants with minimal THC. He also believes it can provide insight on other cannabis compounds with therapeutic benefits, minus psychoactive effects. His data is freely available to the public to help break legal barriers for scientists in countries such as the US.

In 2018, advancements in sequencing technology allowed researchers to construct a 230 fold improvement of the cannabis genome assembly. McKernan partnered with Phase Genomics and Pacific Biosciences, utilizing shotgun sequencing methods from PacBio sequencing and Proximo Hi-C. They managed to assemble the genome of Jamaican Lion strain of cannabis, which CBD-rich.

Discoveries of the Sequencing, and Set Backs

In the words of David McKernan “The most exciting picture is the 2.1Mb CBCAS (cannabichromenic acid synthase) gene cluster seen the Jamaican Lion assembly. This has 9 tandem copies of CBCAS all directionally oriented that are 99.4-99.9 percent identical and separated by 30-80kb long terminal repeats. This region has been an assembly knot for over seven years.”

Due to an error in the assembly process, researchers stressed we require that sequencing the same cultivars with the same technology to understand the cannabis genome’s complexity.

It also opened the door, or more accurately the floodgates, for more questions. Researchers identified twelve unknown synthases, (91-92% THCAS–like) scattered in a tandem repeat structure. The functions of these are unclear. Researchers speculate these could be pseudogenes. However, we need further study to understand these synthases’ contributions to cannabis’s chemotype.

Furthermore, researchers from Sunrise Genetics created a complete chromosome assembly and a linkage map to identify the genetics responsible for the ratio of THC to CBD in cannabis. They discovered that CBD-rich cultivars are probably a result of hemp-type cannabidiolic acid synthase gene clusters integrated into cannabis-type cannabis. 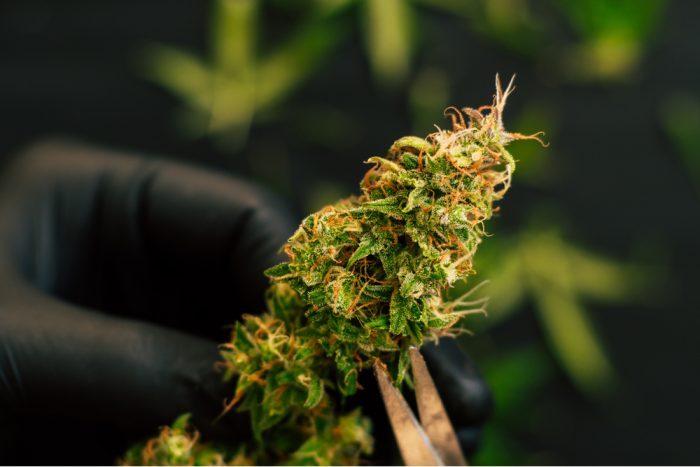 How Will Genetics Influence The Future Of Cannabis?

There’s only one FDA-approved cannabis-derived medical product in the USA. However, other countries are leading the way. CBD is already being used to treat conditions ranging from multiple sclerosis to anxiety. Moreover, there’s increasingly promising research showing cannabinoids can shrink tumors. If researchers can discover the right ratio of cannabinoids to treat specific conditions, they’ll be able to genetically engineer strains with those ratios.

As we move towards fewer global cannabis regulations, governments pump more funding into cannabis research. Scientists exploring the genome will be able to help growers cultivate plants to help specific conditions with more efficacy. This will also likely lower prices as supply increases. Although we need much more work to understand the cannabis genome, we’re making big progress. And ultimately, that’s what matters most.