They are the nightmare of any grow operation. Here’s how to kill spider mites.

Spider mites are a common pest of cannabis plants, and a grower’s worst enemy. These little pests tend to reside on the underside of cannabis leaves, causing damage to plant cells. Because of this, pest management plans should look to handle pests in the long term.

This means that your method of control must be effective at breaking the lifecycle of the creature causing problems. There’s no point in killing the adult form of a pest if these adults are simply replaced by those in their juvenile stage. To exterminate the problem, you must exterminate the eggs.

The Lifecycle of the Spider Mite

Spider mites have five stages of development: egg, larva, protonymph, deutonymph, and adult. The length of time it takes for a mite to complete its life cycle varies based on temperature and humidity. But under optimum conditions (80° Fahrenheit and dry) it takes them as little as five days. 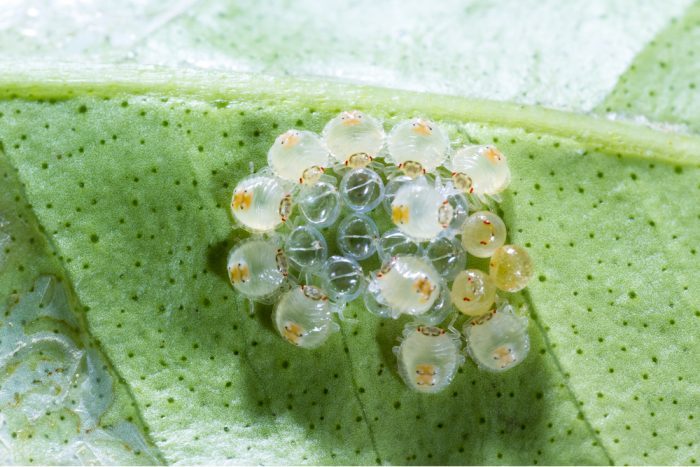 Depending on location, spider mites may become more of a seasonal problem for outdoor growers. But for those using a greenhouse, spider mites tend to be a more chronic threat.

How Are Spider Mites Detected?

Spider mites are less than a millimeter long, meaning infestations can become quite severe before they become obvious. Because of spider mites’ small size, growers can better aid the discovery of these pests using a magnifying glass. Use this to examine the underside of leaves.

Another effective trick is to lay down a white piece of paper beneath the leaves. Then, tap them firmly. If mites are on the leaves, they’ll fall onto the paper where their red bodies will stand out against the white background. The presence of webs over leaves or buds is also indicative of a spider mite infestation. Often though, damage to the leaves of the plant becomes apparent before direct evidence of the bugs causing the issue.

Spider mites pierce individual cells and feed off them. The result is a tiny yellow dot on the leaf’s surface. The combined efforts of many spider mites will cause leaves to be speckled with these dots, but growers easily mistake the spots for a nutrient deficiency rather than an infestation. The act of feeding can cause leaves to fall off prematurely, and severe infestations can lead to the death of entire plants overnight. 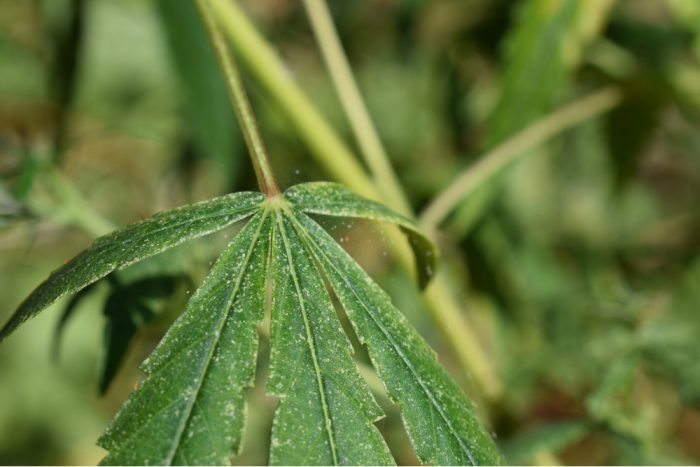 What Are the Most Common and Suggested Methods of Control?

The first and easiest method of control is to keep your plants well-watered, as water stress makes plants more susceptible to mite infestation. Second, remove infested plants from the rest of the population to prevent spreading.

In outdoor crops, remove weeds from the growing area. Mites can use surrounding hardy weeds to survive winters that would be otherwise fatal.

Are Pesticides Effective for Spider Mites?

However, there is evidence that bifenazate-based solutions are effective at reducing spider mite populations while not significantly affecting the population of predatory mites. These can be effective as spot treatments against mites. They are also some of the least toxic forms of chemical control for predatory species and people.

Keep in mind, though, that leaf-burn is possible with these methods depending on environmental conditions. Make sure to monitor the effect they have on your crop. 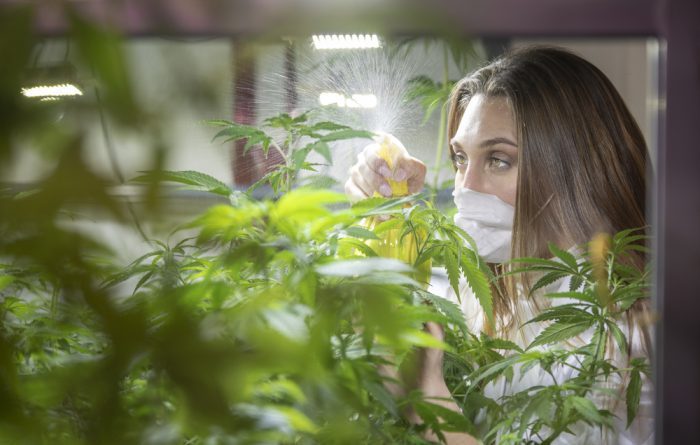 For severe infestations, it may be wise to thin out the population with pesticides, then follow up with the introduction of commercially available predatory species. Don’t be fooled by the similar names of commercially available predator species. The mites you buy feed on the spider mites in all stages of their lifecycle, acting as your crops’ guardians. Other possible predator species can be found in the tribe Stethorini, more commonly known as ladybugs.

It should be noted that predatory mites aren’t always suitable. They don’t do well in cold environments, and you should make sure you choose a predator that will feed on the invasive species. For red spider mites, the ideal predator is Phytoseiulus persimilis.

Changing Environmental Conditions as a Method of Pest-Control

Another method of control is to shift the environment of your crop to conditions that are unfavorable for the spider mite. This is easy to do in a greenhouse. High humidity causes spider mites to lay fewer eggs, and causes newly hatched larva to die at a higher frequency. If using this method in conjunction with the introduction of a predatory species, it is important to make sure you do not make the environment inhospitable to your chosen predator. 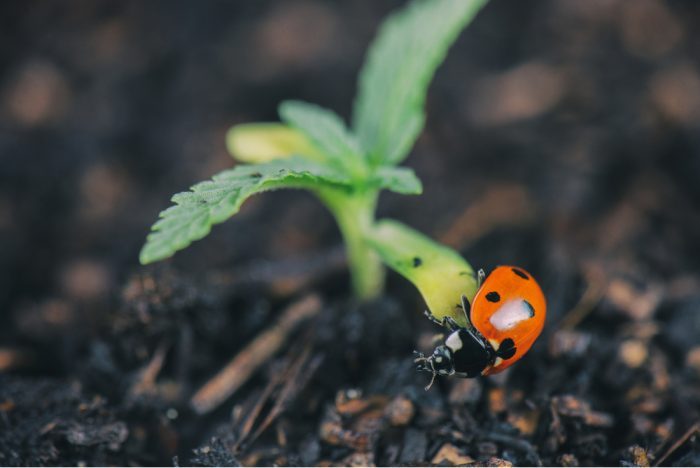 Spider mites can repopulate to high levels very quickly from a relatively small population of survivors, which can be disheartening for growers. So, repeat your methods of control at least a few times over a period of days or weeks. This is important to do even if there are no signs of an active infestation, similar to how it’s recommended to keep using shampoo for hair lice even after the itching is gone. Repetitive treatment guarantees that all the eggs are gone.

Cannabis plants don’t have to be at the mercy of the environment, as long as you take proper precautions and know how to kill spider mites.