Pre-clinical trial shows that may CBD treat the symptoms of psychosis and may even stop it.

New research suggests that one of the active ingredients in cannabis could soon considered be the most-prescribed anti-psychosis drug on the market. Cannabidiol (or CBD) has long been known to counter some effects of the intoxicating effects of THC. And recently, researchers have found that these same properties just may calm the symptoms of psychosis. Not only that but CBD may know how to reverse psychosis.

CBD Possibly Knows how to Reverse Psychosis While Treating Symptoms

According to a paper in Schizophrenia Bulletin, CBD might be a catalyst to reverse psychosis, not just treat the symptoms. This breakthrough could be a game-changer for psychosis patients, giving new life to the hundreds of thousands of Americans who suffer from the disease — and deliver real help to the millions more who will temporarily experience psychosis at some point. As many three percent of all people have a psychotic episode at some point in their lives.

While consuming cannabis as a potential agent of treatment for psychosis is relatively new, the link between the plant and the disease has been known for decades. The reputation that cannabis has for inducing paranoia comes from the intoxicating effects of THC, which has been shown to cause irrational behavior in a minority of consumers. The effects are usually mild, thanks in part to the effects of CBD, which temper the intoxicating properties of THC. But a small set of users (those who are already prone to psychosis) can experience an increase in psychotic symptoms or breaks after using THC.

What are the Qualifiers of Psychosis?

Doctors call the onset of psychotic symptoms following the use of some foreign substance or agent “psychomimesis.” It’s the building block of psychosis scholarship. By examining what triggers psychotic breaks, scientists have been zeroing in on the exact mechanisms responsible for the condition. Departures from reality such as delusions, delirium, and hallucinations characterize it.

When these breaks happen more and more frequently, doctors diagnose the patient with psychosis or a more specific psychotic disease, like schizophrenia. While treatment is available for patients with these symptoms, there is no known cure — and the medicines don’t work for every individual. Anti-psychotics remain an important avenue for scientific advancement, both in methods for treatment and a better understanding of the disease’s root causes.

Could CBD be a Better Anti-psychotic Medication?

The new research shows, for the first time, that repeat doses of CBD prevent certain precursors to psychotic breaks. These behavioral adjustments include social interactions and the recognition of new objects, both of which are very hard for people with psychosis to handle.

And that’s just outside. The scientists also discovered that a twenty eight day course of CBD treatment in psychotic mice had stunning effects on their brains. It prevented neural and microglia activation, and decreased the number of parvalbumin-positive neurons in the medial prefrontal cortex. That sounds like a medical jargon, but the underlying concept is simple to grasp: CBD doesn’t just treat the symptoms. It alters physical structures in the brain — and once those structures change, the rates of psychotic behavior drop dramatically.

But, Will These Results Work in Humans?

There’s good reason to believe that these lab effects will carry over into human trials. For one thing, several studies have been similar. Unfortunately, peeked into people’s brains. A review of anti-psychotic studies of the last 30 years in the journal Current Pharmaceutical Design found that CBD blocked experimental psychosis from developing in people, and was effective in schizophrenia patients.

Best of all, CBD has a remarkable safety profile. For patients with psychosis, that’s huge. For regular anti-psychotic drugs, the list of side effects is severe and wider-ranging. It includes normal (if annoying) effects like drowsiness, dizziness, dry mouth and constipation. It also includes more excruciating problems. These include uncontrollable tremors, seizures, and a lowered number of white blood cells (the stuff that fights off infections). 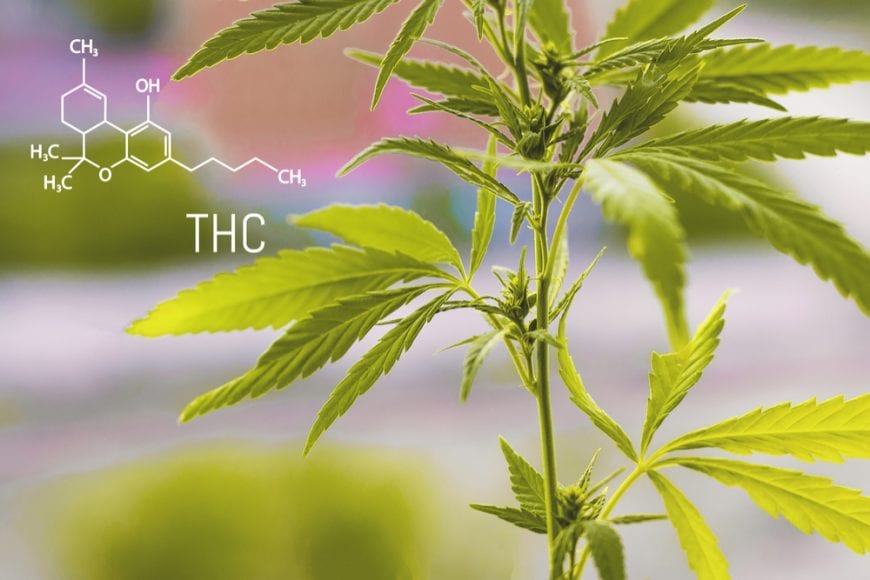 Put another way, taking drugs to fight off psychosis can help bring patients back to reality. Still, it exacts a high price. They can confine people to their homes for risk of getting sick easily and lead to life-threatening seizures.

That’s why CBD is such a big deal. It can do just as good a job at clearing up psychotic symptoms without impairing motor function in patients. CBD has a bright and ready future as an anti-psychotic drug, especially for schizophrenia, but that’s just the start. Scientists are only beginning to discover why CBD works in this manner. That discovery could open whole new avenues of research and exploration about how our brains work and interpret the world.