How to smoke cannabis is often a case of different strokes for different folks. Here’s the lowdown for the uninitiated.

Right up until the 1500s, almost everyone consumed cannabis in edible form – as hashish. But after the introduction of tobacco from the New World, smoking soon became the new norm, a trend that continues to this day. In modern times, smoked forms of cannabis lead vaped and edible forms by a substantial margin. There are myriad ways to smoke cannabis; some use bongs; others prefer pipes, but the majority still prefer to roll a good old-fashioned joint. For those new to cannabis, here’s a guide on how to smoke cannabis, make it go further, stay fresher, and, ultimately, how to enjoy it more.

How To Smoke Cannabis From Joints, Bongs, and Pipes 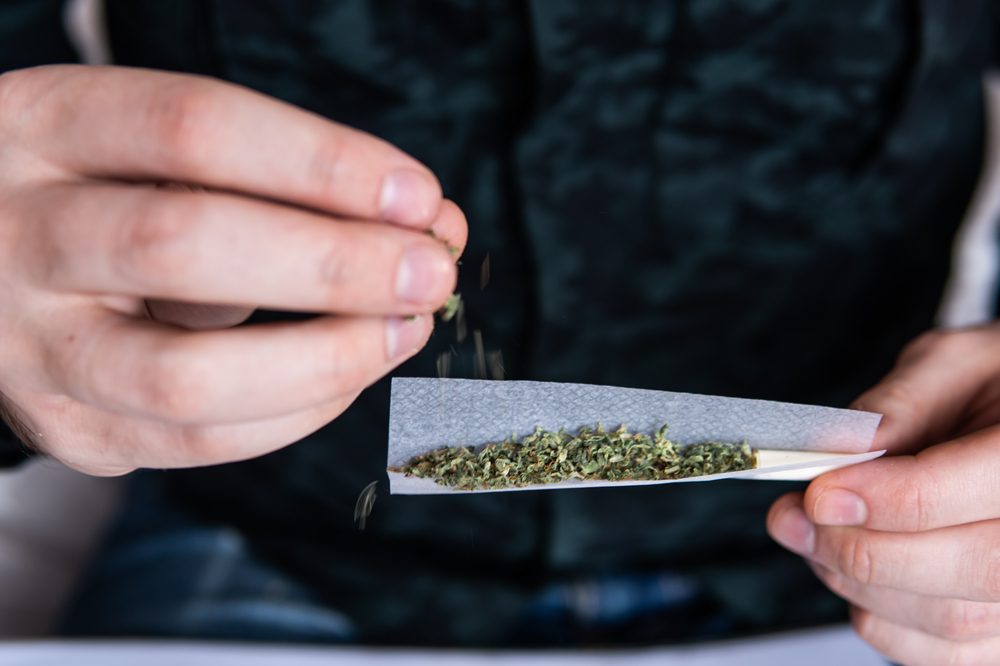 How to Roll a Joint

Rolling a joint effectively is a skill that a surprising amount of cannabis consumers never truly master. The technique sounds simple in practice, but between grinding too fine or too coarse, or rolling too loose or too tight, many never quite nail the technique.

The art of rolling a joint all begins with the grind. When it’s too fine, it restricts airflow and results in a poor burn. When the cannabis flower is chunky and inconsistent, it leaves air pockets and results in a quick and uneven burn that can lead to canoeing joints.

To roll a joint effectively, take the ground cannabis and place it in the trough of the rolling paper. Place it alongside a ready-made crutch, or one made from thin cardboard rolled so that it’s springy and supportive but with ample space in its center for the smoke to pass through.

Pick it up and begin gently massaging the ground cannabis with the rolling paper between your index fingers and thumbs until it’s packed into a cylindrical form. Then gently tuck one flap of the rolling paper under the other behind the crutch before working toward the end of the joint. Once complete, lick it and seal it. You can then begin packing in any cannabis that fell out during the rolling process at the open end before twisting it to seal it.

Hand pipes are one of the most common ways to smoke cannabis. Small, portable, and easy to use, consumers favor them for their simplicity and convenience. Hand pipes include chillums, spoon pipes, sherlocks, and more simplistic one-hitters.

With hand pipes, consumers inhale dry smoke that doesn’t pass through any form of water filtration. This sometimes results in a harsher hit when compared to forms of water pipes.

Water pipes come in various configurations, with bongs and bubblers being among the most common. The inclusion of water serves several functions. Firstly, it serves to cool the smoke and helps ensure the smoking experience is gentler on the throat and lungs. It also helps remove certain compounds like tar and ash, preventing some of these compounds from entering the lungs, something that leads many to tout it as a healthier method of administration than smoking without any form of filtration.

RELATED  How To Make BHO Gummies

Water pipes come in a variety of increasingly sophisticated and artistic designs and are a status symbol for many, something that leads to astronomical costs in some instances.

How to Use a Carb

Cannabis pipes consist of two distinct subgroups: those with carbs and those without. A carb is a small hole at the side of the bowl that allows consumers to clear the smoke from the chamber at the end of an inhale.

To use it correctly, you should hold a thumb over the hole when drawing in the smoke and let it go once you’re halfway through. Opening the carb allows you to draw in the remaining smoke in the chamber and results in more efficient use of the cannabis flower. 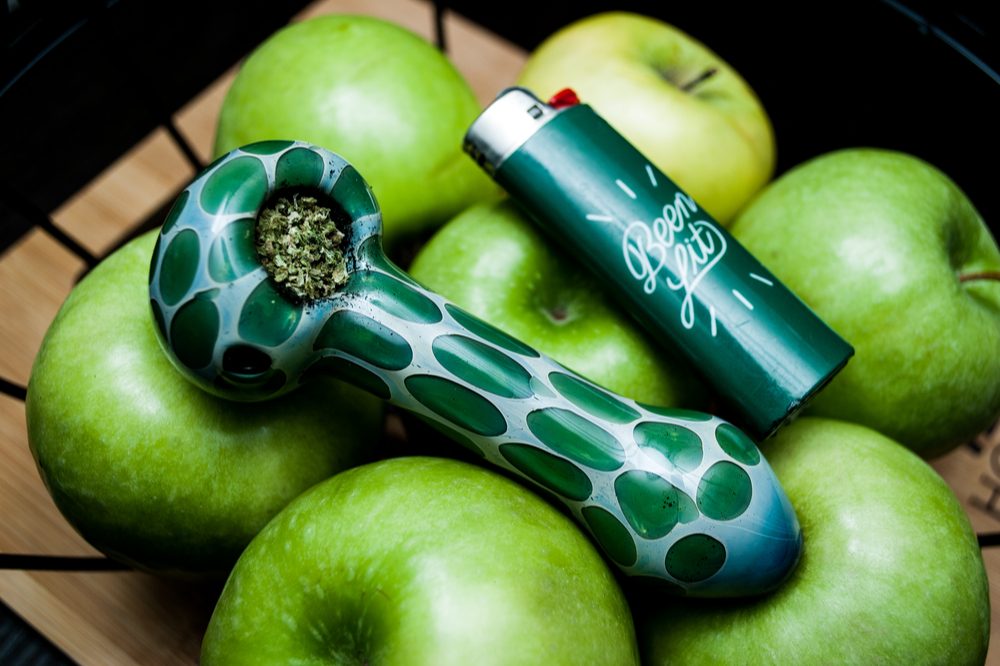 How to Pack a Bowl

Those who choose to smoke from a pipe or a bong will have to learn the art of packing a bowl. And while it may sound easy, that doesn’t mean that people don’t do it wrong all the time. Here’s how to pack it for increased airflow and a solid burn.

Cannabis Etiquette 101: How to Smoke Cannabis With Others

Cannabis is often much more enjoyable when shared. But for the experience to remain pleasant for all concerned, there is a list of unwritten dictates that form the rules of cannabis smoking etiquette. To avoid being “that” person, here are the three cardinal sins you should avoid making when smoking cannabis in a group.

How to Store Cannabis Flower

You should always strive to store your cannabis flower under ideal conditions to both preserve its potency and to help ensure the best smoking experience possible.

Just like any harvested plant, cannabis flower will degrade with time. This negatively affects the taste, something that often leads to a harsh kick. Potency is also a concern, and degredation begins to occur at the moment of harvest when cannabinoids like THC gradually transform into CBN. By taking measures to ensure the preservation of the cannabinoids, terpenes, and flavonoids, which all degrade with time, you’ll reap maximum medicinal benefit for your stash.

Temperature, humidity, and light exposure are three things that will degrade, not only the potency of cannabis, but will also decrease the enjoyment of the smoking experience.

Storing cannabis in a cool, dark place is essential, with temperatures of between thirty-two and sixty-eight degrees Fahrenheit ideal. Higher temperatures encourage the formation of mildew and other forms of mold that, when inhaled, can be very damaging to health. Exposure to heat can also contribute to a loss in potency, with cannabinoids and terpenes particularly susceptible. Dried out cannabis devoid of that resinous oil also makes for a harsh smoking experience.

Relative humidity is also an important consideration in preserving the quality of cannabis and preventing mold formation. Ideally, relative humidity levels should remain below sixty-five percent. When stored in an airtight glass jar, products like the Boveda Humidity pack help dial in humidity levels to preserve the cannabis flower optimally.

Just as high humidity levels are problematic, so too are excessively low levels. Low humidity results in the cannabis drying out and losing those potent essential oils containing the all-important medicinal compounds.

But while excessive temperature and humidity are both problematic, it’s actually light exposure that’s most detrimental to cannabis flower. A study[1]Fairbairn, J. W., Liebmann, J. A., & Rowan, M. G. (1976). The stability of cannabis and its preparations on storage. The Journal of pharmacy and pharmacology, 28(1), 1–7. … Continue reading published in The Journal of Pharmacy and Pharmacology (1976) researchers concluded that exposure to light was the “greatest single factor in loss of cannabinoids” after analyzing the content in flower samples.

To preserve the potency and taste of your cannabis flower, place it in a sealed glass jar, and leave it in a cool dark press. 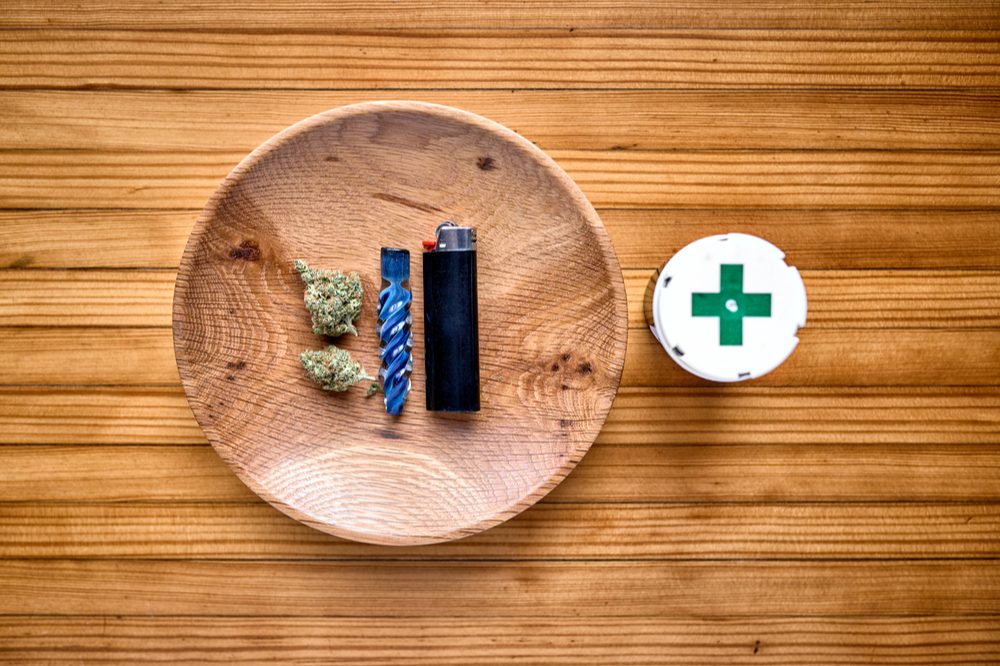 Everyone wants to get the biggest medicinal bang for their buck, and for those who want to make their stash of cannabis flower go that little bit further, then here are some tips that’ll help ensure liftoff every time.

For those with a three-piece grinder, don’t let that precious kief go to waste. As a concentrated form of the plant trichomes, kief can really make your cannabis flower go that little bit further thanks to the potent kick it delivers due to the concentrated form of cannabinoids, terpenes, and flavonoids it consists of.

Smoke After a Workout

Smoking cannabis after hitting the gym or simply going for a walk often results in more intense effects. Exercise increases the production of anandamide, a feel-good endocannabinoid that complements cannabinoids like THC present in smoked cannabis flower.

If you find that you’re no longer feeling the effects of smoked cannabis as keenly as before, then try changing it up a little. Every cultivar of cannabis has its own particular characteristics thanks to its unique profile of plant compounds. Try mixing it up by bringing in some unique varieties of cannabis. Perhaps cut down on the high THC varieties and evaluate how those that lean more toward the CBD side work. It may not provide the same intoxicating effects, but it will provide benefits, while also allowing your tolerance to partially reset.

Is Smoking The Most Efficient Way to Consume Cannabis?

Although it’s a potent dose, smoking cannabis may not be the most efficient method of consumption. A study published in Forensic Science International (2018) concluded that dabbing is the most efficient administration method.[2]Hädener, M., Vieten, S., Weinmann, W., & Mahler, H. (2019). A preliminary investigation of lung availability of cannabinoids by smoking marijuana or dabbing BHO and decarboxylation rate of THC- … Continue readingAccording to researchers, seventy-five percent of the THC in a dab ends up in the consumer’s lungs. With smoked forms of cannabis, they noted that seventy-five percent of the available THC is already destroyed before entering the lungs.

Either way, smoking is likely here to stay for a while longer. Certainly there may be health concerns when compared to non-combustible methods of administration. But, there’s something about the convenience, the quick onset time, and sheer timelessness of old habits.