A renewed wave of Cannabis research studies is slowly coming, to verify or deny past studies, and to push through boundaries.

Cannabis research has grown by leaps and bounds in the last decade. New discoveries are continually being made, particularly in the field of cancer research. However, recent findings are only the tip of the iceberg — scientists have been curious about cannabis and cancer as far back as the 1970s. So, what did these past cannabis research studies say about cancer? And how is today’s research building on those findings? Let’s take a look.

It’s possibly one of the most cited among past cannabis research studies, and the results were not well received when it was conducted. Generally called the “Virginia Study,” due to its publication out of the Medical College of Virginia, it should have sparked a wave of cannabis research. But it didn’t. Originally funded by the National Institute on Drug Abuse (NIDA) and published in the Journal of the National Cancer Institute, the 1975 study showed that the cannabinoid THC could potentially reduce the size of tumors in mice.[1]Munson, A.E., et al. Antineoplastic Activity of Cannabinoids. Journal of the National Cancer Institute, U.S. National Library of Medicine, 1975, pubmed.ncbi.nlm.nih.gov/1159836/

Due to the negative stigma of cannabis in the 1970s, the results of the study were quickly buried. Funds dried up and progression into cannabis research ceased. Today, scientists are picking up where the Virginia Study left off. And they’re corroborating the results in preclinical animal and in vitro trials, along with some human trials.

THC And CBD Both Under Study

Not only are researchers finding that THC might shrink tumors, but CBD may be effective as well. A study published in Anticancer Research (2018) tested CBD on a small population of human cancer patients. Among 119 patients, ninety-two percent showed a reduction in tumor size and no harmful side effects.[2]Kenyon, Julian, et al. Most-Read Articles during May 2020 — Updated Monthly. Reports – Most-Read Articles during May 2020 — Updated Monthly, 2 June 2020, … Continue reading

Cannabis May Reduce Side Effects of Cancer Treatment

Scientists are now finding that cannabis can potentially ease the difficult and painful side effects that come with cancer treatments like chemotherapy. But here we find another instance of early studies dating back to the 1970s. Spearheaded by Professor Lester Grinspoon of Harvard Medical School, a 1975 study showed that cannabis could relieve some of the negative side effects of chemotherapy. Published in the New England Journal of Medicine, the study tested THC on twenty cancer patients. Grinspoon discovered that cannabis significantly reduced nausea.[3]Sallan, Stephen E., et al. Antiemetic Effect of Delta-9-Tetrahydrocannabinol in Patients Receiving Cancer Chemotherapy. UKCIA Research Library, 1975, www.ukcia.org/research/antiemetic.php

Today, Grinspoon’s results have been duplicated and verified. In 2008, a review study was published in the European Journal of Cancer Care on the effect cannabis could have on cancer treatment. The authors concluded that cannabis could indeed relieve nausea caused by chemotherapy, but also that it might be even more effective than other anti-nausea pharmaceuticals used today.[4]Rocha, F.c. Machado, et al. Therapeutic Use of Cannabis Sativa on Chemotherapy Induced Nausea and Vomiting among Cancer Patients: Systematic Review and Meta Analysis. Wiley Online Library, John Wiley … Continue reading

Cannabis has also shown itself to be a potential ally when combined with other cancer treatments like radiation therapy. In a study published in Frontiers in Oncology (2018), researchers found that CBD could enhance cancer cell death when combined with radiation therapy in mice.[5]Yasmin-Karim, Sayeda, et al. Enhancing the Therapeutic Efficacy of Cancer Treatment With Cannabinoids. Frontiers, Frontiers, 29 Mar. 2018, www.frontiersin.org/articles/10.3389/fonc.2018.00114/full.

CBD May Fight Against Metastasis

Decades after the Virginia Study, scientists are finding that not only can cannabis potentially shrink tumors, but it may also have the ability to prevent metastasis. A further study, published in the Journal of Neuroimmune Pharmacology (2015) showed that cannabinoids could potentially block angiogenesis.[6]McAllister, Sean; Soroceanu. The Antitumor Activity of Plant-Derived Non-Psychoactive Cannabinoids, Journal of Neuroimmune Pharmacology. DeepDyve, Springer US, 28 Apr. 2015, … Continue reading This is the process through which new blood vessels form, allowing tumors to grow and metastasize, spreading cancer throughout the body.

Researchers found that by inhibiting the vascular endothelial growth factor (VEGF) pathway, CBD might be able to prevent metastasis in prostate, lung, breast and colon cancers. Further study is needed, but these results show remarkable promise. 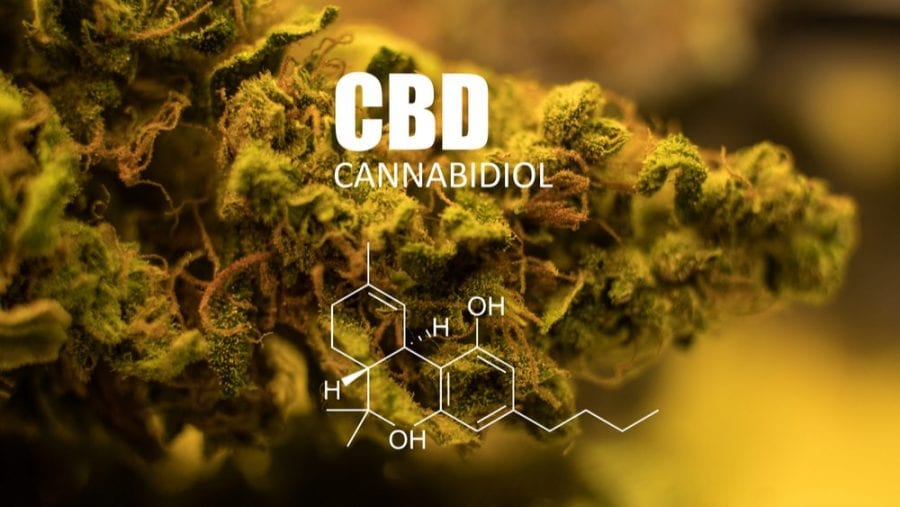 Another study, published in Molecular Cancer Therapeutics, (2007) discovered that CBD may inhibit metastasis in breast cancer specifically. Scientists found that CBD could possibly switch off the Id-1 gene in breast cancer. What does this mean? The Id-1 gene is a pro-metastatic gene. By turning it off, it’s possible doctors could slow the aggressive progression of this disease and prevent the spread of cancer cells to the rest of the body.[7]McAllister, Sean D., et al. [PDF] Cannabidiol as a Novel Inhibitor of Id-1 Gene Expression in Aggressive Breast Cancer Cells: Semantic Scholar. Undefined, 1 Jan. 1970, … Continue reading

It’s not just cannabinoids like THC and CBD that show promise. Flavonoids are also under the microscope, as researchers delve into cannabis’ many compounds. For example, early research is showing that myrcene might also inhibit metastasis by stimulating cancer cell death.

This renewed wave of cannabis research studies is suggesting that there is indeed potential for the plant in cancer treatments. Moreover, with increased legalization and funding, this type of research may change how the medical community treats specific types of cancer. And if these early studies are replicable, they may revolutionize treatment of some of the deadliest forms of cancer.