Truth is, it’s still not possible to connect THC levels to intoxication.

In traditional Chinese medicine, the tongue is often seen as a map of the body. However, in more recent times, police in Pennsylvania have come to view a green tongue as a sign of cannabis consumption. When it comes to those driving under the influence (DUI), surely there must be a more scientific method to quantify THC DUI levels?

Being asked to stick out your tongue in the age of skin pricks and breathalyzers may be surprising to some. But drive through Pennsylvania and there’s a chance you might get pulled over to have your tongue checked.

They say a green tongue is a tell-tale giveaway for cannabis consumption. If it sounds absurd, that’s because it is. There is no scientific evidence to suggest that a green tongue is any more indicative of cannabis consumption than a spirulina or matcha smoothie. If that sort of law enforcement is as far as we’ve come, then the road to federal legalization still seems fraught with all sorts of unforeseen challenges.

A book named Identifying the Marihuana User (1986) first proposed the idea of the green tongue theory. The myth conveniently made its way around law enforcement agencies and is still taught in many academies.

The idea began to gain traction within law enforcement agencies after an article appeared in the Journal of the American Optometric Association (1998). Two of the five authors were law enforcement agents. They claimed in the study that anyone who recently smoked cannabis, “might have a greenish coating” on the back of their tongues. Unsurprisingly, no citation was provided in the article.

In a more recent thorough study published in the Journal of Forensic Sciences (2017), researchers tested blood samples of subjects suspected of driving under the influence. Of the one hundred and eighty-five subjects noted to have a tongue coating, 96.2 percent of them had detectable levels of THC in their systems. The study concluded that several factors including a “coating on the tongue” (not necessarily green) may be indicative of THC in the blood.

RELATED  Working with Cannabis to Heal the Mind, Body, and Spirit 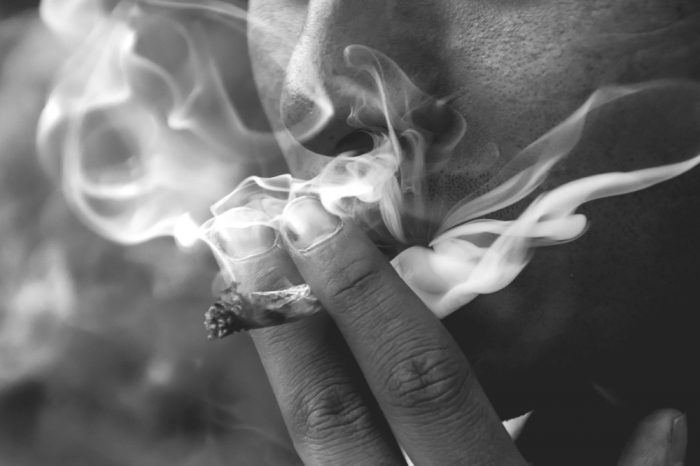 There’s little doubt that driving under the influence of THC can impair driving ability. As a result, one of the few valid concerns around the legalization of cannabis is roadside testing. Green tongues aside, governments work hard to come up with a solution.

In Canada, the federal government has approved two solutions in an attempt to provide a reliable method of roadside testing. However, no solution put forward yet is optimal.

The Drugtest 5000 is a saliva testing kit.  The officer asks the subject to provide a swab of the inside of their mouth. The swab must be thorough and last four minutes before it is inserted into the device. In addition to cannabis, the device is capable of detecting opiates, benzodiazepines, cocaine, amphetamines, and methamphetamine.

As convenient a solution as it may seem, there is a major issue with the device. It only works at temperatures between four and forty degrees Celcius. Such a restricted range renders it rather useless during the Canadian winter months.

Aside from temperatures, false positives are also an issue. A Norwegian study, published in the Journal of Analytical Toxicology (2019), reported that the device returned false positives 14.5 percent of the time when correlated with blood samples. Critics of the study claim that false positives are avoidable. Insisting that the  device be used inside a police vehicle where the ambient temperature is within the acceptable range.

Another potential issue that can compromise the results is if the subject eats, drinks or smokes anything ten minutes prior to the test. This requires law enforcement to abide by a protocol where such factors cannot contribute to the accuracy of the test.

The Canadian authorities approved a second device known as the SoToxa from Abbott Laboratories. The SoToxa does work within a wider temperature range and provides results within minutes. It works by testing the levels of THC in saliva and provides fewer false positives than the Drugtest 5000.

The SoToxa is capable of detecting THC in the saliva of any subject who has smoked within the last six hours. But while the technology in question represents a massive evolution over analyzing tongues, it still falls short when it comes to quantifying the level of intoxication. 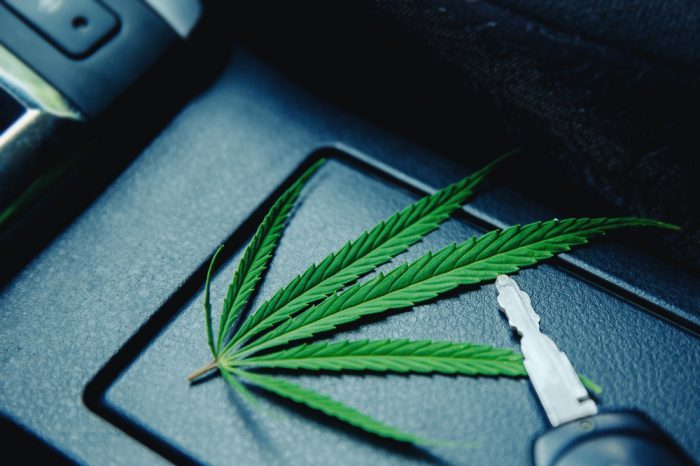 Testing for alcohol in the breath is a simple process. Alcohol is water-soluble and spreads freely through the breath and saliva, and it’s this that makes it easy to detect with a breathalyzer.

With cannabis, it’s a whole different story. The fat-soluble nature of THC means that it’s not so easily detected. THC moves rapidly from the blood and into fat cells in a process that can take as little as two hours. While levels of THC in the blood may return a negative result, the subject may still be under the influence. Conversely, THC is detectable weeks after exposure and detection may not be an indication of intoxication. Unlike with alcohol, the maximum level of cannabis intoxication does not coincide with peak plasma levels in the blood.

Medicinal cannabis patients who consume cannabis on a daily basis also represent a real headache for law enforcement. With frequent consumers, THC accumulates in the body tissue and slowly releases over time. This means that medicinal cannabis patients could conceivably test positive up to thirty days after last consuming cannabis. Add to that tolerance from daily consumption, and we quickly realize there can be no suitable test for THC intoxication.

With no testing method to accurately evaluate levels of intoxication, the authorities have a job on their hands catching up. In the meantime, for our part, we can all do our bit to make the roads safer. Be smart about your vehicle usage and save that joint or edible until you know you’re driving is complete for the day.