Interstate trafficking by American citizens is a common practice, but prohibition states are getting fed up.

With the patchwork of medical cannabis laws across the US, there is growing confusion. Federal laws prohibiting cannabis contradict policies at the state level, which is complicating state borders. Did you know it’s a federal offense to move cannabis across state lines, even between two legal states? This legislative quagmire is bogging everyone down. It has led to a growing population of “marijuana migrants” and a serious problem of interstate trafficking.

How much of a problem is interstate cannabis trafficking? It depends on who you ask. States with stringent anti-cannabis laws, like Indiana, would probably tell you it poses a significant risk to their residents. On the other hand, Colorado and Washington State may have other opinions, as they are likely some of the sources for the trafficked product.

Interstate trafficking has another side as well: the patient side. Patients in states without medical cannabis programs are desperate for access. So desperate, in fact, that they have long flocked to states like Colorado. These patients are willing to break their own states laws, as well as federal interstate trafficking laws, for the sake of their health.

The issue of interstate trafficking of cannabis is not just about black market cannabis moving from legal states to prohibition states. It’s a very complicated picture, involving bad policies, desperate patients, and a failed federal War on Drugs.

Where is the Black Market Cannabis Coming from?

According to recent reporting from Big Think, “Overall, it appears that marijuana legalization has led to decreases in not only marijuana smuggling, but also smuggling of all drugs across the border.” But ask anyone in a prohibition state, and you’ll soon discover that the slowdown of cartel cannabis hasn’t stemmed the flow. Now cannabis moves across state lines, rather than international borders.

Oregon is perhaps the most cited source of illegal cannabis nowadays. When their adult-use legislation opened the state to commercial cannabis, it was a modern-day gold rush. Unlike other states, Oregon had no cap on licenses and a low entry barrier. The market quickly became a free-for-all. That immediately led to a major oversupply problem.

As an example, in late 2018 one report advised Oregon had 2065 registered cannabis businesses. Washington State and Colorado, by contrast, had roughly 1500 each. In 2017, Oregon produced a whopping 1.1 million pounds of the plant, but the state only has 4.1 million residents. Some estimated this was nearly triple the amount that the state could feasibly consume. So where does all this excess cannabis go?

Desperate and financially strapped companies, who were dropping like flies with bottom-of-the-barrel prices, started moving their product illegally over state lines. With no other choice but to destroy their harvest in some cases, companies chose to break federal laws and begin interstate trafficking to make some profit off the excess.

Failed Legislation is Also to Blame

In other states, it’s not so much a problem of oversupply as failed legislation. In California, upwards of 80 percent of cannabis sold today is still sold on the black market. Long-time growers are either drowning in the bureaucratic mess brought upon them by legalization, or stubbornly avoiding the new laws. The California black market product remains untracked in the state, and is likely contributing to interstate trafficking. 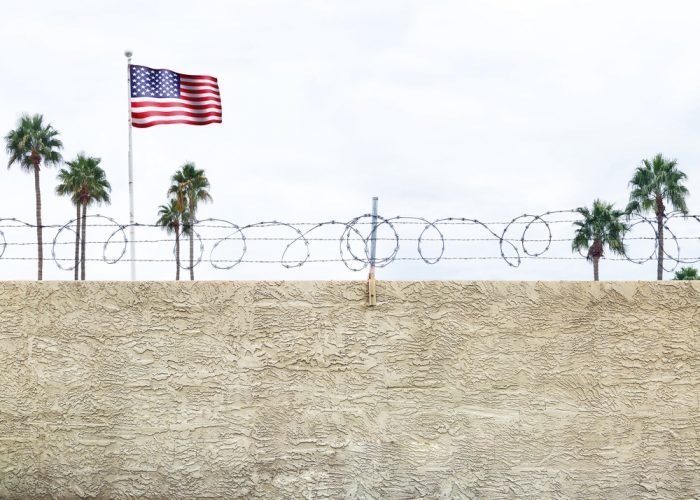 Are Patients Responsible for Interstate Trafficking?

In what has been dubbed by some news outlets as the “marijuana migration,” patients are distraught enough to move across the country to seek medicine for their children. Some of the most visible faces of this migration are the parents of children with rare forms of pediatric epilepsy. Parents like Christine Gordon, who moved from Kansas to Colorado to save her daughter’s life. As she explained to Now This is News, “Colorado absolutely is saving my daughter’s life. She has been able to stop seizure activity in under three minutes. That was unheard of in Kansas.”

The American economy was built on the notion of supply and demand, and in some places, there is a major cannabis-shortage. Capitalism dictates that supply will flow where there is demand. More patients are fed up with the current pharmaceutical repertoire than ever before. They’re finding ingenious ways to get cannabis, including in states with medical cannabis programs, and those without.  No matter how hard a state’s legislators try to limit the inflow of cannabis, both medical and recreational, it’s going to get increasingly difficult.