Is Cannabis an Antibiotic?

A Centers for Disease Control report says that antibiotic-resistant bacteria and fungi are responsible for 35,000 deaths in the United States each year. Accordingly, the associated economic costs are massive. In a study published in Pharmaceuticals and Medical Technology (2018), [1]Thorpe, K. E., Joski, P., & Johnston, K. J. (2018). Antibiotic-resistant infection treatment costs have doubled since 2002, now exceeding $2 billion annually. Health Affairs, 37(4), 662-669 the researchers estimated that antibiotics resistance added $1,383 to the cost of treating a patient with a bacterial infection. Figuring in the number of infections in just 2014, the total cost tops $2.2 billion per year.

Fortunately, the problem is easy enough to understand. Essentially, doctors can’t treat antibiotic-resistant infections with antibiotics to which these were once sensitive. Subsequently, the medical community needs novel antibiotic treatments to combat these infections. In an era of growing medical interest in the efficacy of cannabis to treat a broad spectrum of physical and mental ailments, it might not come as a surprise that cannabis researchers are targeting antibiotic-resistant infections with cannabinoids. However, this is not the first time that researchers have studied whether cannabis is an antibiotic.

Investigations into the antibiotic potential of cannabis are not new. In 1976, researchers detailed [2]Van Klingeren, B. & Ten Ham, M. (1976). Antibacterial activity of delta9-tetrahydrocannabinol and cannabidiol. Antonie Van Leeuwenhoek, 42(1-2), 9-12 that cannabis inhibits the growth of bacteria in vitro (in a laboratory setting outside of a living organism). However, over the years, in vitro investigations into cannabis’ antibacterial properties have continued, and diversified across a wider array of cannabinoids including cannabidiol (CBD), cannabichromene (CBC), delta-9 tetrahydrocannabinol (THC), and cannabinol (CBN).

In a study published in the Journal of Natural Products (2008), [3]Appendino, G., Gibbons, S., Giana, A., Pagani, A., Grassi, G., Stavri, M., … & Rahman, M. M. (2008). Antibacterial cannabinoids from Cannabis sativa: a structure− activity study. Journal … Continue reading the researchers also found that five major cannabinoids showed powerful activity against a variety of methicillin-resistant Staphylococcus aureus (MRSA) strains. Certainly, if cannabis could act as a new antimicrobial treatment in highly resistant bacterial strains in humans, that would be a big win for healthcare. The human body, however, isn’t a petri dish.

The question “is cannabis an antibiotic?” can only be answered after moving well beyond in vitro studies. Thankfully, Canadian researchers have taken the first step. 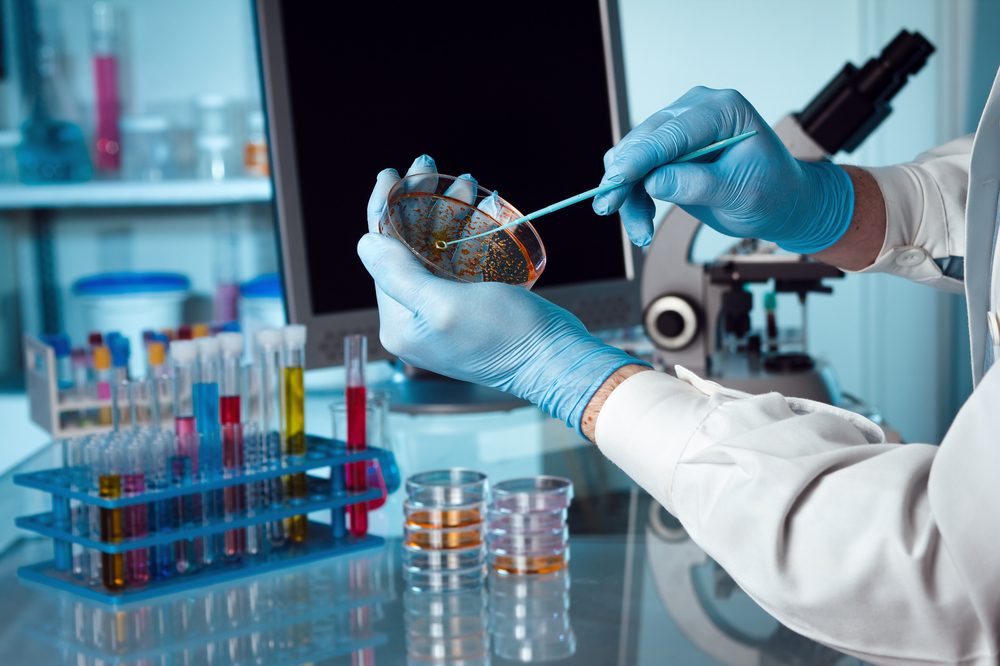 Researchers from McMaster University built upon previous research. Recently, the McMaster scientists executed one of the first in vivo research studies to test cannabis as an antibiotic. The research team tested several cannabinoids in mice, including a synthetic form of CBG. Across multiple trials, CBG demonstrated the greatest antibacterial potential. Amazingly, CBG treated MRSA as effectively as an antibiotic called vancomycin, which is commonly provided to fight against antibiotic-resistant bacteria in the gut. As a result, their findings were recently published in bioRxiv (2020). [4]Farha, M. A., El-Halfawy, O. M., Gale, R. T., MacNair, C. R., Carfrae, L. A., Zhang, X., … & Brown, E. D. (2020). Uncovering the hidden cipro antibiotic potential of Cannabis. BioRxiv, … Continue reading The researchers showed that cannabinoids exhibit antibacterial activity against MRSA. The antibacterial action works because the cannabinoids stop the MRSA from forming new biofilms, and destroy pre-formed biofilms. The exact mechanism of action is a targeting of the cytoplasmic membrane of Gram-positive bacteria. However, the researchers also found success against Gram-negative bacteria, unlike the 1976 in vitro studies mentioned earlier.

Gram-negative bacteria are more difficult to treat because they have a more protective cell wall. The researchers combined the cannabinoids with a chemical called polymyxin B. The drug cocktail destroyed the multi-resistant Gram-negative bacteria. Further, the authors concluded that their findings reveal the wide-spread therapeutic potential for cannabinoids in the fight against antibiotic-resistant organisms, and warrant further research and optimization.

Cannabis plants are particularly rich in antibiotic compounds. However, this does not necessarily make them unique compared to other plant species. Mark Blaskovich, who studies antibiotic cannabis compounds at the University of Queensland, notes that tea tree, garlic, and some spices also contain antibacterial compounds. Blaskovich says, “These are likely made as a defence mechanism to protect the plant from bacterial and fungi infections.”

Unfortunately, Blaskovich also notes that these compounds, “have not been very useful for human infections as they really only work outside the body.” However, that’s, “what makes this new report potentially exciting – evidence that cannabigerol (CBG) is able to treat a systemic infection in mice.” Remember, though, that this is only the beginning stage of ongoing research. 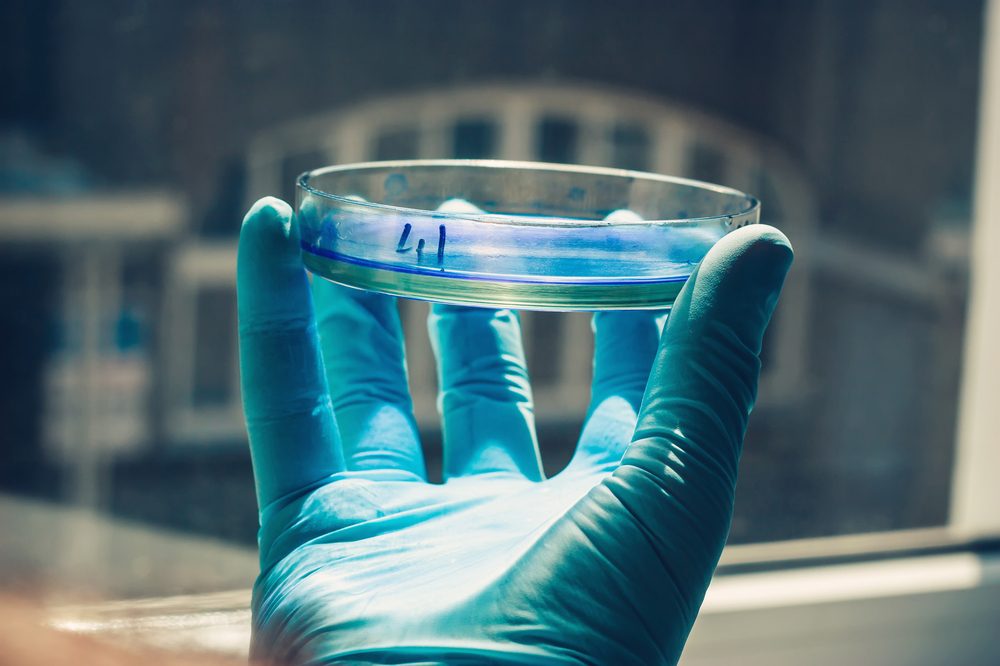 The McMaster study is preclinical evidence. Although CBG had success in treating antibiotic-resistant bacteria in mice, this doesn’t provide any evidence for its effectiveness in humans.

Additionally, the researchers found that in high doses, CBG damaged healthy human cells. According to Eric Brown, one of the McMaster researchers, the next step is to modify the CBG compound, and perhaps combine it with another substance to reduce toxicity. Researchers must establish the safety of a drug before wide-spread human trials can occur.

Is Cannabis an Antibiotic for Humans?

Without clinical evidence, there is no definitive answer. The road to human trials is long but necessary to give confidence in the safety and effectiveness of treatment. Thankfully, these preliminary studies give a reason for optimism. Antibiotics are one of the greatest achievements in modern medicine, but over-prescription increases antibiotic resistance.

If cannabis can successfully treat these infections in humans, the medical community might have the novel antimicrobial treatment that they have been searching for.