Is CBD Dangerous? The FDA Thinks So

That’s the kind of news soundbite that can send consumers scurrying and, really, how worried should we be about the question: Is CBD dangerous?

The warning letters constitute the most public notice yet that the FDA may be poised for a crackdown. Why? Because some of the companies selling the substance are marketing it as a “dietary supplement,” making them subject to regulation by the FDA. And, because the FDA has only cleared one CBD-based product for sale in the United States (Epidiolex – a drug for epileptic children), these other products stand in violation of the law.

But, is there a legitimate reason for the agency to intervene? The warning letters potentially point to upcoming lawsuits, but could just as easily signal the agency’s reluctance to get involved in the budding industry.

After all, while the FDA maintains that it doesn’t know the answer to the question, “Is CBD dangerous?” there are reams of evidence showing that it’s a perfectly safe. Instead of threatening litigation, the agency may be prodding companies to change their product labels and marketing materials so that it doesn’t have to get involved. 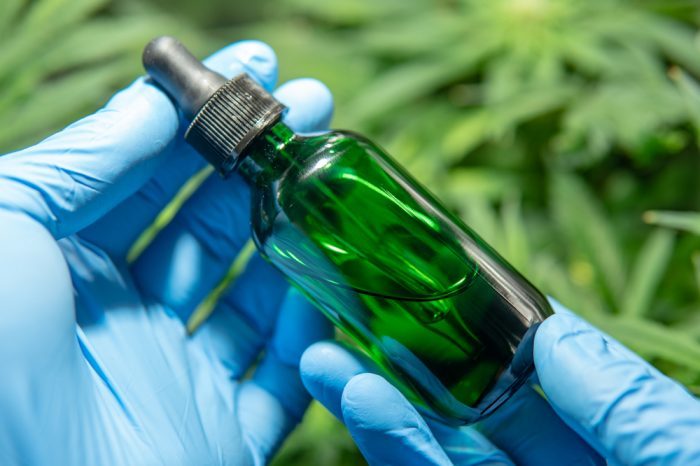 The FDA has set up a website to showcase its concerns about CBD and its effects on the human body. The concerns mainly amount to three claims: That CBD causes liver damage, that it makes people sleepy, and that not enough studies have been done on CBD to truly understand the sum total of its medicinal effects.

Those claims are all largely standard; no different from the warnings that come printed on a bottle of ibuprofen. All the same, it’s worthwhile to examine each claim independently.

First: CBD causes liver damage. If that’s true, the answer to “Is CBD dangerous?” would be a “certainly.” However, it’s not true. To put too fine a point on it, it’s only true for mice at terribly high dosage levels.

The idea that CBD may cause liver disease came from a single study published in the journal Molecules (2019), that concluded that 8-week-old mice given large doses of CBD had increased hepatoxicity. In English, the mice suffered liver disease.

While the article made the rounds in the media (with Forbes devoting a particularly odd and sensational article to the study’s so-called conclusions), the reality is that the paper doesn’t prove anything. It’s one piece of research, published in a lesser-known journal, that found a very weak correlation between six mice and extremely high dosages of CBD. There is more evidence that Sweet ’n Low causes cancer in laboratory rats than that CBD could pose a threat to human livers.

For the record, Tylenol also causes liver problems in humans (as the FDA readily admits). The difference is that nobody freaks out about Tylenol. The most fascinating aspect of this laissez-faire attitude regarding Tylenol is that it CAN kill you but has never passed through a single double-blind placebo test for safety.

Plus, other studies published in bigger journals have come to the opposite conclusion about CBD and liver disease. A research paper published in the British Journal of Pharmacology (2010) found that CBD improves brain and liver function in mice. And according to a study published in the Cell Death and Disease (2011), CBD may actually help treat liver damage by killing the hepatic stellate cells (HSC) that cause scarring in cirrhosis.

Forbes did not devote an entire article to those conclusions, however. It seems that many media outlets only want to answer, “Is CBD dangerous?” when the answer is “Yes” or “Maybe.”

The FDA’s second claim against the safety of CBD is that it causes drowsiness. This one is fairly true. While drowsiness can be bad, a little sleepiness does imply danger.

Here are other substances that cause drowsiness: Eating too much food, staying up late, drinking alcohol, Benadryl, Nyquil, vigorous exercise. The list goes on. And while some of these products may be dangerous, all of them are approved by the FDA (the ones they can approve anyway – the agency holds no power over things like exercise).

If someone asked, “Is Benadryl dangerous?” it would be hard to answer affirmatively. It’s only dangerous when used improperly, the same way that so many substances are dangerous. People should answer “Is CBD dangerous?” the same way: negatively.

Sleepiness is simply not dangerous. Operating heavy machinery while sleepy is dangerous.  But on its own, sleepiness is not an inherent dangerous state. If it were, bedtime would be life-or-death situation.

The FDA specifically suggests that combining alcohol and CBD can be dangerous because it leads to greater drowsiness — but combining any two depressants can cause more drowsiness. That’s not enough to have real concerns about CBD. If combining CBD and alcohol led to some sort of chemical imbalance, that would be cause for real concern. But that’s not the case. 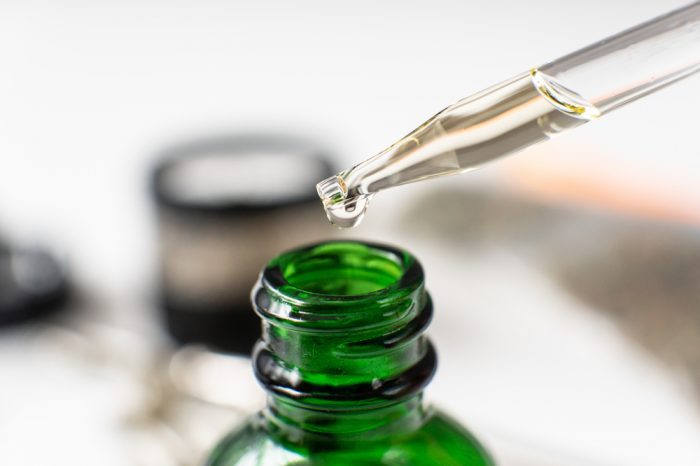 CBD and the Problem of Data

Anyone who has followed the legalization debate long enough will instantly recognize the “not enough argument” for the what it is: A total cop out.

When anti-cannabis activists see all the evidence pointing out the good that CBD can do for people – easing pain, fighting cancer, battling insomnia, reducing anxiety, lifting spirits, etc. they fall back on the tired old refrain that “not enough” research has been done.

But in all that talk, no one has ever suggested how much research is enough. New studies on CBD come out all the time. Beyond that, people all over the United States are taking CBD at high rates. And there’s been no health problem the way there has been with vaping cartridges.

Of course, there is need for more research. The human endocannabinoid system and cannabis have been woefully understudied. New studies need to happen, but not to show whether or not CBD is dangerous. Rather, to show how beneficial it is and which dose is recommended.