Is It Illegal To Own A Glass Pipe in America?

Anyone who’s ever tried to buy knows it’s almost always illegal to own a glass pipe for cannabis.

There are many signs you’ll see at your local head shop: Glass Pipe. Water Pipe. For Tobacco Use Only. These are all familiar to anyone with an affinity for cannabis, but these highlight a serious concern facing consumers. Despite the efforts of legalization, many consumers don’t know they even need to consider the answer to the question: Is it illegal to own a glass pipe?

According to National Organization for Reform of Marijuana Laws (NORML), thirty states still punish possession of glass pipes with fines or jail time. And paraphernalia seem to be an area of the law that remains overlooked as states decriminalize and legalize cannabis, leaving many consumers at risk for incarceration.

Is it Illegal to Own a Glass Pipe?

The answer, sadly, is it depends.

Strictly speaking, there’s nothing inherently against the law in owning a glass pipe — as long as it’s not used for cannabis. Therefore, the head shops have signs urging consumers to only use paraphernalia with tobacco. Of course, this is about as clever as drunks hiding beers in paper bags while standing on the corner. Everyone knows what’s going on, but no one looks straight at it.

The trouble comes in using the pipes. Any amount of residue can be seen as an illegal use. And, in some cases, even having cannabis in the same vicinity as a glass pipe can count as “intent to use.” Is it illegal to own a glass pipe? Technically, no. Practically, yes. 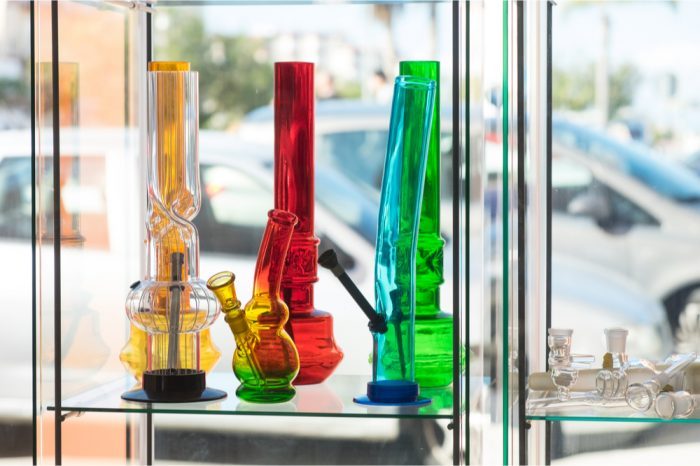 What About Selling Bongs?

We may not know the answer to, “Is it illegal to own a glass pipe?” but what about selling them? Surely, that’s legal. After all, you can buy a bong in just about every decently sized city across the U.S.

But, the legal answer isn’t that simple.

Back in the heyday of the George W. Bush administration, then-Attorney General John Ashcroft launched an all-out offensive against bong sellers called “Operation Pipe Dreams.” The goal was ostensibly to crack down on cannabis usage, long the boogeyman of Republican fantasy stories, but the reality was a law-and-order PR campaign.

The most famous victim of Ashcroft’s signature achievement was comedian Tommy Chong, who was convicted and sentenced to nine months in prison for “a felony of conspiring to distribute drug paraphernalia.” After years of selling water pipes online, Chong became the victim of Ashcroft’s agenda.

In a way, the tale has a happy ending. After Chong’s incarceration, the Obama administration abandoned the practice, and Trump’s people have largely left bong sellers along — as long as they adhere to charade of selling glass or water pipes.

If the federal government were asked “Is it illegal to own a glass pipe?” its answer would be: Sometimes.

In most states, you can answer the question “Is it illegal to own a glass pipe?” with a resounding yes. At least, most of the time.

In practice, getting caught with a bong is hardly charged and is almost always a misdemeanor. First offenders are likely to get hit with a small fine and community service, but zealous prosecutors can use these punishments to turn the screws. The intent would be to pressure low-level dealers who can rat out higher-ups.

The penalties for owning a glass pipe with cannabis residue in each state are as follows: 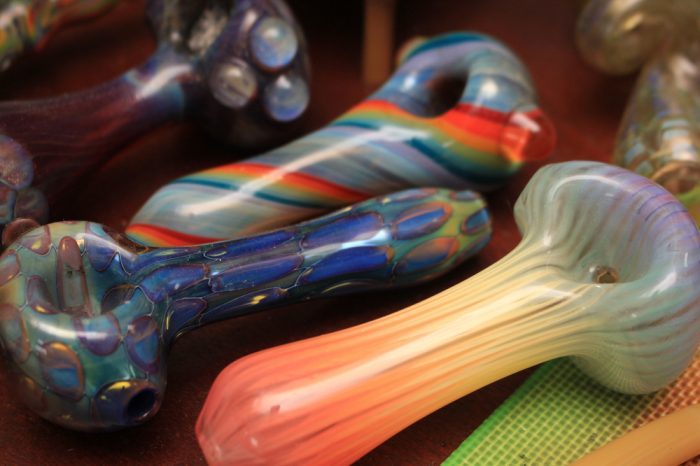 Yikes. Let that motivate you to keep your pipe clean.