What used to be a never-heard-of-it vomiting condition, graduated to a rarity, and is now afflicting even cannabis celebrities. How the heck did this happen?  While experts point the finger at cannabis legalization for Cannabinoid Hyperemesis Syndrome (CHS), maybe we need to look a little more closely at other factors. Now, I’m not saying there is a conspiracy here or anything, and I know that correlation is not causation, I’m just saying that neem-based pesticides were first approved for use on food crops in 1994. And a few years later, it became widely available as an ‘organic’ alternative to ‘bad pesticides.’ And then the first case of CHS emerged in 2004…..

What is Cannabinoid Hyperemesis Syndrome?

Hyperemesis is a fancy way of saying ‘a lot of endless vomiting’. And CHS is literally “vomiting caused by cannabis or cannabinoids.” It’s a diagnosis that first appeared in 2004 to explain why some regular consumers of cannabis were suddenly getting sick. And really sick. CHS causes so much vomiting that it can lead to kidney failure.

Basically, humans have been consuming cannabis for thousands of years, but it wasn’t until the twenty-first century that we noted CHS. Strange, no?

At every intake, doctors inquire about dietary habit, stress, medications, and drug use. When someone with chronic nausea and vomiting mentions cannabis, it sets off alarm bells. Truthfully, most doctors have minimal professional education about cannabis. Sadly, this means that many blame cannabis for ailments without evidence to support these claims.

Cannabis is listed as the cause because stopping its consumption also stops symptoms of CHS. And that makes sense, in a way. If interrupting cannabis use stops the vomiting, it’s natural to think cannabinoids are the cause of the condition. But that’s probably not the complete picture.

Pesticides prevent insect invasions in many plants, including cannabis. And one popular ingredient in modern, natural pest-control sprays is Neem oil. Neem oil is a naturally occurring substance that is pressed from the seeds of the Neem tree, an evergreen that grows in the tropical and sub-tropical climates in South Asia. 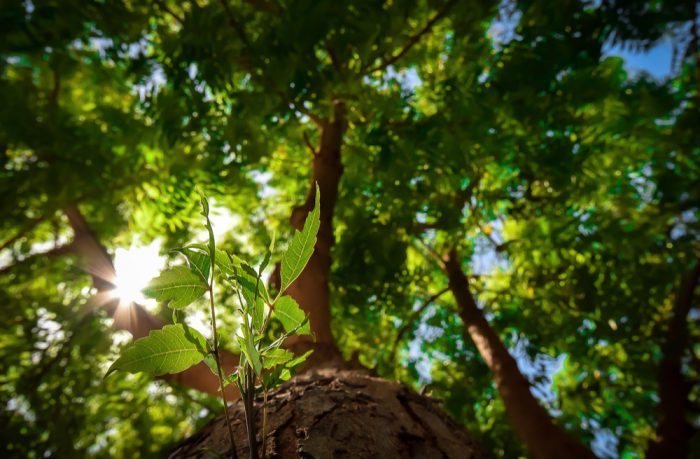 And while many outlets claim that Neem oil is mostly safe, even the Environmental Protection Agency won’t claim that it’s completely non toxic. Instead, it’s classified as having a “low toxicity.”

Neem oil contains a chemical called Azadirachtin, which can be poisonous to humans. In fact, the symptoms of Neem oil poisoning are almost an exact match with those of CHS. Patients who have been exposed to too much Azadirachtin are nauseous, sleepy and vomiting. Hmmmmm.

In fact, even the official literature raises doubts about CHS. One study explained that two long-term cannabis users in Colorado, who were diagnosed with CHS, saw their symptoms disappear after switching brands of cannabis. This suggests that it’s not cannabis causing the symptoms, but something else. Perhaps those strains were treated with a Neem oil-based pesticide that wasn’t properly washed off?

How Neem Oil Gets into Your Bud

Cannabis growers usually fall into two groups (which aren’t mutually exclusive). One group is the illegal or semi-legal growers who try to ship as much product as they can under the nose of the authorities. The other are the pro-cannabis retailers who want to help consumers medicate and feel better. Both may use Neem oil.

Neem oil markets as a safe and natural alternative to the poisonous and cancer-causing pesticides that make headlines. A natural, safe spray would appeal to cannabis growers who already know the benefits of all-natural cannabis. And its relatively inexpensive price tag might give further appeal to a distributor 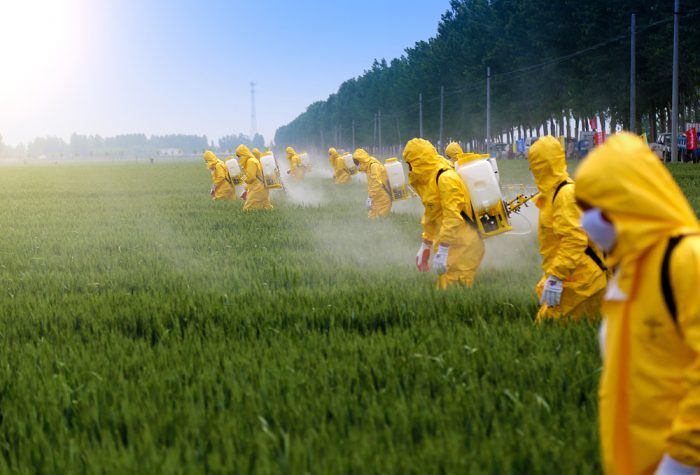 s who are trying shore up their bottom line.

RELATED  Cannabis Consumption is Up But Not Psychosis - Hmmmm

Unaware cannabis growers who think they’re saving a buck or using a safe spray are likely using it now. And let’s be clear: Most cannabis consumers can ingest a little bit of Neem oil without getting sick. It’s only in large quantities that the extract is toxic. After all, only ‘chronic smokers’ exhibit the symptoms of CHS.

Instead of blaming cannabis out right, it makes more sense to examine the cannabis that results in  CHS to see if it’s been treated with a poisonous pesticide. My bet is on the toxic chemical as the culprit.