Is There a Connection Between Cannabis And OCD?

Can you say cortico-striato-thalamo-cortical circuits (CSTCC) three times fast? That mouthful is the area of the brain thought to be responsible for Obsessive Compulsive Disorder (OCD). A dysfunctional CSTCC leads to uncoordinated loops of information, which means falling into a circular pattern of behavior. It’s hard to extract any non-ritualized behavior without anxiety and distress.

And it’s not the ‘obsessive cleaning’ that so often makes the condition appear frivolous. OCD can be severely debilitating, with rituals that hinder daily life, and intrusive thoughts that haunt the patient and offer no peace.

Cannabis and OCD is a new, but perhaps unsurprising approach, to managing the symptoms of the disorder. There are frustratingly few pharmaceutical options for anyone with OCD today, and there are no cures. Physicians typically prescribe two types of medications: Selective Serotonin Reuptake Inhibitors (SSRIs), and in more severe cases, an antipsychotic.

Neither option has a high success rate, and the latter often comes with dangerous side effects. As one review put it, “these drugs often provide only limited relief of symptoms, and are ineffective in some patients.” So now what?

Increasingly, research is exploring the impacts of the endocannabinoid system on obsessive behaviors. Which means, theoretically at least, cannabis and its many cannabinoids could play a role. The research on cannabis and OCD is barely underway, yet it’s one of the most exciting developments in years. Imagine a safe, all natural solution to manage the symptoms of OCD, all with minimal side effects? 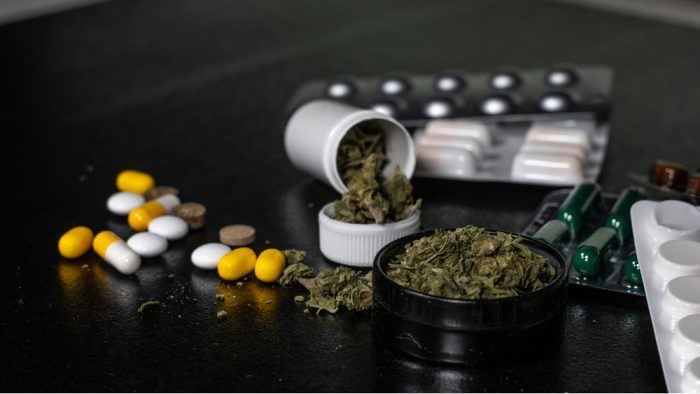 What Role Does the Endocannabinoid System Play in OCD?

Hold on tight, because it’s about to get complicated.

The endocannabinoid system works to maintain perfect homeostasis in mind and body. While managing several essential biological processes, it also is a crucial element within your central nervous system.

In the words of one literature review, the endocannabinoid system works in the central nervous system “producing downstream effects which, broadly speaking, have been described as supporting the goal to ‘relax, sleep, forget, and protect.'” Your endocannabinoid system, when functional, keeps you chill.

Within the brain of someone with OCD, the baseline experience is one of anxiety, stress, and distress. Cannabis use is already associated with relaxing, sleeping, and forgetting, which could be therapeutically valuable for people with OCD. Considering we already know there is a large concentration of cannabinoid receptors in the brain, it makes sense to assume cannabis might have some effect over the rituals and thought cycles associated with OCD.

What We Know About Cannabis and Anxiety Disorders

A significant component of OCD is anxiety. Anxiety is an underlying symptom that quickly solidifies ritualized behaviors. Cannabis is already under intense study for use in anxiety disorders, with impressive results in both animal studies and human trials. So, is there a future where cannabis replaces SSRIs for the treatment of OCD?

In experimentally induced anxiety, dronabinol (a synthetic cannabinoid) helped reduce the fear stimuli and improved fear extinction memories. Dronabinol has also performed well in small studies on patients with Post Traumatic Stress Disorder (PTSD), in which it reduced the response to fearful stimuli. Another pharmaceutical preparation of cannabis, nabilone, successfully reduced insomnia and nightmares in patients with PTSD.

Furthermore, there are other impressive results from several studies on smoked cannabis as well as others on dronabinol for reducing the symptoms of Tourette Syndrome. OCD can be a daughter condition of Tourette’s. Each case shows cannabinoids perform better than placebo for reducing tic severity and reducing obsessive-compulsive behaviors. 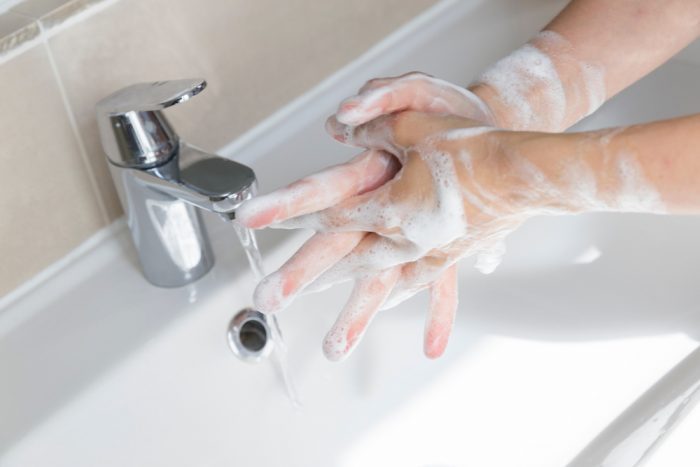 Cannabis and OCD: What the Research Says

What about cannabis specifically for OCD? In the literature review referenced earlier, entitled “The Endocannabinoid System: A New Treatment Target for Obsessive Compulsive Disorder?” the authors describe three case studies on cannabis and OCD.

In each case, the patient had multiple diagnoses, not just OCD. For example a 36-year-old man with schizophrenia and a 38-year-old woman with major depression. In each case study, the patient did not respond to conventional therapies. Researchers administered daily dronabinol doses to participants. Over the short-term, each patient saw a significant reduction in the severity of their OCD symptoms, as recorded using the Yale–Brown Obsessive Compulsive Scale.

These three case studies are valuable because they lay the groundwork for clinical trials, but it’s important to take them all with a grain of salt. First, these case studies follow just a single patient, with multiple diagnoses beyond OCD. Secondly, researchers gave patients a synthetic cannabinoid rather than dried herb or concentrate. Finally, each case study was relatively short-lived, with follow-up lasting only a few weeks. We have a lot more to learn, but a convincing enough argument to use as a foundation.

A Word of Caution

In 2017, a paper published in Addictive Behaviors Journal issued a warning about cannabis and OCD symptoms. In an extensive online survey of cannabis consumers, the study found a correlation between severe OCD and cannabis misuse. Even after controlling for other issues like anxiety, stress, and depression, they still found an association between cannabis and OCD. 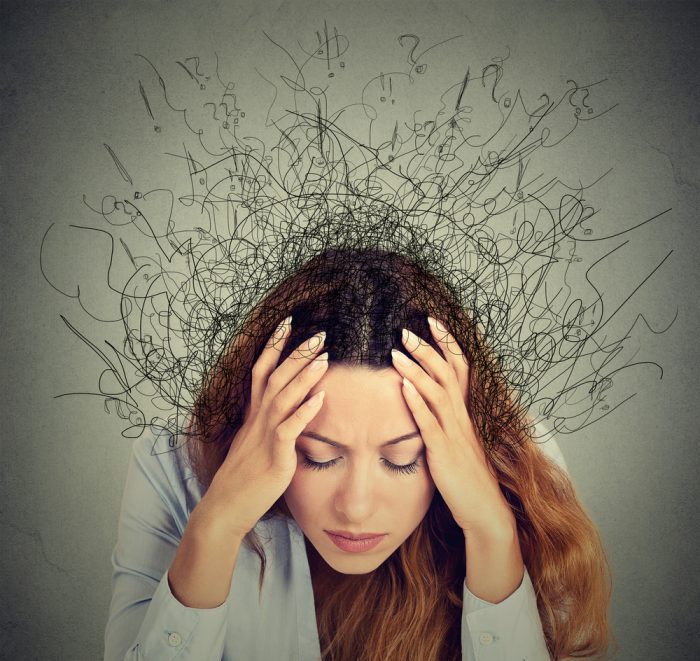 Based on the quality of their data, they stated, “we recommend that individuals with OCD symptoms avoid using cannabis because they may be more vulnerable to the development of problematic use and cannabis use disorder.” Keep in mind this is a survey, and the cannabis consumption did not follow clinical protocol and was self-administered. They found evidence of correlation, but not causation. There is an important difference.

The Future of Cannabis and OCD

There is at least one clinical trial underway exploring the relationship between cannabis and OCD. This trial is a small pilot study, looking at, “whether certain components of the marijuana plant, known as ‘cannabinoids,’ may help to reduce symptoms in patients with OCD.” It will also look into whether different cannabinoids, THC and CBD, produce different results.

There are already many people self-prescribing cannabis for OCD, like Chad. But these patients lack information on dose, strain, and long term efficacy. Hopefully, these stepping stones lays the groundwork for more extensive and more focused studies for cannabis and OCD. The preliminary research shows us that cannabis has anti-anxiety properties, may help reduce the fear response, and may calm repetitive behaviors. It’s not that far fetched to imagine cannabis may be useful for OCD management.